It is always pleasant to see an historical car and this was spotted when I was standing by the bus stop in the middle of Midsomer Norton. 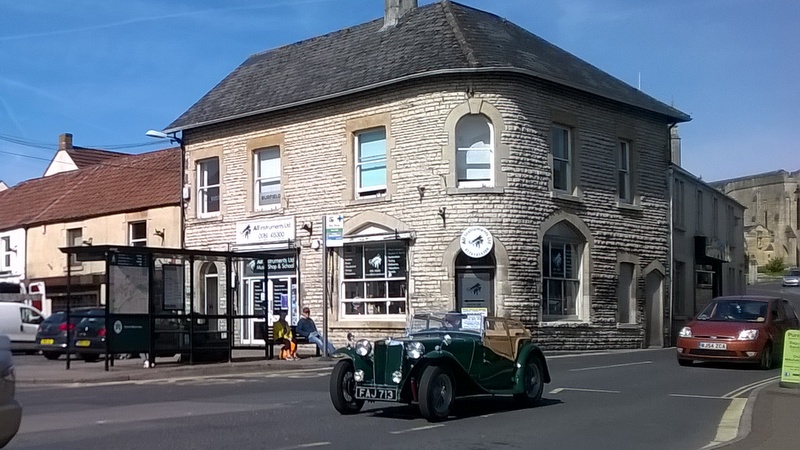 After a very pleasant breakfast at Wetherspoon’s, off on a bus to Bath to a meeting in a Congregational Church Hall on the topic of 5G. The meeting was limited to half a dozen of us who suffered in varying degrees from electro-sensitivity.

Some of us display very acute symptoms when there is the slightest amount of measurable EMF around and the room we had selected was quite low but even that was disturbing to some. We therefore moved out into a courtyard surrounded by stone walls and I must say the atmosphere was very much more peaceful.  I honestly do not think I could have survived in a city like London where I lived for 50 years with my present level of sensitivity. I think people must have to  ‘zombify’ themselves and  just cut off from their senses and take refuge in alcohol etc. I don’t know whether it’s a blessing or a curse to be unaware of electromagnetic fields.

It is very interesting how many people who are described as introvert spark up when the right environment is there. In other words if they feel they are with kindred spirits, there is no stopping them. I found this at our two-hour meeting which zipped by like it was 10 minutes. We were all jumping in, making points, nodding at each other, showing that we knew what we were talking about.

The number of people interested in 5G from the inside point of view and prepared to take an active part probably numbers dozens of the inhabitants of Bath and of Bristol.  However, I suspect that many more people are aware of the subject, and vaguely link it to the cutting down of trees and the gaining of very high speed download of videos. They are neither for nor against but if approached in the right way they would certainly be interested to hear about the downside, the dangerous side, of basically being zapped with microwaves. The problem is that fear prevents you from joining the dots which if you look at the facts dispassionately are pretty obvious.

There are as many entry points as there are people so for example we might catch someone’s attention by saying that 5G enables spying. This means that your movements within your house can be tracked and that when you throw away your toothpaste, that will be registered and an advert pops up on your mobile phone advertising a particular brand of the product.  It is easy to understand why no research was done (Tom Fellows) because this is possibly the biggest moneymaker of all time second only to climate change. From my web site V00080   Forcing a total, Saturated 5G future…. without safety checks. Aug 19 2017 Truth Stream. See the wonderful Tom Fellows in action. Others may not be bothered by this but might be troubled by the increased incidence of nosebleeds, depression, fertility rates, among those who are exposed to 5G.

Someone in the meeting complained that there was a router in her office and this give her pains in her arms and legs. The problem is that you can only really be believed by someone who has experienced it themselves. 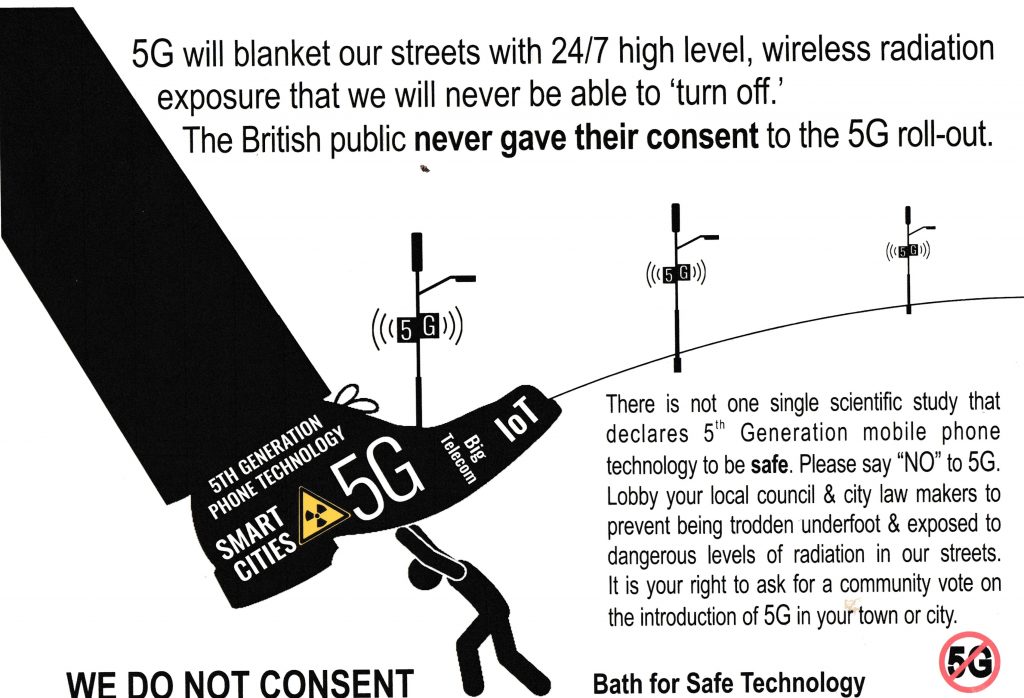 One of the people had a natural talent for design and although the above can be improved, it is very visual and eye-catching.

My impression is that there are very few people who have yet found a group, no matter how small. There is a big chance to build a group into let us say 50 or 100 people where having a public meeting would make sense. I took along some of my 5G leaflets and I gave people 50 or so to hand round to see what effect they would have.

A group having a meeting about anything that threatens the comfortable ness and somnambulance of the population will not be thanked but I think if we concentrate on self damning evidence given by the industry itself we might stand less of a chance of being called the tin hat brigade.

We were told quite shocking facts that about 46% of the couples in Mumbai, India, cannot conceive. This came from a professor so presumably it has some credibility but I must do more research. I feel if we told the full story to people in the very first instance they would simply switch off so I think we have to say things little by little in the way that you give it child taste of food assuring that you do them no harm, and are now willing to eat more. I hope that is not seen as patronizing and I can’t think of any better analogy at the moment.

whenever I go to Bath I always have an eye open for interesting features and we start this little photographic essay at the Holbourne Museum which is splendidly situated in Bath and I would recommend everyone paid a visit both for its art work and for the restaurant on the ground floor. On the way to the art museum I saw this van. 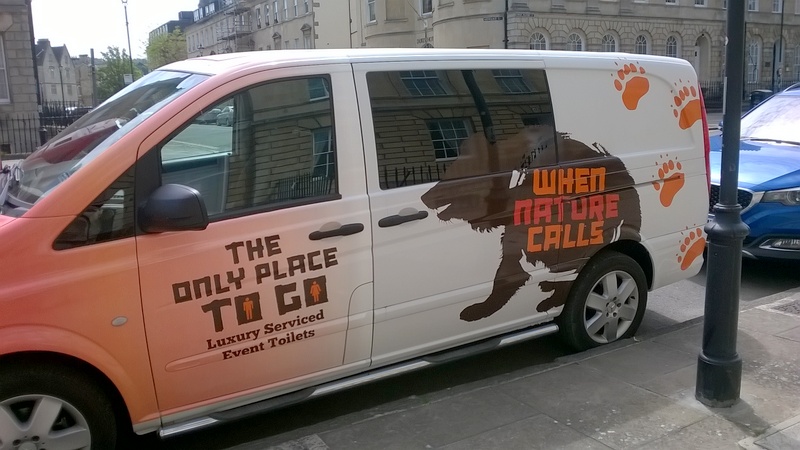 This is inside the grounds of the gallery itself. 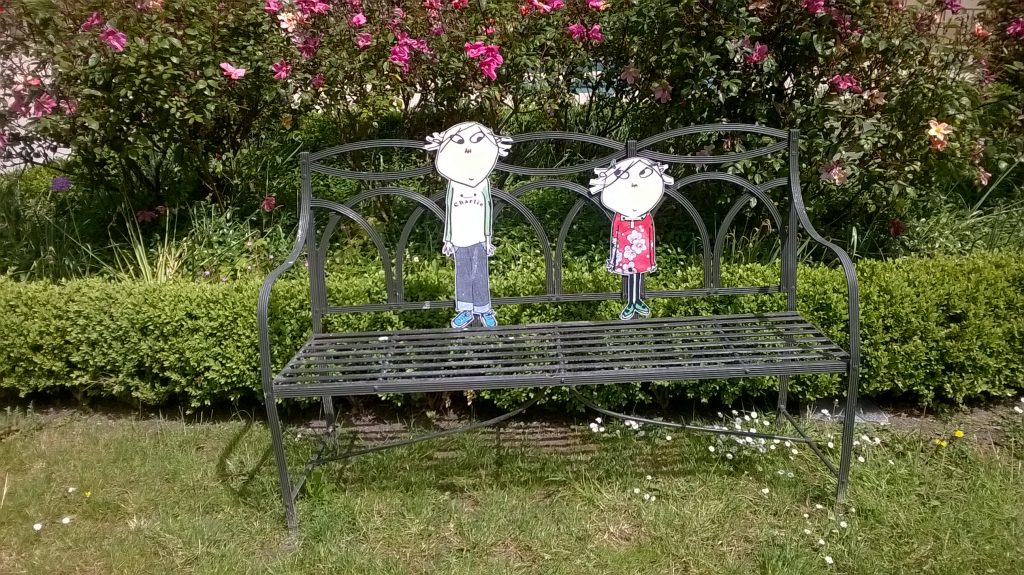 and then inside the gallery on the first floor looking out 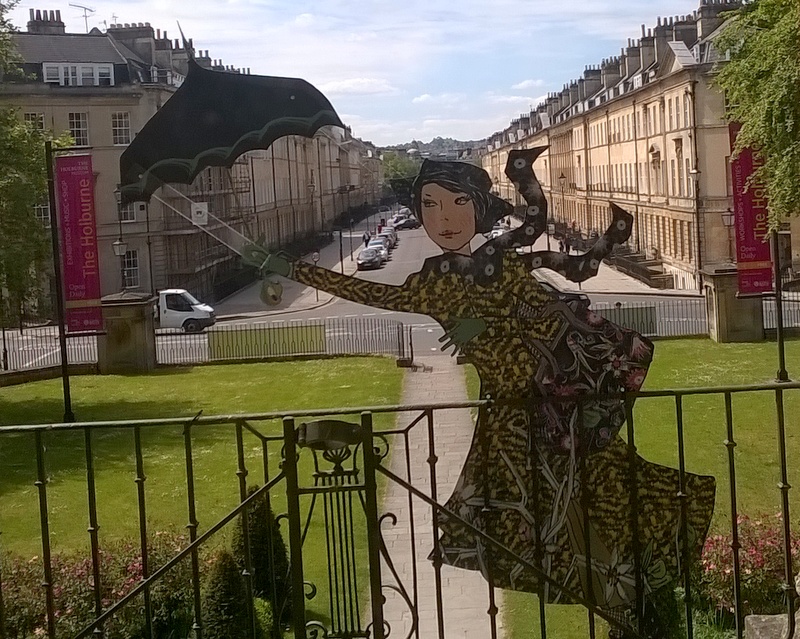 I then went to to Bath city Art Gallery where there is an exhibition by local artists. I love the freshness and spontaneity of these works. 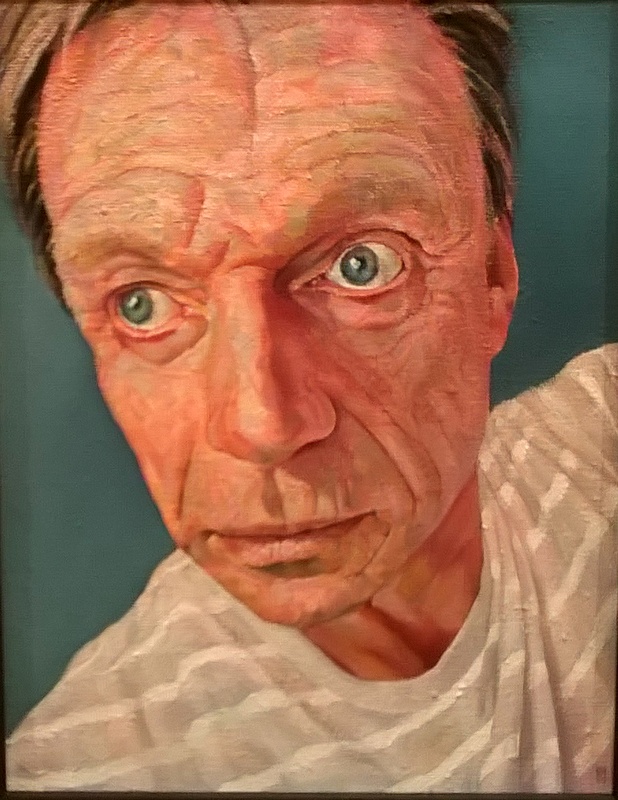 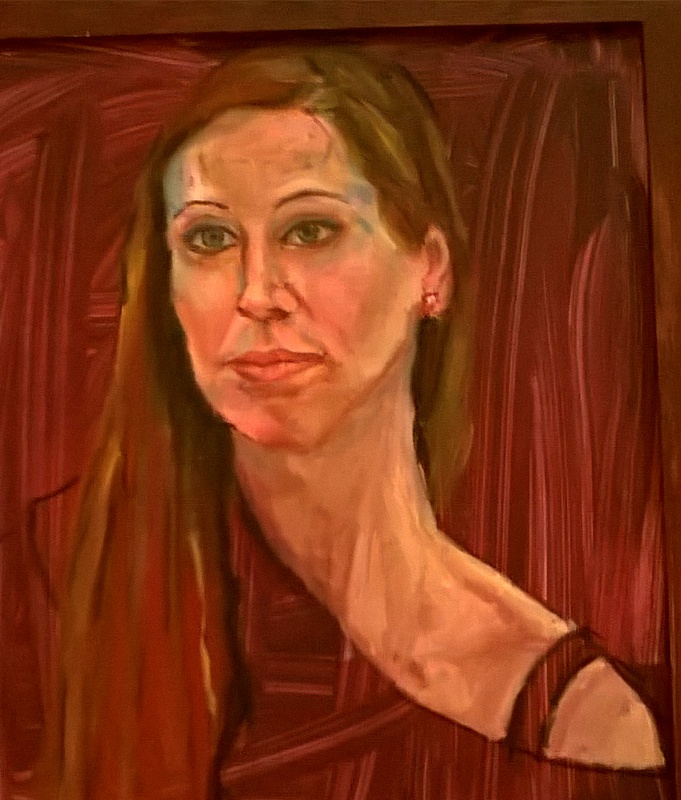 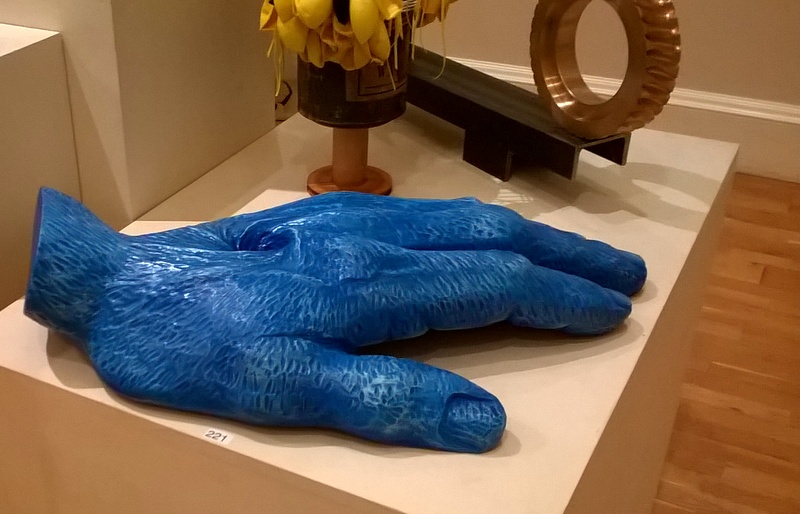 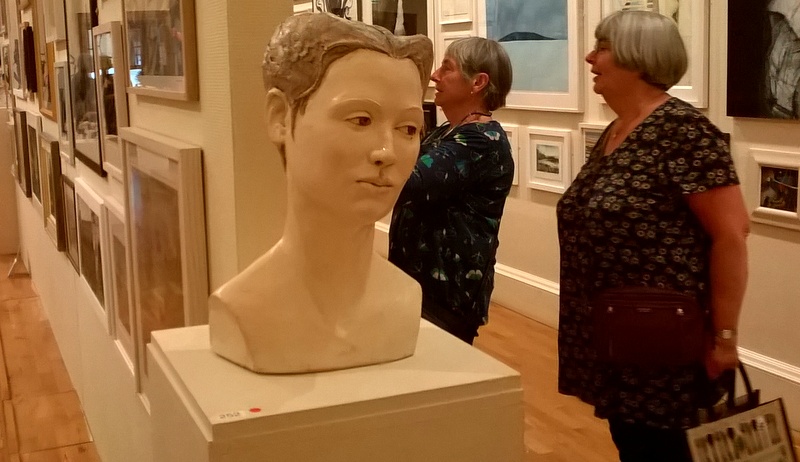 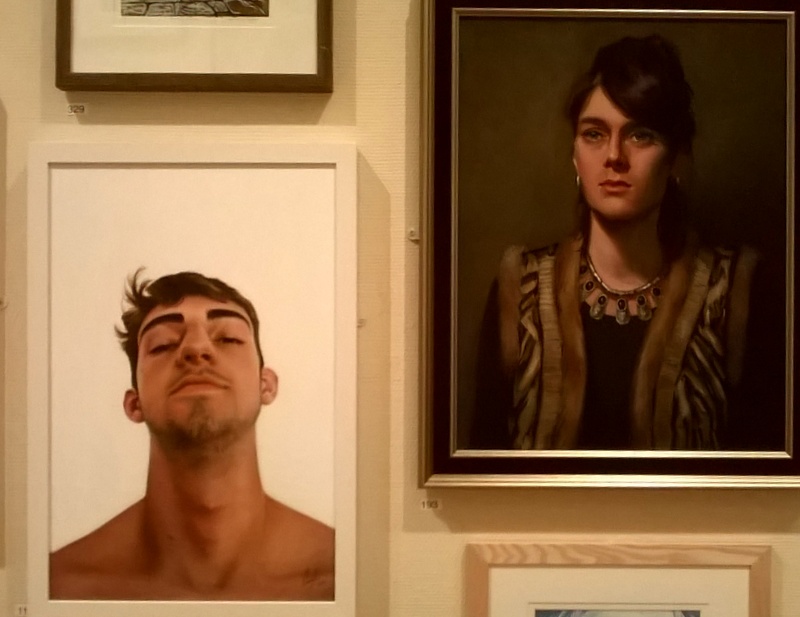 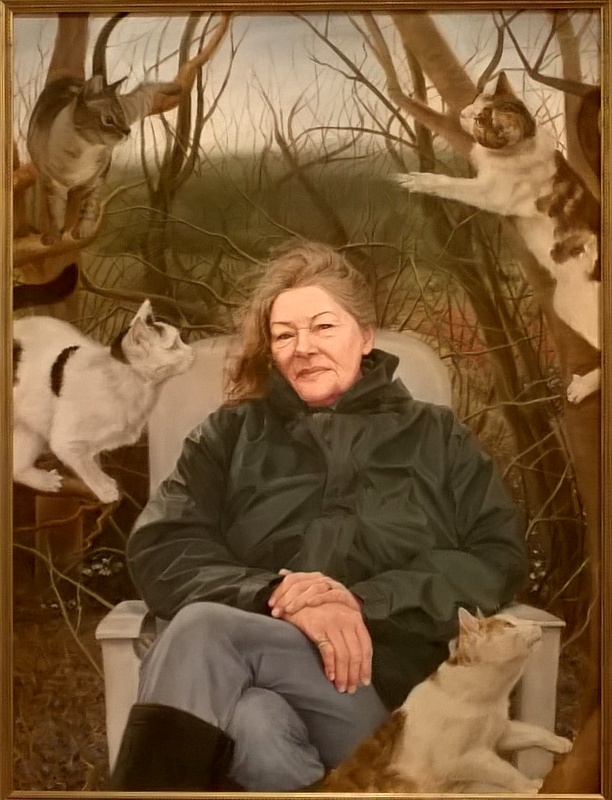 On my way around the town I spoke with an American woman who has been staying in Bath since Monday and was having a wonderful time. She said how friendly everyone was. She said it made such a change from America. I joked with her and said that if she went on like that I would report her to Donald Trump who would send a tweet to everyone.

It continues to be a wonderful day albeit a little bit cold so I think I shall go into the garden and have a sit.  Today, Teresa May was trying to introduce a souped up fourth attempt to get her Brexit bill across and I’m sure she will fail. If we leave the European Union without a deal I think that’s a great idea. About 80% of our laws are from the European Union and many of them are a disgraceful attack on our liberty.