See below – my monthly visit to the hospital. But first……

A day when it is actually not raining and I spied the sun in the sky. Off to do some gardening work for the lady who always watches us. We bought  the lawn mower to tidy the grass – I can hardly call it a lawn, and accomplished the slightly tricky problem of balancing myself on a slippery slope to do strimming. A strimmer does save a mountain of time compared with trying to use a mower on a slope or cutting it with shears.  After an hour the rain started to fall so we decided to call it a day and go along to my local church coffee morning

I must say the coffee morning is better attended than many a church service I’ve been to and I always find people who have something to say. The mother of a teacher was saying how he finds that year on year the pupils are getting more violent, really beating each other up, black eyes, bruises etc. I replied that it was no small wonder when they see so much violence on TV and play these dreadful games on their device. I wonder what sort of parents these children will make if they get round to it at all.

I met another lady who had just come back from Sweden and Denmark. She and her husband had dutifully gone to a local money exchange agent to get a supply of Swedish krona. To her surprise she discovered that in Sweden most shops do not take money at all. They are well on the way towards a cashless society, far more than we are and even more advanced than Finland. So, she more or less brought back all the money she had taken for re-encashment.  There is now a bridge between Sweden and Denmark which replaces the ferry which ran for many years. Evidently the rail had been closed because there was talk of someone with a bomb in Malmo. It turned out this was just a mentally disturbed person who had no bomb.

She also told me that while in a hotel in Malmo at about three o’clock in the morning there was a loud bang. This was evidently someone who was refused entry into a nightclub. The police cordoned off the street the situation was contained. It does seem that there is a lot of friction arising from the behaviour of the immigrants. This is part of a deliberate plan to bring a unity of culture to the whole of Europe, removing cultural differences. I believe that in cases of rape the newspapers are not allowed to announce the ethnic origin of the perpetrator. But, said the lady, apart from that….. they had a lovely holiday.

Good old Brits, we always make the best of things.

To the recycle with some spoil from the gardening job on my way to the hospital for my monthly eye check. I drove in the usual way and parked quite close to a 4×4 which was parked slightly out of its bay.   I opened my door very gently and just touched the car– so quietly that you would not even hear it. The wife who was sitting in the front seat acted as if she had been given an electric shock. When I returned, the husband was staring at me and then staring at the car in some sort of hypnotic trance. I felt like engaging with him asking if there was anything the matter but I thought it was just not worth it. You cannot get rationality from these very sad people. I got an impression of complete joylessness from their relationship, if you can call it a relationship. As they did not say anything to me I just drove off and left them to it. There was literally no mark on the car but I possibly disturbed the dirt layer on the door that’s all. A wipe would have removed it.

To the hospital. It was a lady driver of the park and ride bus and she was a pretty nifty driver I must say. I had my usual lunch in the jolly restaurant which is open to everyone by the way. On leaving the restaurant I heard the pleasant sounds of singing and lingered there to make the video which you can see at the top of this diary entry.

I arrived in the waiting room to find the whole place crowded with clients, mostly people over 60 I must say but then wet macular is a disease of the older people. There is also a children’s clinic so at any time lively children are seen to be running around. I wish people would not let their mobile phones ring for three or four times. They are inevitably set at high volume. They stare at the phone for a bit, taking a long time to decide who it’s from, then saying something like ‘hello mate’ so they did know who it was after all.

I recently bought a pair of new glasses. I was very disappointed that my sight had not improved, rather deteriorated somewhat however I had not had an Eylea injection since 7 April 2019 so it was not too bad. I am hoping that a combination of food supplements and a six week abstinence from alcohol which I’m doing at the recommendation of my doctor will improve the situation. The point is that there is an energetic link between the stomach and the eyes so if I can improve one I can improve the other. 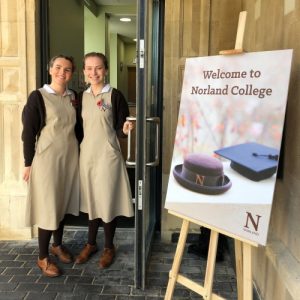 Whilst in the bus on the way back home I saw two nannies from Norland College. Even on public transport, they are dressed immaculately including the wearing of white gloves.

I know that graduates are in great demand worldwide. I guess it is not cheap to train there but what an investment!

I’m very pleased because I have recently registered a new site for campaigning aspects of 5G. Things are really livening up locally now and I’ve been invited to attend and speak to 2 local groups. Very exciting. In case you haven’t looked at my site it is 5G exposed.com  and you can either go to the page on videos which is the best way of getting a quick view of the whole thing or, latest articles