The day started warm with bright blue skies, the sort of morning where you want to pad around the garden in bare feet drinking a coffee. When I do a gardening job, it’s first and foremost serving a human being and secondly doing the technical side, restoring the garden to something of its former glory. Like my work with relationships, the longer you leave it the more difficult it is to remedy. People leave asking a counselor about their relationships when they’re about to divorce or have divorced instead of spotting the first signs of difficulty and nipping things in the bud.

Today I went to a lady who happens to be in a wheelchair and lives in a bungalow with her helper, Samuel, who is a Christian. It is very nice to discuss my faith with someone who doesn’t apologise. He says he doesn’t go to any religious institutions such as Catholic or Protestant churches  because he thinks they’ve lost track of the original idea of Christianity. Instead, he goes to a branch of a church in Bristol, or a newly opened branch in Bath, where the preacher studies the Greek and Hebrew texts and speaks directly from them. Samuel said that in translating to the English language or any language come to that, something is lost.

We agreed that there was a difference between reading the Bible as you would read a newspaper or book and studying the Bible which means it’s you do some work on incorporating the lessons into your life. I said I’d be really interested to come along to his church. At my local church in Paulton, there is no incumbent and although I am sure that one will pop along in a few months I do need some nutrition from a real live person in the meantime.  So that was an unexpected pleasure of going along to a gardening job. You never know when testimonies or acts of faith going to happen. He, Samuel, originally from Ghana, was such a contrast to the chap next door to my customer who glowers at me whenever I greet him.

Home to de-clutter myself from my tools and then on to the recycle with five bags of spoil. I’m always on the lookout for useful items such as boxes or pottery. I even picked up a bench on one occasion. This time we saw a lovely saucepan that was just right for us because it was between a small and large range so we nabbed it. I think the rule is that once it’s in the container it belongs to the council but shall we say I caught it on its way in.

Next, to a coffee shop called “Essence”. It is quiet and pleasant unlike Wetherspoon’s and some of the other shops on the high Street. It is run by a Greek person I think. She was telling us that she does not have holidays. She works seven days a week in the shop because she enjoys it. It was here 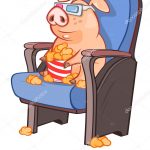 I made a pig of myself. I had neither breakfast nor lunch so I had a lemon cheesecake slice and also a slice of coffee cake with walnuts together with two scoops of ice cream and then a latte.

My wife had an avocado and goats milk sandwich which she was actually suggesting was more healthy than what I was consuming. Truth to tell, it actually looked pretty good.

At the table opposite was a senior lady of about 75 years of age I would say. She told us that her son lived in Spain somewhat south of Barcelona. She told us that he regularly keeps her informed of the lovely weather going on there. He left this country (UK)  about 30 years ago when house prices were far cheaper. He evidently has no intention of returning because he has integrated into the social life of the area and for example plays the saxophone and other instruments. He has a lovely house with its own pool, adjacent to the ocean, and can think of no reason why he should return.

I love hearing stories about people who have made it and are happy.

The lady opposite me whose name I do not know said she was looking forward to going on an adults only sea cruise in three weeks time ’round France and Spain and back again’. She said it had been on her “to do” list for some years and she was looking forward to it. She says her daughter has been on five cruises and is looking forward to her sixth.  I have been tempted to go on a cruise many times but I think it would have to be the right sort of ship, not too big. I could not cope with a ship with 5000 passengers. I know you get economies of scale and you can have all sorts of wonderful concerts and performances but the thought of the need for three settings for an evening meal, children well or badly behaved, running around etc. and there be no escape does not appeal to me.

I did a psychic reading this afternoon. The client was an IT specialist living in London. He was not sure what profession to look for next. I did a reading on his life and found that everything stopped at the age of 25 when he had an unfortunate encounter in the form of a relationship with a lady possessing an overdeveloped intellect and a crushing style to put it politely. The effect was that his ability to trust and remain open had been damaged.

I find in many relationships, the problems started well before the couple in question met, because they had failed to clear up the debris from previous relationships or even from parents.  In a way, the individuals concerned can be on the rebound from relationships that ‘finished’ 2 or 30 years prior. What we were talking about can be seen as a ‘software bug’.

My client admitted that he indeed enjoy his IT job. It was the system that got him.  I suggested that he had enough talent to run his own consultancy. I said that people routinely underestimate what they can do because they’ve never given it a chance.  Sometimes you think the road to peace of mind will be long and convoluted but very often there’s just one barrier you have to cross and then the whole thing can roll into motion. Consider a combination lock. All the numbers can be right except one. The one prevents the door from being opened. Changing one thing can be all that it takes to make a difference between success and failure.