Today is one of those days when I have a great list of things to do. At nine o’clock this morning someone rang me asking if they could have a plot on my allotments or should I say the allotments which I run. The plot in question is notoriously wild but the chap who wanted it was quite happy to take on something wild and tame it. How often in life have I found that a problem which has been bothering me for ages just suddenly solves itself. This was one of those cases. I wrote to him welcoming him and telling him that for the rest of this season he would not have to pay rent. I subsequently went along to the plot concerned and tidied it as much as I could

I went to have breakfast at The Hub, which is a restaurant come library in Paulton. On the way in I noticed the following 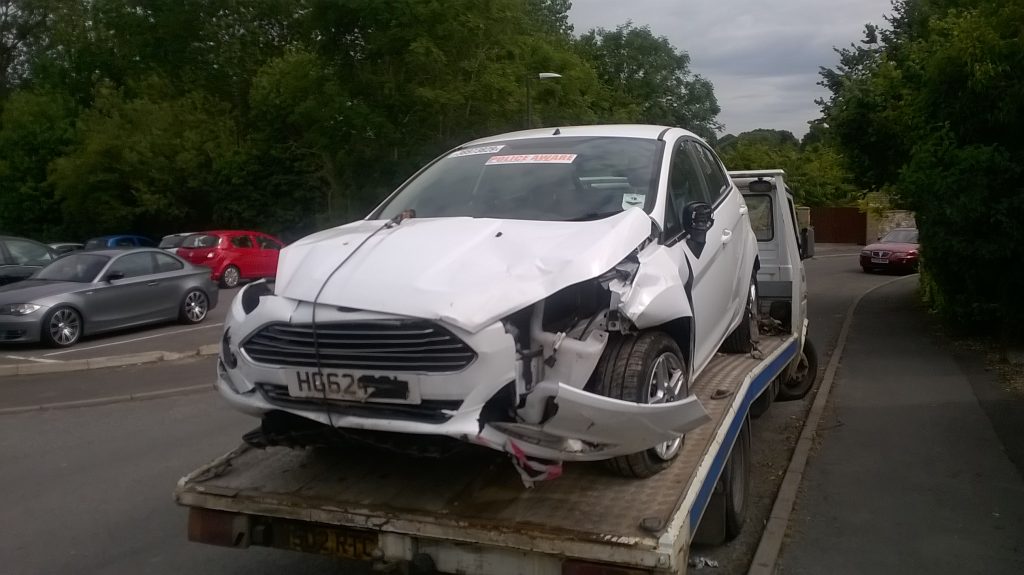 I had a good look inside the car and it seemed that the accident looked worse than it actually was, but of course it will be a write-off because the chassis will probably have been bent. I was just reflecting on accidents and why there are so many of them. I can see how easily they can be caused by lack of control and lack of attention. I can imagine someone being impatient and purposely switching off their brain – or switching to the reptile brain –  so that they can overtake another car which is going too slowly in their opinion anyway. A few days ago I was stuck behind a car on a single file winding lane and there was no way I could overtake without exposing myself to danger. I decided therefore to decrease my speed, enjoy the countryside, and forget about the extra minutes I might be losing. What would I do with the time I had saved?

In the country in general I drive like I am in a funeral cortege because the very time you go fast round the corner will be the time you come up against a car was a tractor or other agricultural machine. There would only be one loser, and that would be the machine.

In 2017 170,993 people were injured in the UK. That is 168 people each day I wonder how many people woke up in the morning and said to themselves ” I have a premonition I I’m going to have an accident, I must drive carefully”. I believe that the vast majority if not all were completely unaware of any possibility. There is a countervailing hypothesis.

I believe that we are all telepathic and I believe that events can send shock waves forward and backwards in so called time. I believe that you can prevent something happening in the future when there is a distinct possibility of it happening. When I drive, I pay complete attention to what I call pressure waves and if I sense that something is about to go wrong I will drive accordingly. Defensive driving, I think it is called.

I have not had an accident now for many years. The last one was with a concrete column in a car park. In short, I believe that if you are focused with all your skills and abilities at your command the risk of being involved in an accident will go down to almost nothing. In other words, if someone is about to pop out from a side road, I will be able to sense it. I hope that these are not famous last words but I do practice what I preach and it seems to be successful.

To the chemist to get a prescription. I saw the most ghastly horrible advert for children’s dental health. I can see what they were getting at but this is just a plain and simple bad piece of design. It demonises the child and demonises the condition. What encouragement is there for the mother to look at this aberration of a picture and bring her child in for care and attention. 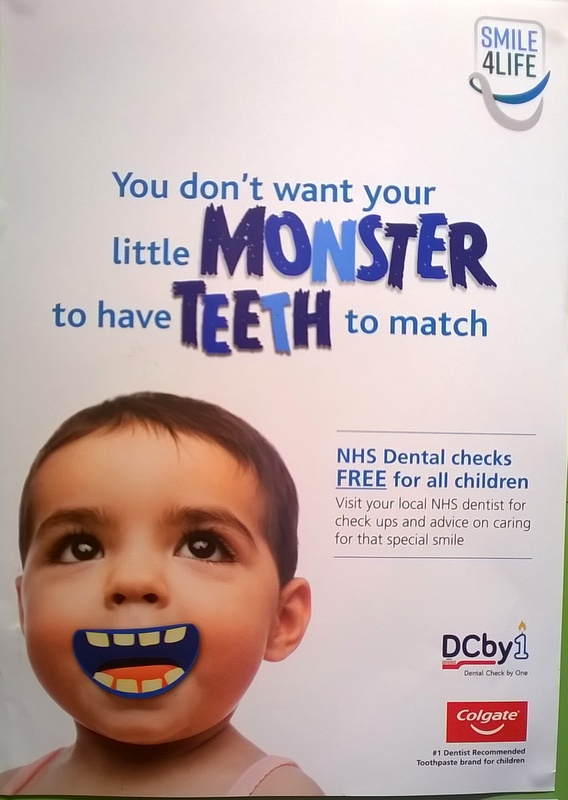 I have a joke with the receptionist at the counter. I told her that I’d only coming to benefit from the air conditioning system. She looked me straight as anything and nodded but then she suddenly realised I was joking, smiled, and said that it yes it was particularly warm outside. I specialise in making small talk with people and particularly I like telling jokes because I think it lightens the atmosphere and anyway, it’s fun. I recommend it for breaking the ice in any company.

There are times when I simply can’t concentrate due to distractions – this time with tennis. I have decided to make a loaf of bread which I have to say this time is a brilliant example, perfectly baked and a meal in itself. 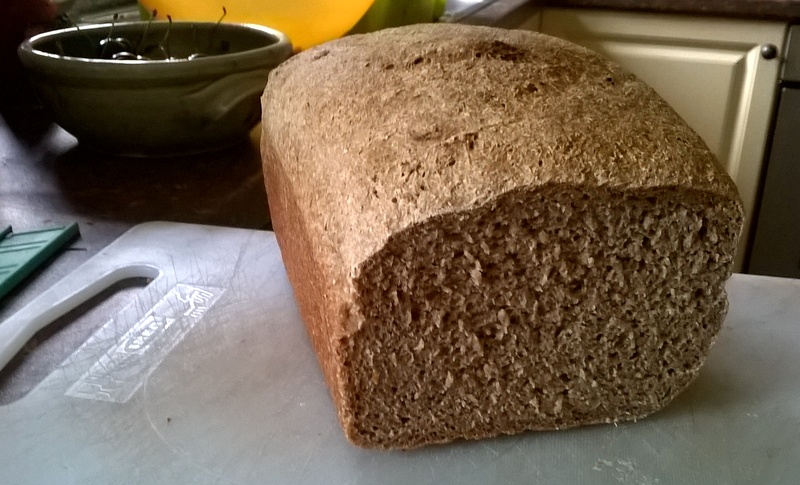 From the next room comes the sounds of tennis and it is Serena Williams and Andy Murray battling it out with another mixed pair. Serena has the most sublime and accurate almost theatrical playing style. I am transfixed. Andy’s game is definitely improved with Serena at his side. 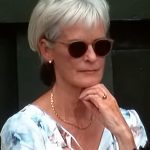 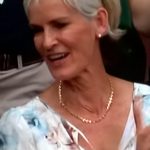 Good to see Judy Murray (Andy’s mum) without her dark glasses. She looks quite attractive without them . Maybe she has an eye problem and needs to avoid the sun. Who knows. 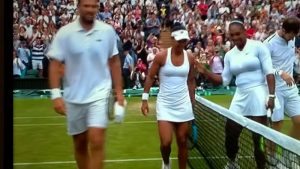 Anyway they won and here they are walking towards the referee in order to shake hands. It was an amazing match with quite brilliant moves which had the effect of making sure that I did no work whatsoever. 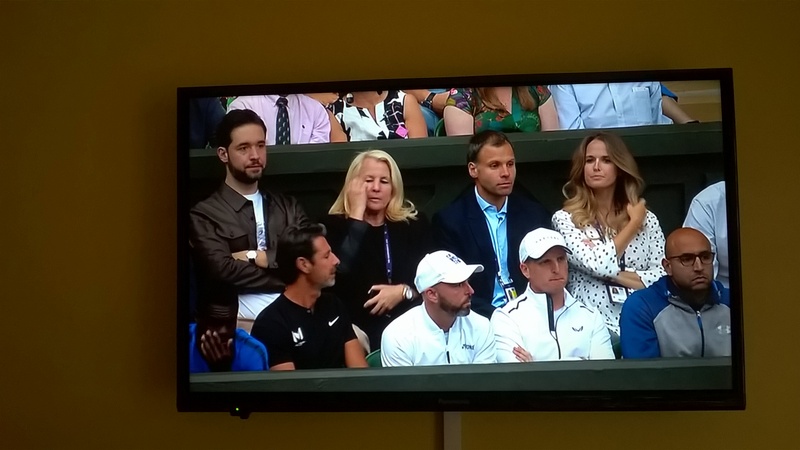 I do not know what goes on in the minds of the spectators. Are they there to see tennis or to be seen. The body language between them is not so great. Maybe they don’t know each other and just happened to be sitting together. Meanwhile at home…. 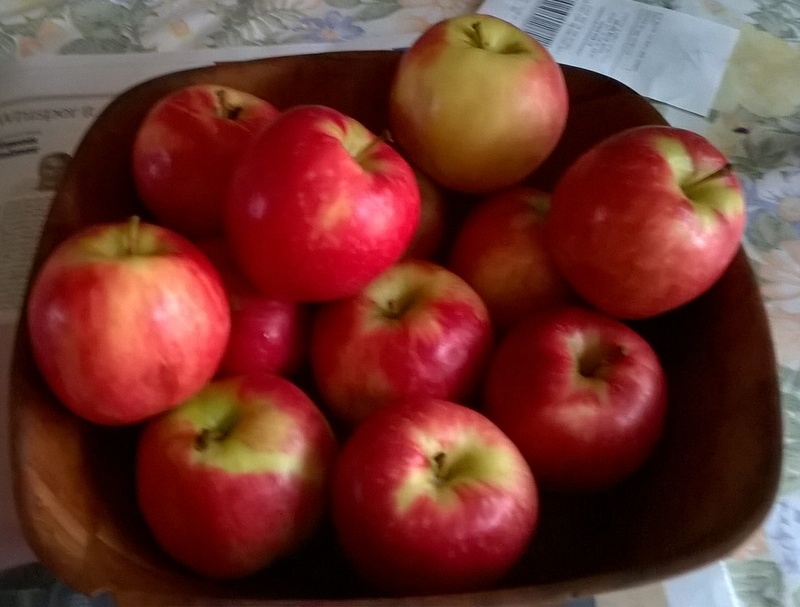 a slightly out of focus bowl of apples which my wife bought for our health and delectation today. 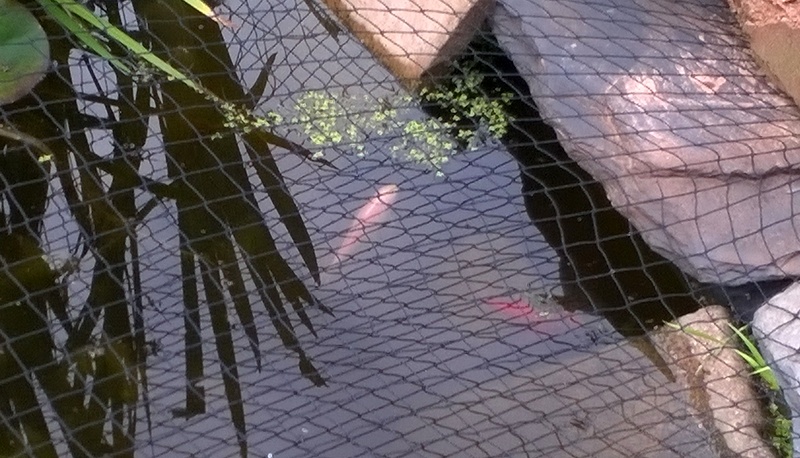 Meanwhile, the goldfish in our pond swim around completely oblivious of anything else that’s going on. Maybe they are the lucky ones.

Below you will see a video, not too long this time, about the way that trees communicate with each other which is by a vast underground network of nematodes. They supply each other with nutrition and make up for each others’ defects.

It is time to turn off the computer and prepare an evening meal.