I don’t think we shall ever see the like of today, Sunday 14th of July, again. We had the epic men’s singles final at Wimbledon, success in ladies netball, Lewis Hamilton winning the UK Formula One event and most of all the crazy thrill a minute 20-20 championship game of cricket between England and New Zealand which went beyond the last ball.  I was trying to do other things but kept on being drawn back to the TV, Formula One, then the tennis, then the crazy cricket. 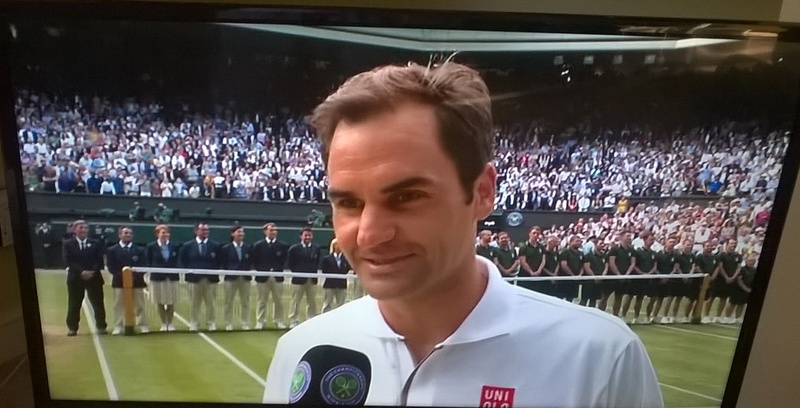 Roger Federer, as ever, gracious in defeat. He lost two match points. Both his sets of twins were there and he told the interviewer after the match that he wanted to forget this occasion and go back to being a father and husband. His wife seems to suffer during matches more than he does, almost biting her nails. She wore a dress that I suspect was not off-the-shelf, and a marriage ring which said to other men, “keep off, I am spoken for”. Each player was very gracious and respectful about the other.

I love this about tennis. Everyone loves the game.

This morning, we went to the famous Cheddar car boot sale about which I have written many times. However, on this occasion, there were very few people around. When you have 160 tables you do need a fair amount of people to make it worthwhile for sellers to sell their wares effectively even though the average price of an item is about a pound or two.

I get the impression that a lot of people want to clean out their houses of unnecessary objects and offer pre-loved children’s clothes to the next generation. In order to get a good position you have to arrive about six o’clock in the morning so by the time we arrived, about 10 o’clock, they had been standing around for four hours.  On our arrival we witnessed more than one seller giving up for the day. I can understand because it was hot and sunny. Even our amazing meat stand had a desolate look as there were only two or three people standing around aimlessly.

I did see one very tired stand run by a chap who sells bedding plants but on this occasion they too were tired what with heat and so on. I can’t imagine anyone would buy the plants exhibited below 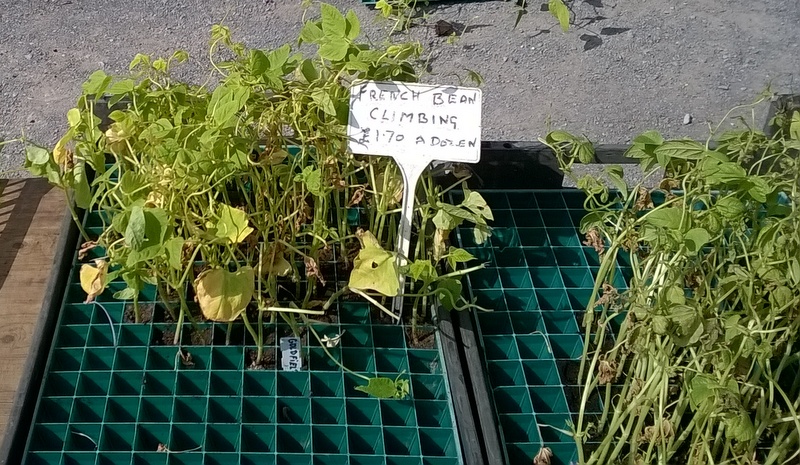 On our way back we had a look at the garden centre and my attention was drawn to original ways of using pallets. 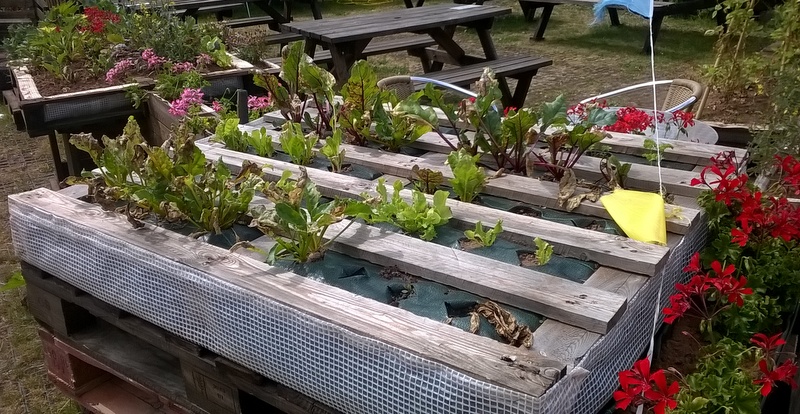