We are only in London for a few days so we have to fit in as we can so off to Tate Britain to sample the latest exhibitions and take advantage of our £120 annual membership. There is a ‘Van Gough in England’ exhibition which even at an early hour was showing signs of being overfull. There was another exhibition by Frank Bowling, an impressionist painter whom we are told went through various stages. We were told that ‘by the end of the 1970s, bowling was fully in control of the painting techniques he had spent the last years fine tuning. He had a deep understanding of the dynamics of the flow of paint and the drama of colour combination’. I am very happy for him but frankly his painting work said absolutely nothing to me so I was in and out in 10 minutes.

I took the chance while Francoise was ensconced to pop up to the members restaurant and see the promised new coffee bar extension. Interestingly, it was not there and I was told that the facility was not used enough to justify its existence. The original idea was to save the time of people queuing just for a coffee when others were queuing for a hot meal. 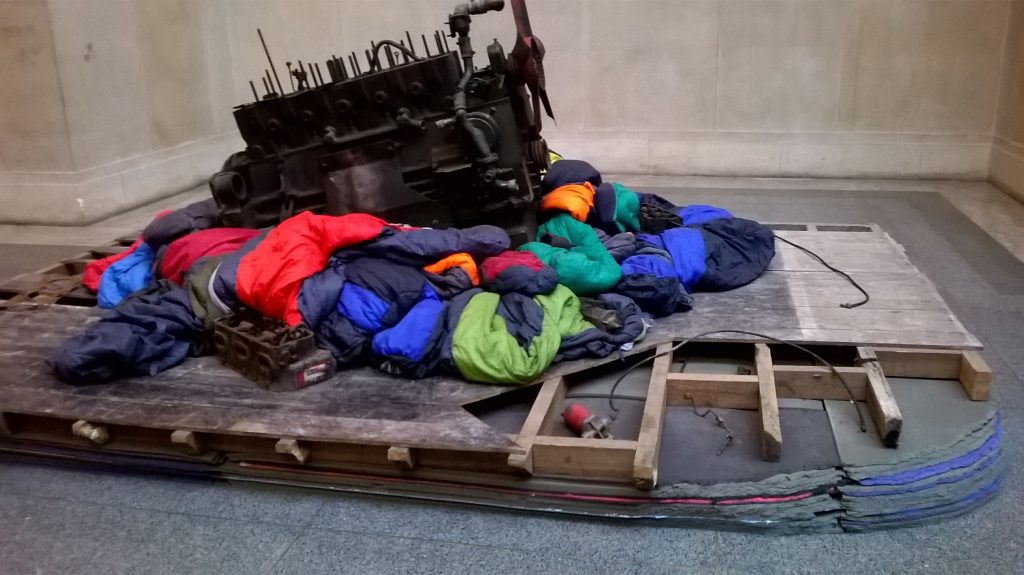 In the main hall was another exhibition which I found more diverting. (above and below). Don’t ask me why. 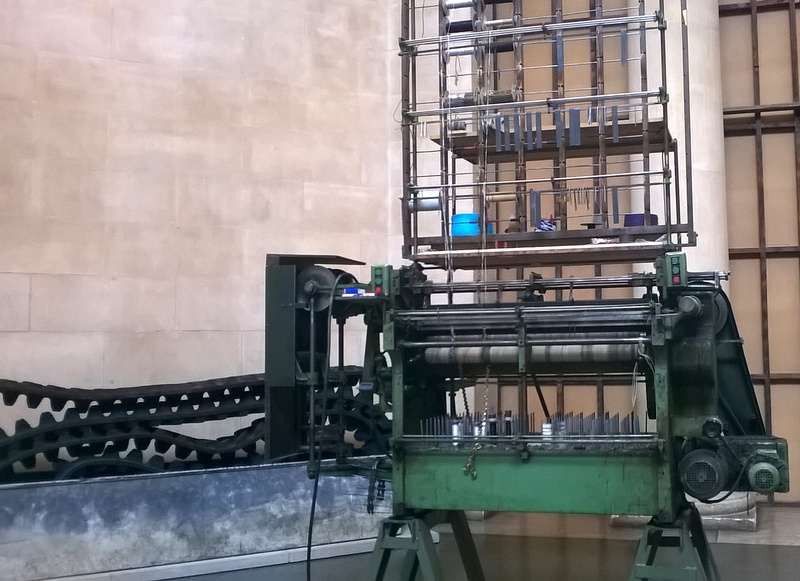 Off to our home base in Haverstock Hill and then to the ceremony. We were supposed to meet at a certain place at 3 PM but things did not go to plan so we all hung around for half an hour while people gathered, mainly eccentric friends of Mike, the departed one. We left for the Heath car park and strode off in a North easterly direction trying to find a secluded area which would be a suitable repository for the ashes.
I carried a box of the ashes for a portion of the journey and they are heavier than you might think, about 3 kg I would say.  We found a place with no paths and a fallen tree and with  minimum formality each person scattered a portion of the ashes as they felt moved. Mike was no doubt looking down on us in his nonjudgemental way and smiling to himself.

It took about 20 min to find the right spot and to finish throwing the ash. We then wandered back to the car park and to home where guests had been kind enough to bring along a selection of food. I bought some chicken legs and Francoise made a yoghurt and cucumber dip. There were a couple of bottles of champagne and I used these to break my drinking fast of about five weeks. I think I can do without alcohol if I want to, so my decision in future is to not to rely upon alcohol for a daily libation but to reserve it for special occasions.