Off first thing to my local hospital to have a preparatory session for my forthcoming hernia operation. It is linguinial hernia i.e. near the scrotum and I was told that the after-effects of the operation are not without pain.  The nurse who spoke to me was obviously very experienced in sizing me up and getting information out of me. My blood pressure is a trifle high, 150/71 and she said that it should really be a maximum of 145 and that I would bring this down to this level by not eating cheese which is often full of salt, going for regular exercises and so forth. If the high level continues I should speak with my doctor.

The hernia operation itself could be up to 8 weeks away. I have to be at the hospital at either seven o’clock or 1 PM. I’m informed about this nearer the date. Nil by mouth for two hours before the operation. I was hoping it would be done earlier, but I’m in no pain and it is benign insofar as it will not do any damage but it is merely inconvenient. I wear a belt which stops it flopping all over the place and it seems to work all right.

I went to All Saints Paulton for usual coffee morning which is every Tuesday at 10 AM. Sitting at the end of the room were two policewomen.  I decided to talk with them since they were sitting a bit uncomfortably on their own. I forget her name but one of them was 25 years of age, she had studied criminology at University and lived in Westfield, which is the southern side of Midsomer Norton.

She had grown up in the area, she enjoyed her job particularly getting to know people and getting their trust. She and I were on the same wavelength, so we talked a lot about how thankless the task is but how everything you do is important, and how the sense of community is something that must not be lost. As police do not get a very good rap these days  I felt it my responsibility to give her some encouragement – which I did. 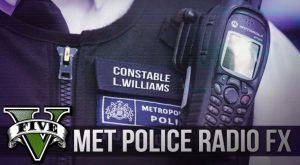 You may be asking why I said I was roasted. Police wear a variety of equipment including cameras. They have a communication system called TETRA which was blasting out radiation at me and after about 10 minutes I was getting pains in my head and experiencing general itchiness all over. How can these people can be desensitized enough to wear it all the time beats me. Maybe they are getting ill without knowing it. I know my local doctor sees plenty of them. Time will tell.