Altocumulus lenticularis clouds spotted over southern Chile by Jennifer Chiang. This is from the Cloud Appreciation Society, a wonderfully quirky organisation that collects wonderful and innovative images of clouds. Look them up.

I have just gone to buy some milk before Sainsbury’s closes. On the way, I saw a woman struggling to cross the road, apparently almost blind, with her guide dog. She stopped halfway across the road because the dog stopped, hesitated a bit and then rushed across the rest of the road. I thought to myself, what a hopeless handicap this is and how much courage it must take just to get up and go shopping. We must not forget people who have no voice.

I refer to above “going the extra mile”. I had cause to meet the estate agent who sold us our current home in Midsomer Norton. He is called Sam Chivers. We met outside his office and he immediately recognised me, though we had not met for at least five years. He greeted me warmly and I asked him how things were going. He said that he and his wife, who started the business were working up to 16 hours a day when they first started but now things have settled and become more stable. He says he goes the extra mile by asking people not just what they want in terms of accommodation but a little bit about them as a family, where they lived before, something about their job, and as a result he builds up an accurate profile which enables the company to target the offers much better.

He certainly did that with me. I remember being called about 11 o’clock on a Monday morning when I was living in London. There was absolutely no question that we accepted his recommendation to view the property and on a horrible rainy Wednesday morning we arrived. By that time, five other people have made offers. There is something about a cul de sac and something about a bungalow that is very attractive to the market. When there is no passing traffic, anyone who visits the close is scrutinized carefully. In other words, you cannot arrive at the close without being observed by somebody. This is very good for security reasons. During the time we have been here, I don’t think there have been any burglaries touch wood.

I had to rest last night after a stomach problem which I think I have solved. I have to completely cut out dairy products. In other words, milk, cheese, butter and also alcohol. These substances cause my oesophagus to become inflamed and caused me to be physically sick as well as giving a horrible acid feeling to my stomach. It is called acid reflux. It’s all to do with pH value which has to be kept within certain limits in order for the stomach to its stuff without pushing acid up into the throat.

I finally realised that there are specific causes, irritants if you like, and in general there is nothing wrong with my stomach as such. It’s just that I have become allergic. Remedy – self-discipline. Touch wood as I write today at 17:28 my stomach feels fine. For breakfast I had a Weetabix, oat milk, berries and a cup of ginger tea. For lunch I had a steak pie with salad. Fingers crossed I have contained the problem. Much better than taking pills which don’t really get to the root of the situation.

Anyway, we decided to go to visit Chew Magna and the lake adjacent to it, which is owned by Bristol Water. There is a lovely sailing scene there and we decided to go on a walk for an hour or so. 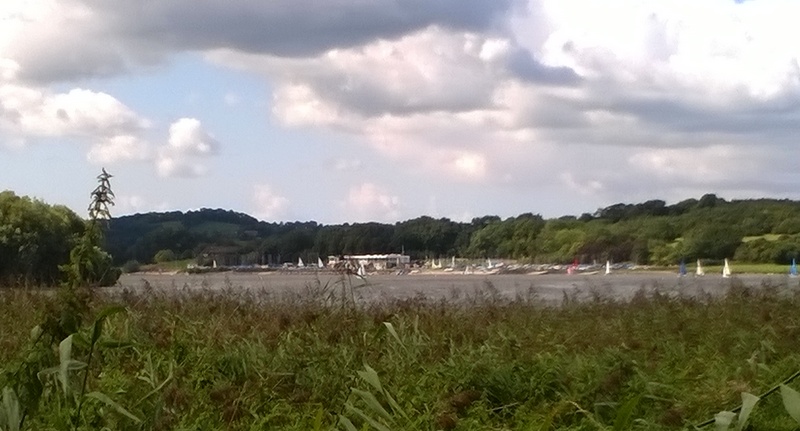 We had a nice meeting and chat with a lady who enjoys traveling around. She had just returned from Ireland and told us of all the beauty there. She told us how much she enjoyed making photographs with her iPhone and shared some of her pictures of magical places with us.

On the way home, we stopped off at the Book Barn International, one of the largest repositories of second hand books in England.

Françoise decided to look for books connected with essential oils. I decided to take the opportunity to have a cup of coffee and a croissant in the restaurant section. 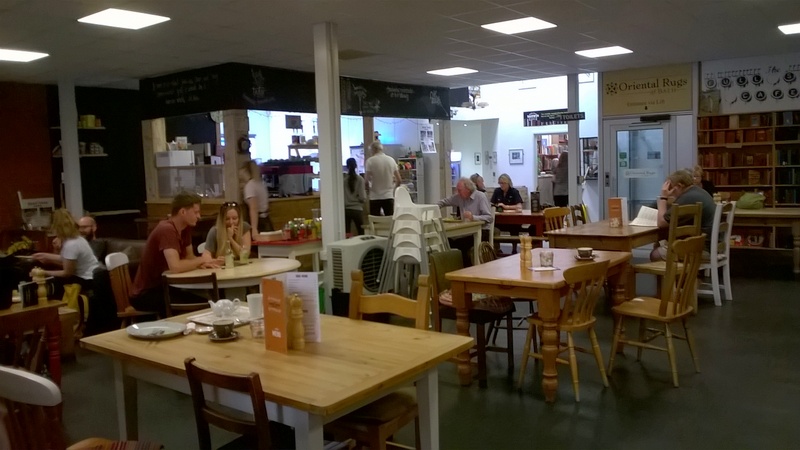 They claim to have over 1 million books here all of which are catalogued so you can look them up on their computer. Most of them cost £1. I have bequeathed my books to the Book Barn as appropriate. I cannot bear the thought of my lovely books ending up on the skip (dumpster to my American readers) and would rather they found a good home. 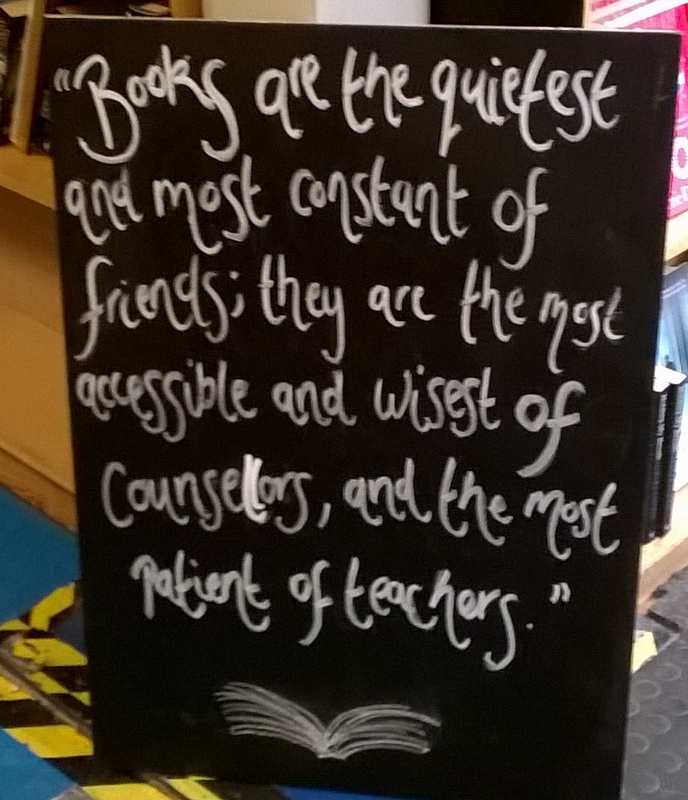 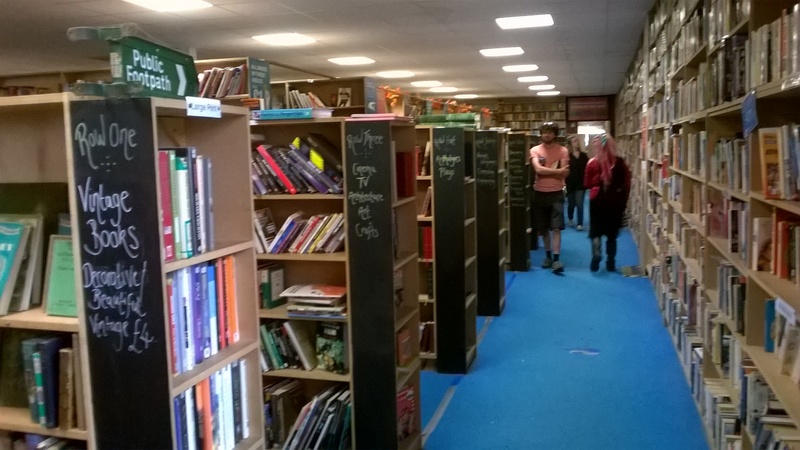 I’ve been listening to the interesting series on 5GDanger. Many of the videos’ topics are about danger to the human being. There are two types of approaches that scientists can take; one is to the energy field or aura as I would call it and the other one is a more mechanical examination of how the cells behave. Red blood cells are damaged even if someone has a mobile phone near their ear for say 15 minutes.

One phrase of the speaker, who is a Ph.D. rang in my mind