Priston is an affluent village close to Bath, about 5 miles away, which is very attractive to the well-heeled because it is close to work and yet far away from main roads, motorways, etc so it provides an idyllic setting and a very good place to bring up children. Once a year we attend the Priston music Festival with a very full programme run by an enthusiastic group of volunteers and most important – lots of lovely public.

We nearly did not get to it. At 10 o’clock in the morning I was informed that I would not be able to get a replacement car for one gone into the garage for service (see yesterday’s diary). I went through all the usual search engine rituals, looking at these sites plus the aggregation sites which looked like they are actual car hire centres but are actually just agencies for car hire companies. You start by saying which country you are interested in. I found that in two or three cases, either the prices were very high or the software did not work.

Finally, I found a garage and rental centre about 4 miles away called Practical car hire Service. I had a direct line – a blessing in itself-  and spoke to a chap called Ben who said they had one last car available, small but perfectly formed, and I took it on the spot. Thank goodness I did because he told me later that a quarter of an hour later someone else rang up, in precisely my position, saying that their car was in the garage and could they help. Timing is all.

I thought I would have to go to Bath but fortunately for an extra fee they were able to deliver to my house which was an enormous saving time and energy. So midday saw us with a lovely car for which I paid a very good price. Off we went on a lovely sunny day about 20°C with a clear blue sky.

The event itself is very well organised. My brother-in-law is unable to walk long distances for example the Frome Cheese show which was on at the same time which would have been totally beyond him because even if I could have obtained a wheelchair, the ground would have been too bumpy to make it easy to push around. I enclose an image of the map that you can see what a cozy geographical area it is enclosed in. I have written about the Festival before on two occasions, one on 16 September 2017 and one on 17 September 2018. You can gather that we are fans.

The very kind and efficient organiser left a wheelchair for the use of my brother-in-law by the organisers tent and this was gratefully used.

There are musical activities on two stages, in the further reaches there is a child’s play area where entertainers and storytellers work their magic. What I like most is the atmosphere created by the villagers. Most of them have nothing to prove. They are competent, literate, expressive, secure in themselves, and are a very friendly bunch. There is absolutely no problem engaging them at a useful level of intellectual acuity. Also as a bonus my normal humour is understood. Most people don’t quite ‘get it’ in my home town.

At this event you can just sit there and watch people passing and entertain yourself watching human nature at its best. It’s nice to see two-parent families looking after their children, indeed nice to see well-behaved children who’ve got a sense of identity. Some young children were sitting listening to stories and become involved.

It is fair to say that public service transport is limited (timetable below) and thus the area is secluded. 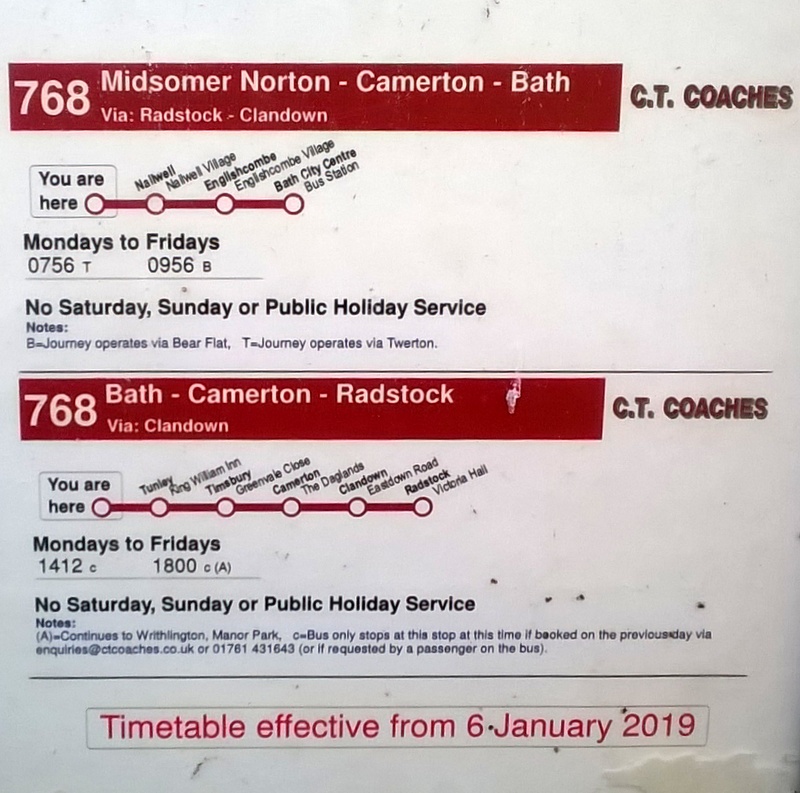 My wife and I had a number of conversations, together and separately, with people who have very interesting lives. You must never know who you are going to meet.

I talked with a lady about her use of the phrase ‘very wonderful’ and told her that I thought it was tautological. She said that something is ‘full of wonder’. Wonder is an ‘absolute quality’ and cannot be ‘very full’ of that quality. It is superfluous. She told me how she got her sense of words from I think it was the Saturday version of the Independent. I love this sort of banter that should not put people on the defensive.

There was a lady who was going to give a talk on climate change who had the unfortunate experience of meeting with me. I told her that the planet is quite capable of controlling its own affairs, that carbon dioxide is only a very small proportion of the atmosphere and that nature itself controls 97% of any change that may occur. She made the mistake of saying that if all scientists everywhere agree then there must be a case. I replied that this was not true, since 30,000 scientists’ views had been stifled. I explained about the rule, “follow the money” and said that the lie must be propitiated to justify the enormously profitable carbon trading credits. At that point she got a little bit miffed and went off to give her talk.

My sister and brother-in-law were quite happy to sit round and watch everyone do their thing. I commented that it was better than watching TV. Foodwise we have a ritual. We start off by having a very nice quick snack in the pub and then the tradition of tea with cakes served from 2 PM to 4 PM.

A really good performance by URSA (above), a solo project by Bristol-based singer, songwriter and multi-instrumentalist Helen Stanley 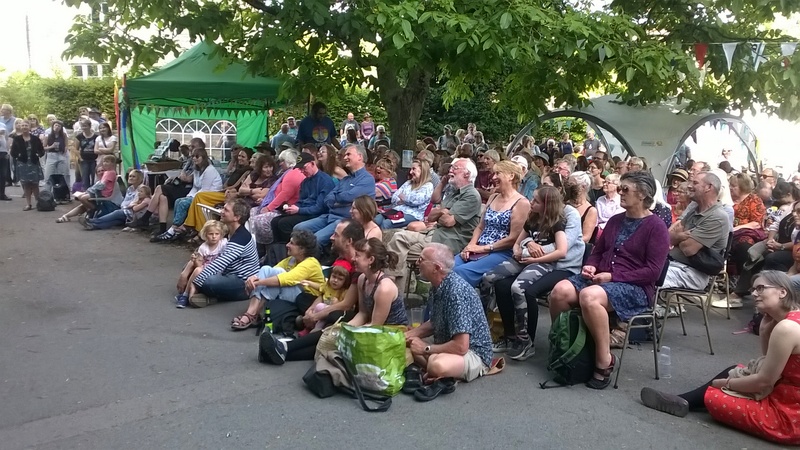 The musical stage was in action from about 12:30 PM and there was a enthusiastic and responsive audience as you can see.

We were looking forward to hearing the Fantasy Orchestra, which was due to appear on the main stage at 6 PM. As soon as they started, I realised that all was not well, certainly compared with the experience of previous years. They were not singing together. The leader was making a virtue out of the fact that they were just practicing for performances in the future, both in Bristol and for a tour of the French coastline next year.

The various sections of the performers were not really listening to each other namely the choir, the trumpets, the strings, the percussion. It’s all very well having people doing their spontaneous best and having fun (nothing wrong with that), but I think the audience deserves better than this frankly amateurish performance.

We picked enough runner beans to feed a small army and also a few courgettes. 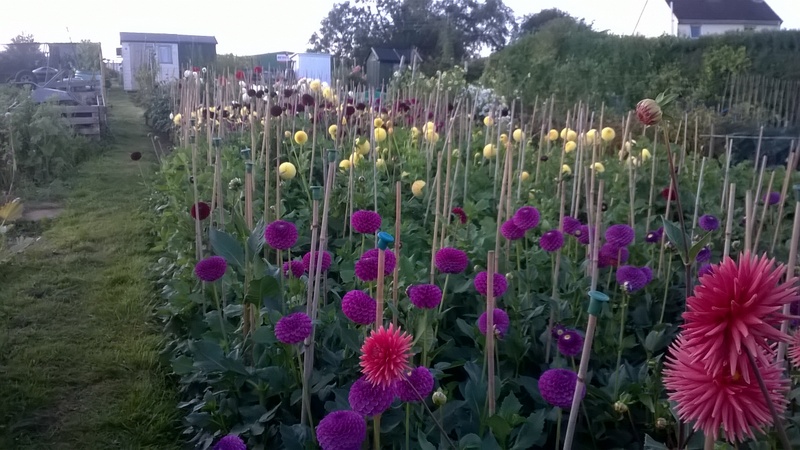 We ended the evening was perfect day by watching the Last night of the Proms (For readers from other parts of the world, this is an annual series of promenade concerts of classical and other music which takes place in London in July through September.