A lovely blue bright sunny morning. I have an appointment with someone in Timsbury who wants me to attend to his garden. I had initially felt a little  resentful in spending the time since the value of the job as I quoted was rather small but this was soon dispelled when we met the customer. He was a very tall man at 6 foot six, who had served in Iraq and Syria. He was commuting to London to work. He and his wife moved to Somerset because she, a teacher,  had received an offer of assistant head at a local school. We had a very pleasant chat and we agreed a sum for the garden work.

On my return, I was called by a lady, Mrs Ball. I noticed a certain air of desperation in her voice saying that she had not been able to find a gardener to do her mowing and she was desperate because the lawn looked so untidy. I first of all said I would call back later. Then I decided that since she was in some distress I would go and help her straightaway. We packed our tools in the car and off we went. 45 min later the job and been done. The lady said “you’ve no idea how grateful I am to you for coming.” Such thanks make my job very satisfying and in a way makes up for all the miserable customers and potential customers who have no idea what’s involved and what we do.

After thinking that my car has been repaired of its difficulties, again the car starts to stall and just cut out.  Fortunately, it started straightaway if I turned the key off and on again. I came to discover through the day that the problem appeared when the revolutions were reduced at low speed so I decided to keep the car in the third gear thus maintaining the revolutions. Of course, this is only a temporary plan and on Monday I must try and find someone else to sort it.

This is the time of year when flower festivals are held, to celebrate the harvest, and open the church to a wider public. We first went to Buckland Dinham. Below, a poor quality image from a slide show of workers in the very early 20th-century when everything was done by hand and horse power. 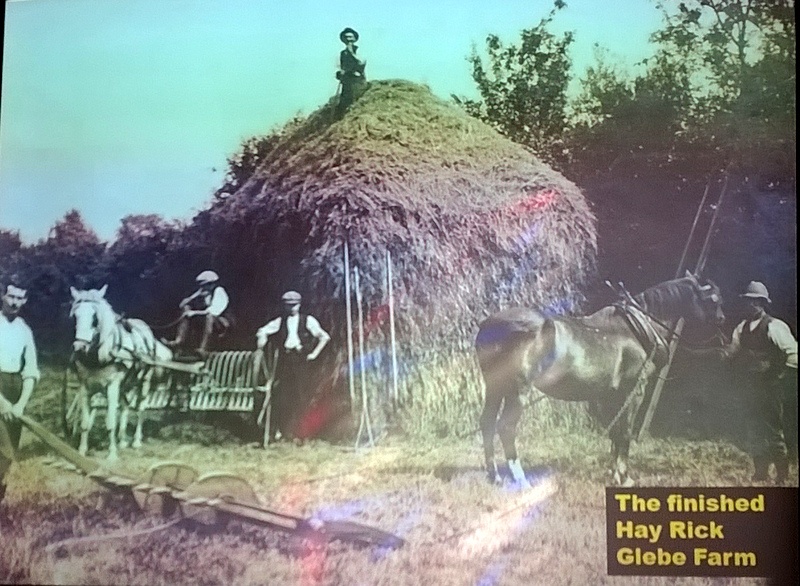 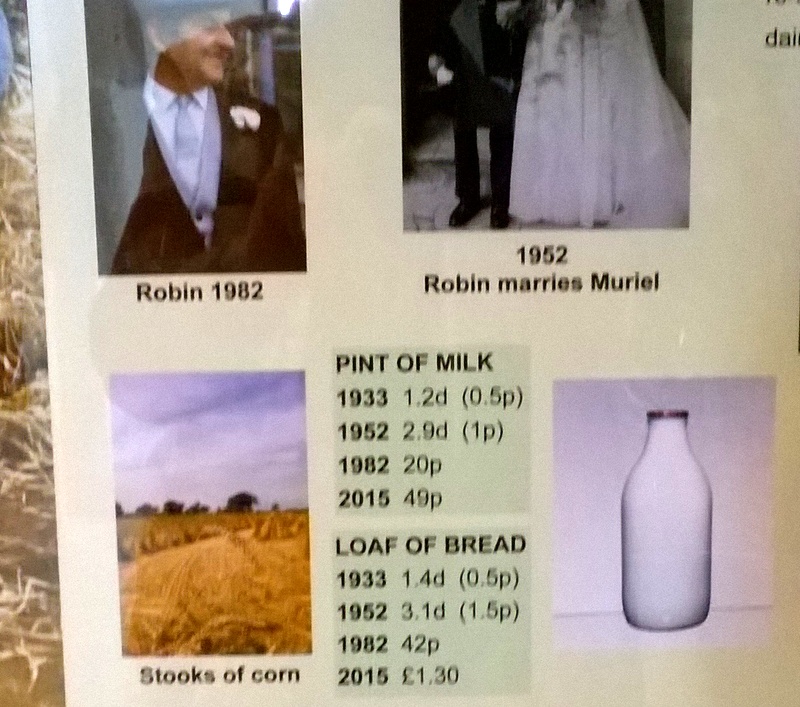 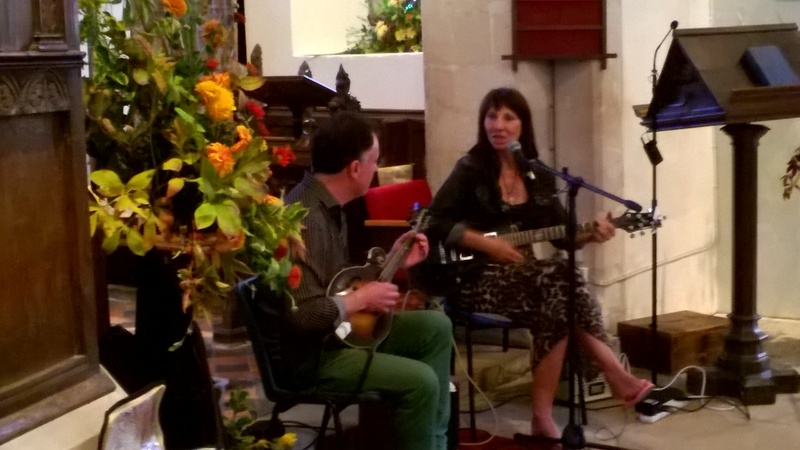 This was a local duo who sung folksongs for our entertainment. They remarked that the acoustics of the church was so good that they could actually hear themselves singing. 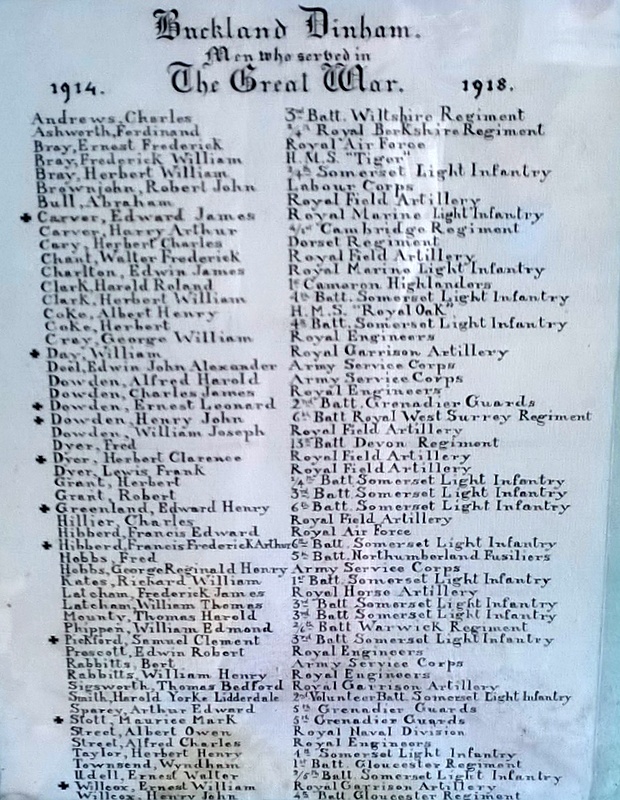 For such a tiny town it was a shock to me, seeing the percentage of the male population that must have been sent off to the First World War. It is interesting that members of the same family were involved, leaving the wife and young children bereft of support. 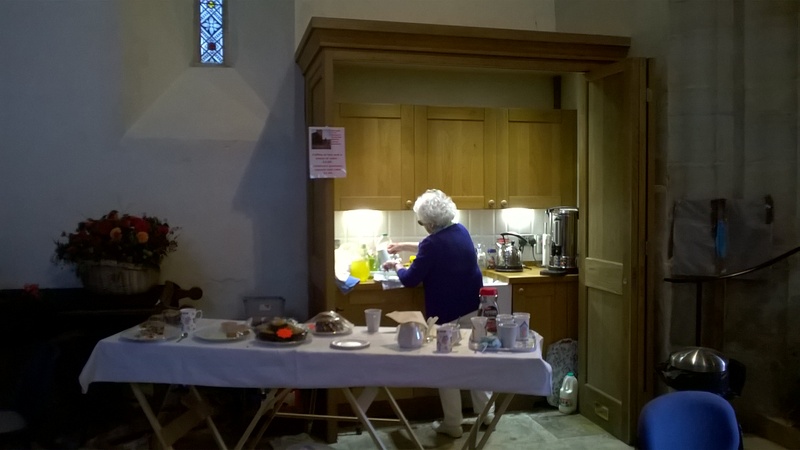 Do I sense National Heritage money somewhere? Pews have been removed from the rear half of the church to enable room for the well attended coffee mornings. This was a very neatly designed kitchen when the doors were closed you would think it was just a panel.

We then went on to Mells Church, definitely one for the tourists. 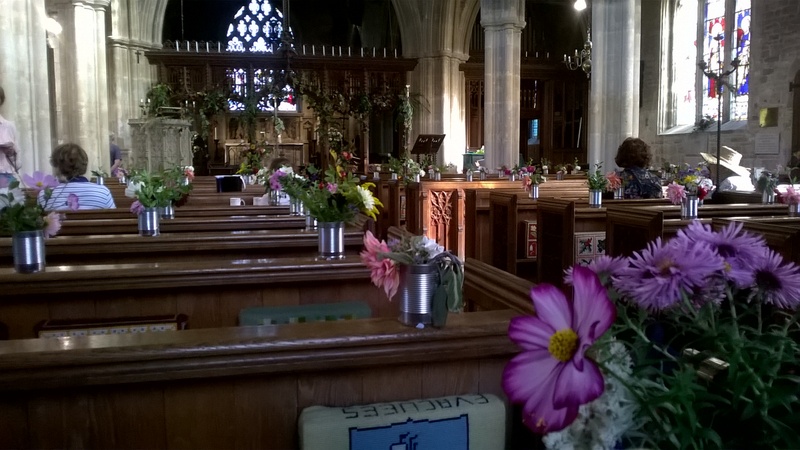 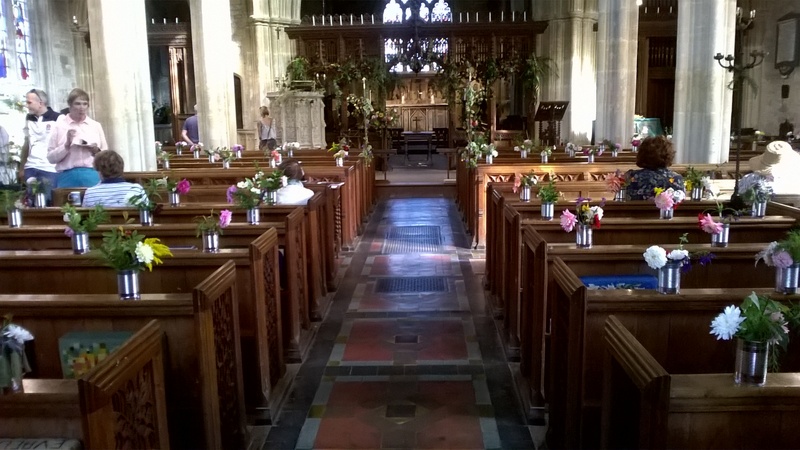 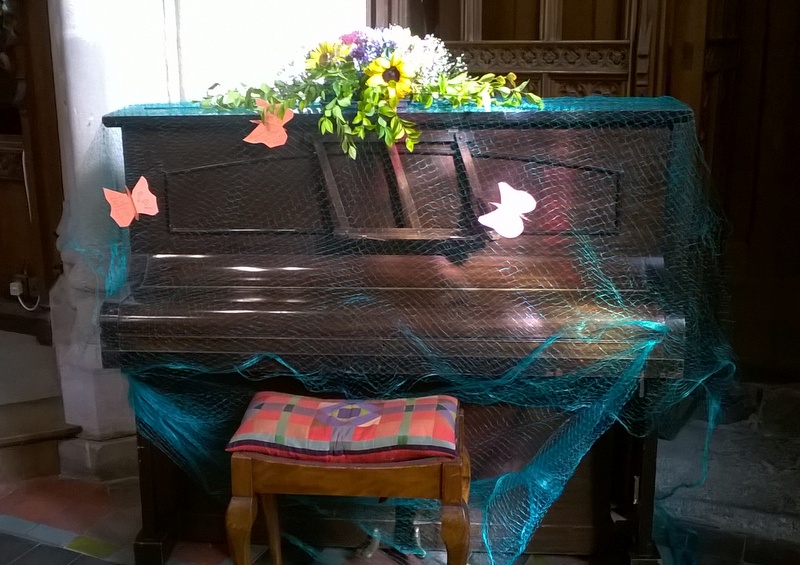 I love the dedication and care of people who painstakingly conceive and present these set pieces. I love the symbolism of a little bucket of flowers at every place in the pews indicating that everybody is valued and welcome.

Later on in the day, we visited an art venue that I can only describe as unique and I shall write this up in tomorrow’s diary.