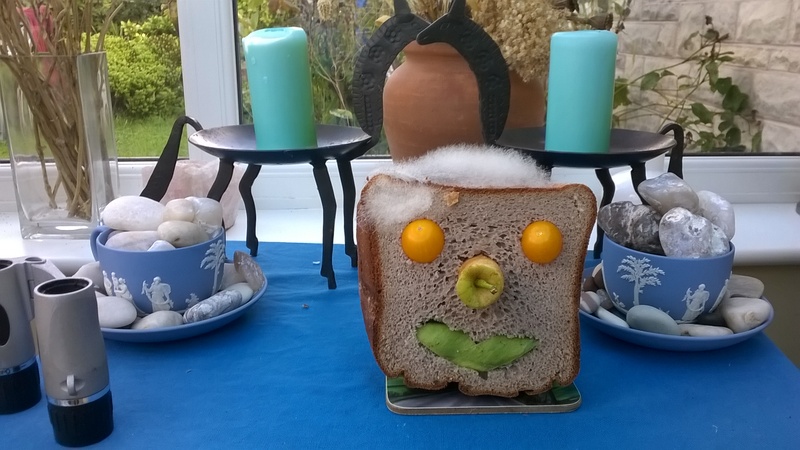 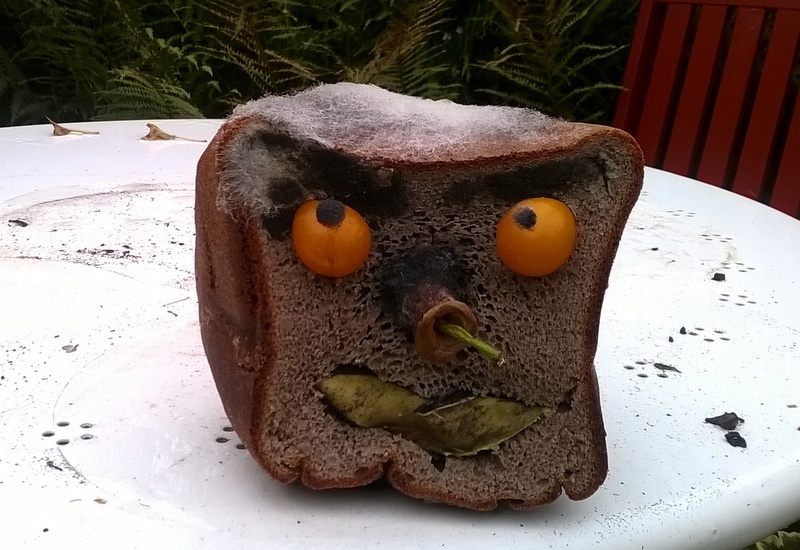 The top photograph of my bread was recorded in a previous diary a few days ago. The bread has now taken on a malevolent form, positively evil in my view at least. I remember that when I was in Durham University between 1964 and 1967 I bought a half bottle of milk which I left outside my rooms on the window sill for the best part of three years. It was interesting to see the changes in the layers of the milk until finally it settled into a creamy layer for the most part, and then about 1 inch of clear water but that took about two years.

This morning I had another web building tutorial with David, the dour Scots who is helping me to create  a sparkling website. There is no question that it’s chalk and cheese working with someone who is not on your wavelength, which tends to be a mechanical communication, and someone who is on your wavelength and understands your questions before you even ask them.

We have been at the site for three days and the results look good but I must spend much more time populating it. It’s all about climate change advocates and so-called climate change deniers  and I’m going to throw several bombs and rockets into the whole thing and show the climate change campaigners that they are the ones that are the deniers because they cherry pick the data to suit their own political aims. Temperatures have been going up and down since time immemorial and for 90% of history, Europe has been warmer than it is now.

First thing today we went off to the dog kennels that I have become enamoured with and gave them a gift of a large clump of pampas grass.

Later on in the afternoon we went off to our favourite place for getting logs, Longleat Forestry, which if anyone who reads this and is within a 10 mile radius of Warminster would like to take advantage of.  The nice thing is that you pick your own logs to suit. You can find the company on the Internet or drive merrily to BA12 7JS. The company is run by a delightful Chinese lady and has been ever since I’ve been going there five years ago. She has a lovely smile and is charming and helpful to everybody. We bought 190 kg of wood which cost us £28.88 and that will last us probably until Christmas. We will then go and get another load and that will last us until next spring.

Rain then colder this evening. How am I going to fit in two gardening jobs before next Monday when I will then be officially off work for I don’t know how long after my operation.