Up early this morning. Decided to listen to classical music instead of watching the news because I can’t bear any more talk of Brexit. It seems to be going round and round in circles and parliamentarians are indulging in ad hominem comments. I think the collective respect that our Parliament in UK is normally held is at an all-time low.

Off to do gardening because in contrast to the great amount of rain we have had we did actually have some blue sky so off we went to Hallatrow see a new and enthusiastic customer, Bryan. We had a little teasing session with each other, discussing which version of Brian was the most exclusive name.

The job involves trimming a hedge. My two electric hedge cutters completely failed because of the recent rain and because laurel leaves are slippery and waxy anyway. I had to resort to hand shears which anyway is satisfying as well. My regular powerful 800 Watt electric hedge trimmer is away for repair.

The chap was very pleased with what we did; we are going to return tomorrow to finish the job. I get the impression that most people are so used to bad service that if you turn up on time when you say,  you will earn massive amounts of brownie points. Once again, I noticed that after nearly 3 hours hard work I was not tired because I find that the process of working with nature actually refreshes me.

After the job finished we went off to the Book Barn hitherto referred to. I spoke to the lady at the counter of the cafe and told her that she could not hide her Polish accent from me. So far as I was concerned it was Polish as anything I have heard , but she took exception and said she was from the Czech Republic and told me that it was always happening to her. She obviously took it personally and so I apologised to her and said I wouldn’t do it again. 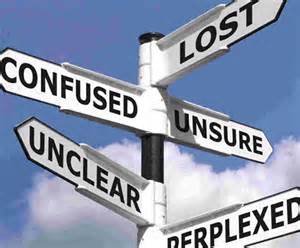 I’m getting the courage now to edit and add to my new website. David my helper tells me to just play around and tells me I won’t do any harm. On an individual page of the website there is a little icon where you can go back to an earlier stage if you make a mess. When designing a site is very important to see the site from the customer’s point of view and not take any knowledge for granted since someone coming on the site may be perfectly intelligent but not have a grasp of the detail and so you have to tell them to do what to you is the blindingly obvious.

I think all sites should be beta tested by people who have no knowledge of the subject. I  see too many obvious mistakes even with sites where obviously thousands of pounds had been spent. The main mistakes is making it too flashy. It is not supposed to be all things to all men. I hate pop-ups and I hate videos coming on the moment you hit the page

I have decided to allow comments on my website though it is contentious and will no doubt attract some abusive entries. Perhaps I can turn these visitors on the head by giving a polite and factual response. I don’t think anyone wants to think they are ignorant. So if I respect them as people but point out some new aspects to them that is probably the best way to go and you will certainly not make an enemy.