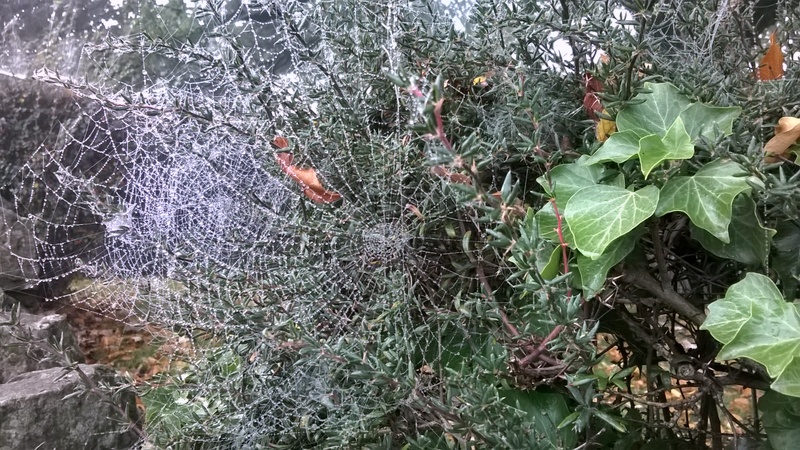 Spiders are in splendid form at the moment no doubt collecting as much food as they can prior to the coming of winter.

Talking about the coming of said season, here is a shot out of the Town Hall upstairs window here in Midsomer Norton, below. 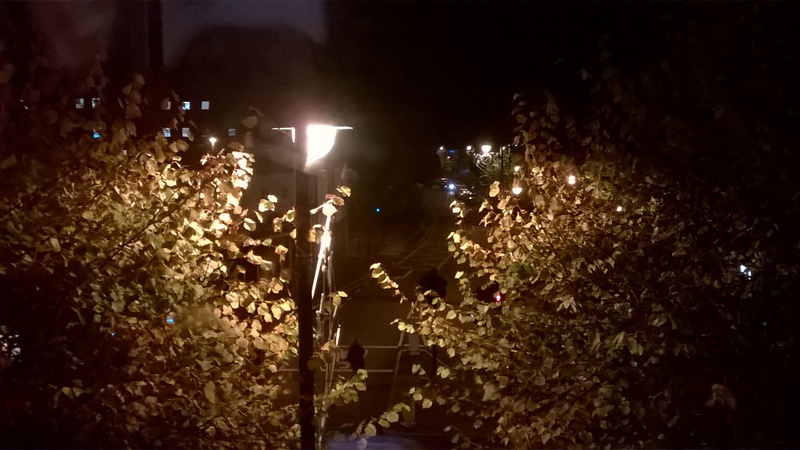 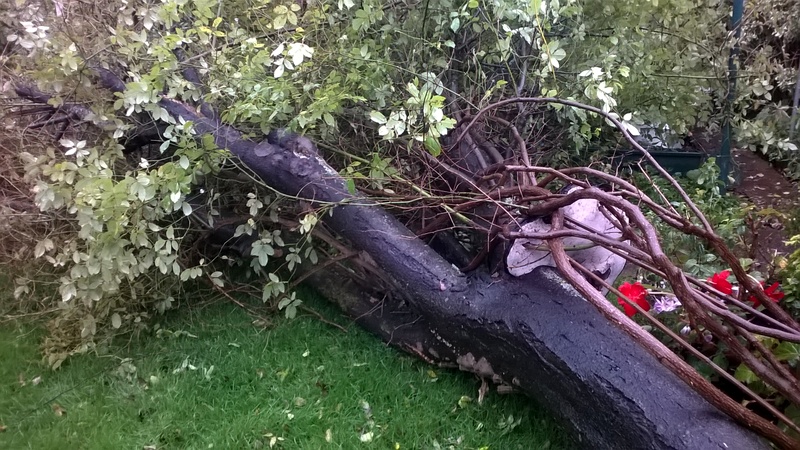 This morning, Saturday, I got a call at about 8:30 from a woman whose cherry tree had fallen during the gales last night. Unless you deal with wood you don’t realise the huge differences there are in consistency and texture. If this tree was mahogany it would be impossible to cut with a  normal chainsaw. When trees are dead, they can either become more crumbly or harder, almost like concrete, and very difficult to deal with but this one was fairly recently dead so it will not be too difficult to address the situation. I have quoted a modest sum so we will see what happens.

Internet communication can make life much easier. It can also lead to complications. A number of us were interested in 5G and associated subjects and about 10 others got together in a group and copied each other on various views. Unfortunately, one member disagreed with another one quite violently concerning a particular matter and this caused to-ing and fro-ing of rather acerbic comments indicating that the other person did not know what they were talking about. To compound this, another well-meaning person decided to join up a few more people to the group so we ended up with about 20 people who had to witness this flak.

The mood of the group turned sour and eight people, myself included, asked to be removed from the list. This is more difficult when you don’t quite know who was responsible for adding the people in the first place. In other words, in the case of a leaderless group it’s more difficult to disband.  The lessons are quite clear:

Do not assume that someone wants to be added to a group just because they’re interested in the subject matter; if you’re copying the message use BCC instead of CC Otherwise everyone can see who the messages are going to and can copy the address is again if they so wish.

I know that privacy is an illusion but we have to try and keep our e-mails down to reasonable limits.

Today is the last day of summer time and the  clocks will go back one hour at 2am. tomorrow we have an important conference held in London to which I have bought a streaming ticket. Bearing in mind the weather I’m so glad I did not go to London and spend £200 or £300 on hotels and food and so on. AirB&B was not the bargain it once was, with prices close to many hotels and you very seldom get breakfast. People are renting out five or six properties now on a commercial basis. It is very difficult to get redress in cases of difficulty. It is all very well to say “buyer beware” but if there is no one to talk to or if there has been downright fraud as happens more and more, this would certainly spoil your holiday.