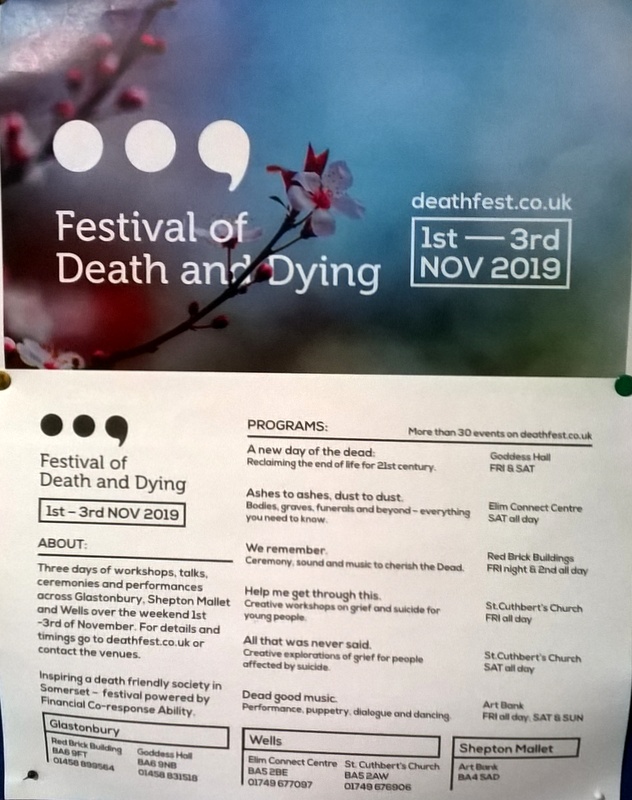 A listing in the Mendip Times caught my eye, the Somerset Festival of death and dying: events in Frome, Glastonbury and Wells. My eye was further taken with a man called Chukka who was scheduled to give a lecture about the importance of talking about suicide. He is part of a nationwide organisation (actiontopreventsuicide.org)  that tries to help people avoid taking their own lives by a combination of observation, talking, and intervening in a diplomatic way. About 20 of us met in a side chapel in St Cuthbert’s Church, Wells. He asked how many people in the audience had had suicidal thoughts or touched by suicide in some way and the majority put their hands up.

In the UK and the Republic of Ireland there were 8,859 suicides in 2018, a rise of 10.9% over the previous year. Three quarters of the people who commit suicide are men,  peaking between 45 and 49 years of age.  The youngest person to ever commit suicide was four years of age. There is no type of behaviour that can be spotted associated with someone who intends to take their own life. The area with the second highest level of suicide is  Cornwall, top of the list is county Durham. We were encouraged to be proactive and asked people if they had ever felt suicidal. I drew from the meeting that it was necessary to be a person who is approachable if you want to volunteer to be a listener.

We then went on to a meeting room in the Elim ‘Connect’ centre where various organisations, offering services for the death and dying were gathered. We talked with a lady who arranges funerals and is also a counsellor. She talked about the importance of making a will. She gave an example of a couple who had been living together for 42 years. The male partner had expressed the desire that his female partner continue to live in the house after his passing. However, he had previously been married a long time ago for two years. On his death, his ex-wife heard about it and claimed the house for her and her child. The co-habitee was thrown out on the street and that after 42 years of cohabitation.

People are talking more about this topic now which I think is a very good thing. Britishness does not involve sharing feelings so it is sometimes difficult to tell if a person is in a suicidal frame or not. 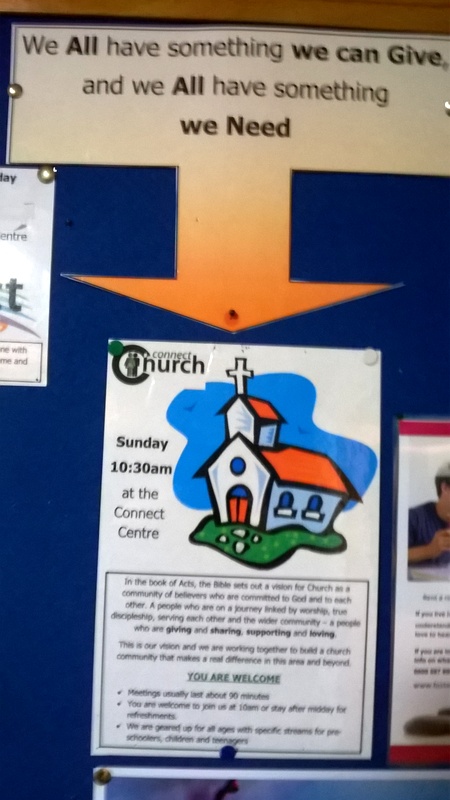 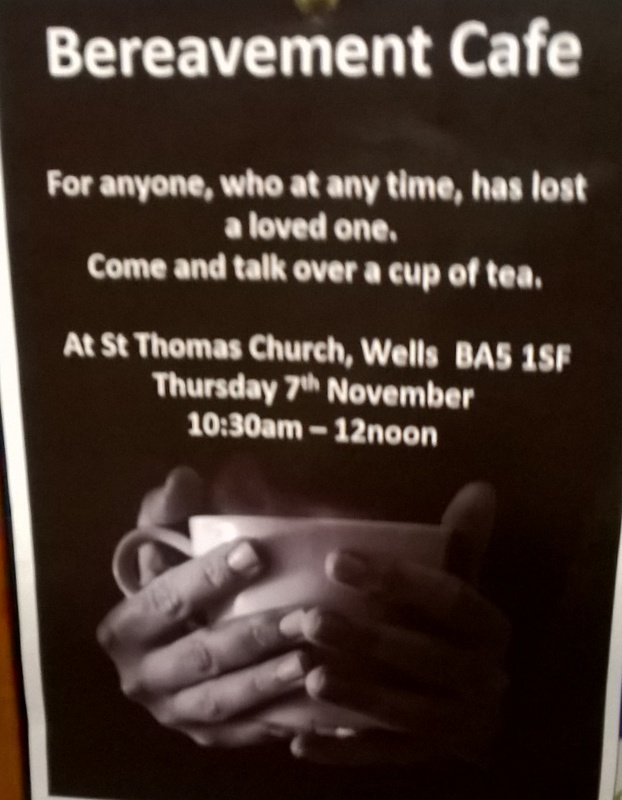