My sister and brother-in-law are leaving tomorrow for London after having been with us for a week. My answer to the above question is that you should not attempt too much on the last day but rather wind down the proceedings.  We did this by going to an extraordinary pub called the Railway Inn in Hallatrow.  Inside was the most remarkable collection of memorabilia, a thoroughly eccentric barman who could not get the hang of the till and a number of eccentric people sitting around drinking and making jokes. 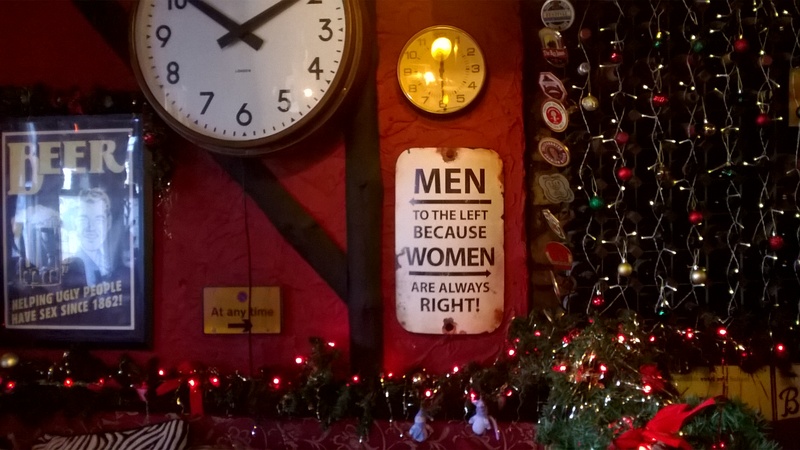 Furthermore, there was a completely restored restaurant carriage from British rail days of old in which we would have sat with our drinks had it not been so cold. The carriage is normally used for serving food but today and tomorrow, the hard-working chefs are having a miniature holiday. We then went to the Farrington Gurney Inn where we had a fairly ordinary lunch. The waitress who took my order was not quite ‘with it’. She repeated to me twice what I had clearly asked her for. I gave the order at about 1:10. The first course arrived about 1.20 then we had a long, long wait until 2:15 before the main course arrived. We noticed that people who arrived after us had been served before us and this was annoying. We did complain and were told there was a ‘mess up’ in the kitchen. My sister and I do not take excuses like this. They had the order otherwise they would not have delivered the first course.  At the end of the meal, she complained and got a rebate of £17.20 which I guess was the price of drinks. 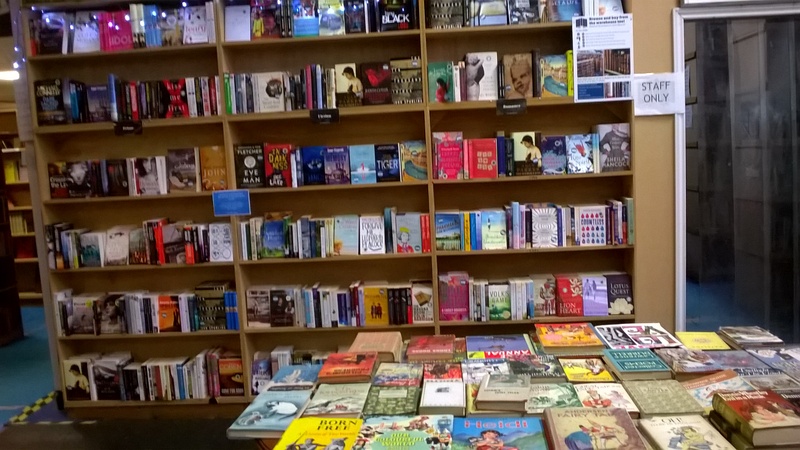 We then went to the Book Barn, which claims to have the biggest collection of second-hand books in Europe. Looking at the size of the warehouse, a converted barn which was previously used for keeping cattle, I would not question their claim. Inside is a lovely restaurant where you can get light meals, coffee, cakes, etc. The customers there are most definitely the literary type and it is pleasant to be with them even if we don’t speak.

I love books even if I don’t read them; I purchase about two books a week. I’m already full but I haven’t the heart to throw books away. Something has to happen otherwise I’m going to have to get a new property with a library attached

We left the Book Barn at about 3:40 PM to a lovely blue sky and witnessed pheasants and other winged creatures enjoying themselves in the afternoon sunlight on a field.