This is our last day in London.  I have managed much better than I thought with the energies of the capital,  probably assisted by the fact that there are very few people around.  I was happy to give a tip to one of the waiters at the breakfast in the hotel. She is called Luz,  which in Spanish means “light”. The given name is shortened from Nossa Senhora Da Luz, a Roman Catholic epithet of the Virgin Mary as “Our Lady of Light”. She certainly lived up to her name.  I guess she is a Roman Catholic.  She delivers her child, who is very bright, to the Catholic school over the road before starting her work.  I gave money for books for the education of the child who I understand from other members of staff is very bright.

After a huge and hearty breakfast (I might as well get my money’s worth) we set off with bulging suitcases  for Belsize Park, Northern line, change at Euston and alight at Pimlico for Tate Britain. Details matter when you’re carrying large suitcases. We arrived at the gallery shortly after 10 AM.  There were very few people there which is to be expected with the coronavirus.  We saw a few Japanese going round the gallery itself but the visitors were mostly middle-aged well-to-do people who were not working.  The Tate has this good idea of donating to the gallery itself and indeed all the baggage storage room by touch card at a fixed price. It is much more convenient than searching around for small change, not that I carry cash that much these days.

I know I’ve said this before but it is very easy to get back the value of your annual subscription, in our case a combined subscription of 120 pounds.
At the Tate modern, the Andy Warhol was £20,  Doro Maar was £13.  At the Tate Britain, the Baroque exhibition was £15 and the Beardsley £16. These are prices when bought on the Internet. The combined amount is £64.  For two of us that makes £128.  This is slightly more than the annual subscription which includes unlimited visits to all shows in all branches of the Tate Gallery (Liverpool, St Ives). 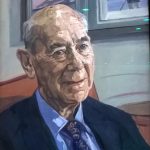 It is very easy to forget the philanthropists.  This image modestly placed outside the library is of Sir Edwin Manton who gave a generous donation in 2006. Sir Charles for contributed substantially to the Clore Gallery which is home to the largest collection of works by Joseph Turner. 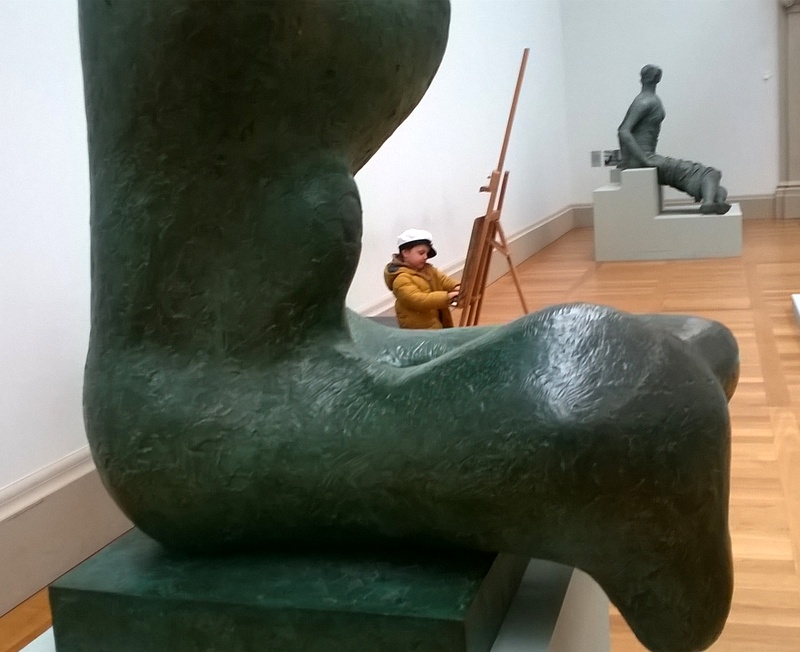 To Victoria coach station. This is our customary walk on the last day of our trips to London.  On balance we prefer the Tate Britain as it is less tiring and more intimate.  Normally the crowds in the Tate Modern are just too overwhelming. I jump on the coach as soon as the doors open and try to secure the front seat. They seem to have taken out the front row to accommodate people in wheel chairs and so there is now a single one with a ‘reserved’ sign on it.  The sign means nothing so I asked if I could sit there. I love being up in front with the driver so I can see what he sees. I mentally drive the bus with him. Sad eh.

It can take ages to get out of London.  16:30 on a Friday afternoon is not the best time to leave.  An hour to Hammersmith Flyover is not uncommon. (Suggestion : think of the saving of money and meditate). We normally pay £5 each way London to Bath.  Try getting that on the train.