Another lovely day, mocking the terrible things that are happening on planet Earth.  Extinction Rebellion do not lie down and die but are trying to draw parallels between what is going on now and climate change. By what mental contortions they do this I don’t know. I am so tired of them. It is commonly agreed that human activities cause about 3% of the existing carbon dioxide in the world.  The rest is a dance between the huge reservoir of carbon dioxide in the sea, natural phenomena like volcanoes, and the activity of the sun.  So 3% of 0.006% CO2  in the atmosphere is a very small sphere of influence and even if we tried, it is doubtful whether we could make a difference of more than 0 .1°C to the temperature of the planet.  Anyway, heating the planet is far more beneficial than cooling.

Just back from my local garage.  They’re going to close tomorrow.  Some of the staff had been sent home for their own safety.  The main reason for closing the garage is that the people who supply the parts are also closing.  This is in spite of the fact that the Corona virus has been downgraded by our government as I mentioned before to be nothing more significant than aspects of the normal influenza that kills thousands of people every season. 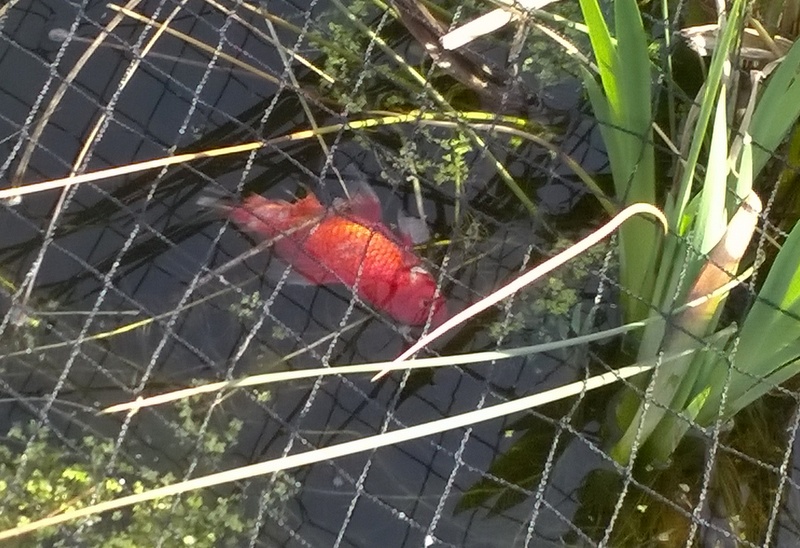 Today, we saw evidence that our mentioned goldfish, one of seven, has perished due to the mysterious attack that I mentioned before. It sits floating in the water, gradually deteriorating.  I know that such things may not seem important to the average person but we do care for our goldfish as we care for every living thing in our garden including birds, the hedgehog, the ants, the worms, even the bacteria that keep this garden functioning as a living entity.  We do not however have the same attitude towards a local cat that used to come and poop on our lawn and our beds at regular intervals.  However, since we bought an ultra sonic motion detector which blasts them with irritating high-frequency fields we have had no more trouble.

Today is a day for study.  I have watched several important videos about the coronavirus and about the control systems that are being bought in at a rapid pace.  the videos I am watching are on my relevant page on my website and anyone who is tired of watching the mainstream media and the incessant hysteria should watch these videos to get a balanced view.  The more depths of understanding you have, the less fearful you are.

As things get more frantic outside –  but this is nothing in the country compared with London or Madrid or parts of America or Spain where police are going round checking your reasons for being out – I’m becoming more focused within, and building up what I’m optimistically calling my ‘inner life’.  This results in my “meeting” qualified and inspired people with whom I can identify and tune into.

Lots more to get my head around.  There seem to be up to 80% false positives in ‘testing’ for the corona virus. Fear is about some imagined event in the future. I must focus on ‘the now’.

I have just been called by Susanne from my local church. She was offering to sing to me with Kevin the organist playing the piano to cheer me up and keep me positive. This would have been done on the phone on Sunday.  What a brilliant idea but not quite for me. I wished them all the best. Wonderful thing – the divine spirit in the human being. There is hope for us all.