Word of the Day  ‘Pertussis’ 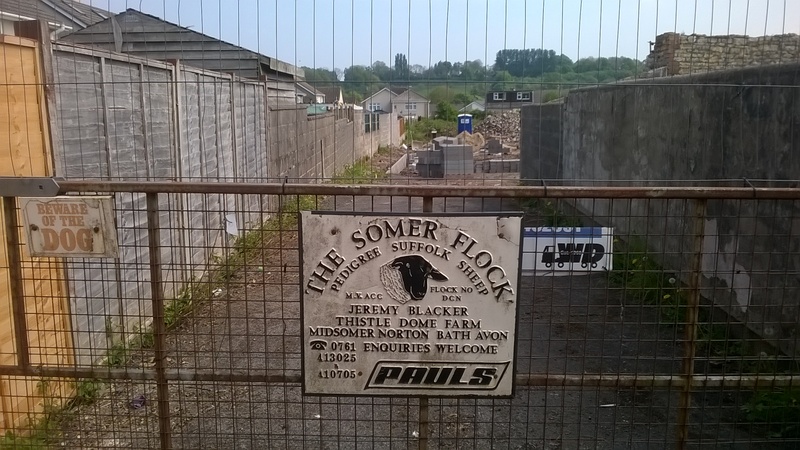 At the end of our close (street), builders are starting to put in some flats, five in number if I’m told correctly. This is the entrance though it is not used by trucks because it is too narrow. It reminds me of how the old way of life is being overridden by a new way of life. I am living on a sheep farm.  I would love to take the sign away and put it in my room but I don’t know to whom it belongs or whether they would mind or whether they will just chuck it in the dump.

Very little to say today.   Been hard at work putting more entries in my website. The possibility of a second and third fake Corona virus attack is significant and will result in frightening the public of the world into doing whatever they told and I fear that we are at this stage in the place where I live at the moment. I’m itching to return to normality but I do not think that will happen I’m afraid.

I feel a bit like being in prison at the moment though I can go out any time I want to. I dread to think what it is like being imprisoned especially as if you had been imprisoned without due cause or being imprisoned on remand. How do you fill the day when you are locked up for up to 23 hours, have no Internet or phone or friends popping round. I reckon it must make you worse then when you came in. No wonder so many people reoffend.

My stomach is continuing to give me problems, not so much acidity but the feeling of blocked food in the gut. It is relieved by having a hot water bottle but that does not solve the problem

So, what about the word of the day?

Pertussis, also known as whooping cough, is a highly contagious respiratory disease. It is caused by the bacterium Bordetella pertussis. Pertussis is known for uncontrollable, violent coughing which often makes it hard to breathe.

Children often make a “whoop” sound when they try to take a breath after spells of dry coughing though this classic sound is less common in infants.