I had an interesting morning when I was deselected from being a member of a local garden group. This is a “first” for me and something of an inevitability since I never really felt we were accepted by the group, I mean Françoise and myself. Some time ago I had written a round robin to all my contacts, that means a letter to everybody as a public service, on the topic of COVID , telling people it was a one-off. More recently I wrote a letter to the members of the group telling them about a lovely walk I had been on and would they like to try for themselves. The letter said that after “group discussion” I would not be invited to any further events. The problem is that if one member of the group gets a bee in his bonnet or her bonnet and decides that I’m not conducive to the public good shall we say then it is very easy to bully your way and demand that something happens.

I get a sense of relief from not being a part of the group because every time went along I was faking it to some extent anyway and ignoring the fact that people did not take us to their bosom so to speak. Fortunately, I have enough on my mind so I just write this off to experience and wish them the best of luck. I have written a letter of reply to the secretary but will leave it before posting it which in my long experience results in a more modified version going out of the door.

Yesterday, I had my first Zoom meeting. We had eight participants which from an initial list of 16 was not too bad bearing in mind those who forgot, those who lost interest and so on. We had a happy and productive time together. I’m struck by how many people are really missing the fellowship of others on the same wavelength (the topic was 5G and COVID) and there was a real emotional relief – and release – during the conversations. I’m now looking into more aspects of zoom which is as we say ‘a clever piece of kit’. It is free only at the lower end. I must buy a subscription because after the first couple of sessions you get cut off after 40 minutes so I must pay a reasonable sum per month – which I don’t mind at all. However, fair is fair, I shall ask participants to support me with a monthly contribution even if it’s only one pound or two pounds a month.

This morning I went down to the allotment to see the effect of the recent frosts. Our potatoes had gone and I was very glad we haven’t yet planted the runner beans. We are early in May so there’s plenty of season left.

To lunch at Hartley’s Kitchen. You have to order food in advance. I ordered at 11.30am for 2pm and we had a hot chicken pie with cranberry sauce for me, and a fish pie for Francoise followed by sweets. The benches outside the restaurant count as takeaways.

In an adjacent out-building to the restaurant there is a young and very enthusiastic Israeli called Adz or Az. He is not fazed by the economic downturn and told us about his business plan going from wholesale to resale for selling cakes and pastries. I cannot comment about how delicious the products are but we were privileged to be in his optimistic, fearless presence. I bought two cakes just to encourage him and also of course because I like cakes in their own right.  People say that fear has a smell and going around among the general public I think they are right. 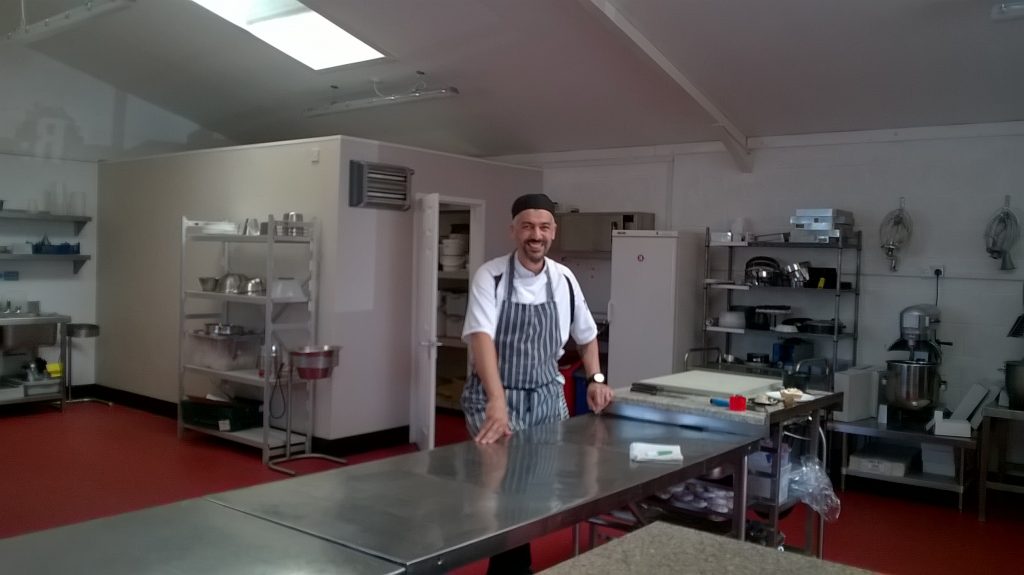 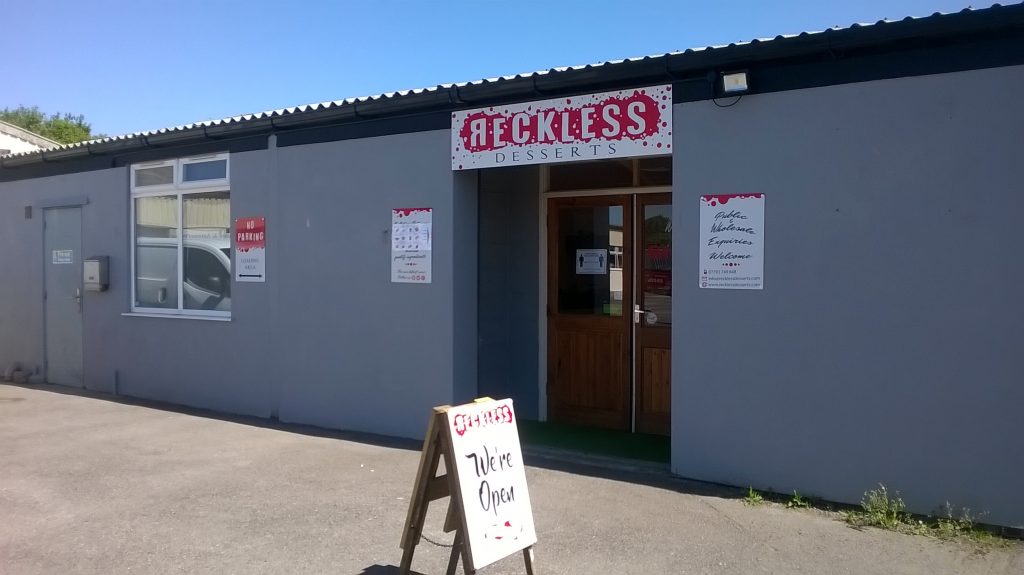 He is a very brave visionary because apart from a few outlets, the kitchen, and auctioneers, a health Gym, it’s very much in the middle of the country but over the course of a normal week, I don’t mean the new normal, a lot of people do visit so he might succeed. The public also visit the Rocky Mountain Centre which is about a mile away so every little bit helps.