Yesterday at about 1:45 PM I got the idea of creating a website to support people who were fighting various good causes. I was thinking particularly of 5G and Corona – exposing the disgusting corruption that is going on behind-the-scenes. I recall that when I started the 5G website, I think it was on a Friday, the whole thing rolled out over the weekend and by Tuesday lunchtime I had achieved the impossible and got a website, populated it, and got someone to design a leaflet who happened to live in India, got the artwork back, sent it off on Monday afternoon and got the leaflet by about 2 PM on the Tuesday.

It is in my view of vital importance to jump into action when you get an idea that just pops into your head from nowhere. I spoke to my old friend and service provider Pascal and I decided to register the name www.zoomland.net    It was registered about 5:30pm, I chose a WordPress template and got on with populating it – setting out the pages and so forth and testing it. This afternoon, Saturday, I ran over the details to make sure everything was working and hey presto it is now propagated and out there. When you act immediately to an idea it means that everything in the universe is lined up to ensure success. If you delay it will probably not succeed.

This morning we had a men’s meeting by zoom. We were discussing various things and one of the participants said he’d had a really bad week because he was losing confidence in the government due to their loosening up of the stay at home policy and this made him feel insecure. He lamented the fact that he could not hug his grandchildren and they had to stand six-foot apart.  I chimed in and said that the people who were advising the government was in the pay of Bill Gates who is both a eugenicist and a vaccine enthusiast so the science that Boris speaks about is not the best but skewed towards frightening the population into getting vaccinated. I said I’d be quite happy to go and hug everyone because I have an immune system, like the vast majority of people, that protects me from such things.

The lamenting participant turned on me and to put a polite interpretation on it disagreed fundamentally with what I said. He told me that he’d worked in the ambulance service and saw people going to hospital and not come out. I realise that he didn’t have any idea what was going on. Once you are full of fear, you can’t think.  This was an animal reaction. 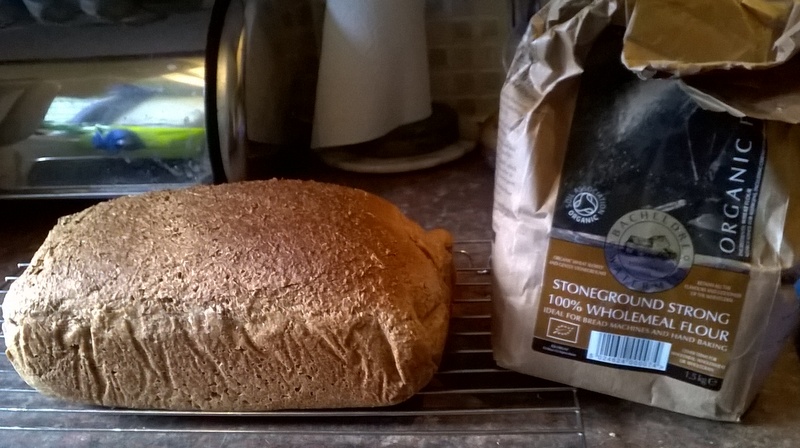 Today I spent a lot of time reading, this time the book by Frank Furedi about the presence of fear in the population and the effect on voting habits. I also ate some bread. I realise what an enormous difference to the quality of the flour makes. I know the good flower is expensive but I find that one slice of bread is equivalent to two or three slices of what I call bouncy bread with lots of chemicals and no substance.