I get the feeling that I need to give a public talk about the coronavirus though I don’t think that the public will thank me much for what Iwil tell them which is that the beloved BBC so trusted of old has been conniving with the government and with the corporates to interfere in our lives to a degree that 20 or even 10 years ago would have seemed unthinkable. I do enjoy standing up against the prevailing tide because I think people need to see both sides of the problem. I know that I will not win any popularity contests.

I need to learn about the difference between viruses, germs, microbes, fungi, and bacteria I need to know the value of each and who are the bad guys. My talk will be based on references to quotations by scientists skilled in the field. I will get one or two angry people in the audience that will try and trick me by questions so if I haven’t done research on something I will simply tell them that I don’t know or refer them to the Internet.

The sole purpose of the public meeting that I will have when the lockdown finishes, if and when it finishes, is to encourage people to do their own research. Absolutely nothing is being done by local politicians, the local council or the church so someone needs to do something to stop people reacting to my approach in the street as if I got leprosy.

The contagion of this particular virus peaked in March as it did in most other countries but people are still acting as if it was living and active. Most people who are going to get the virus have already got it – most without symptoms. The death rate is about 0.1%. The overall mortality rate is about the same as last year but better than the year before which had a major flu outbreak.

Meanwhile, I saw a video where young children were being reintroduced to school and were made to  stand 2 m apart. There is no shred of scientific evidence for this in fact the opposite is preferable because protection is learn from experiencing a whole stream of other viruses of which there are believe it or not 380 trillion in the body.  I saw a talk about the downside of wearing a mask saying that it increased the distance between a child and its mother because the child could not read the face of its mother.

The mask decreases the flow of oxygen to the lungs of the wearer which is bad for health.  Anyway I am not going to write my lecture now as I seem to be doing.   however, it is quite clear that this lockdown mentality was planned long time ago because you can’t lockdown 60 or so countries in a coordinated fashion without a lot of planning beforehand and I consider this event to be a world changing situation – for the worse. 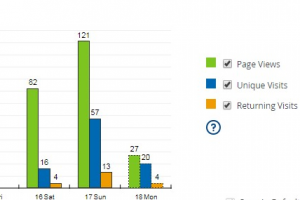 My new website, zoomland.net is a challenge for people to come out of their holes and actually have dialogue and interaction with others. I had lots of curiosity visits yesterday but not many today. However, bearing in mind that this is only its third day of operation I suppose that is not too bad. I remember that when I started the 5G site the same thing happened. There are so many demands on people’s attention and everyone is frazzled all frightened up to the hilt, wondering if their job is going to be there if and when they return.

At lunchtime on a whim I rang our new vicar at Paulton, Adam Pitts, and commiserated with him because I know he’s a man of many ideas. He wants to get cracking on a virtual service on Sunday and will be testing it, as many have done before in this steep learning curve of Zoom.

Off to the allotment to  water my plants, things grow so fast at this time of year. The allotment has a lovely fresh feel to it and a lot of people have put much effort into it. I’m very happy to preside.  I mowed the lawns front and back, finished off with a strimmer, you know the fiddly bits around trees and so on.