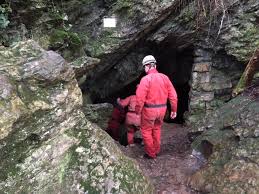 Apart from the more well-known caves like Wookey Hole, which is near Blagdon there are the Mendip caving group, sensibly located since there are many caves round and about.  Since the weather forecast was mixed, we were not sure whether to go out today at all but on balance we needed to escape from our house, not that we don’t like it, but that we need a change of scenery and some fresh air.

There were a great number of people out and about most of them alas still following the social distancing rules. We ignore the rules and just walked straight on but people are still ruled by fear so the brain doesn’t get much of a chance to have its say.  On the way out from the road to Blagdon, A ‘B’ Road it was, we saw the entrances to mysterious caves. Excuse the rather out of focus picture. I am claustrophobic with caves and I’m afraid I will get lost or injured so no way I’m going to go down one of these but it must be very romantic for those who choose such a hobby. 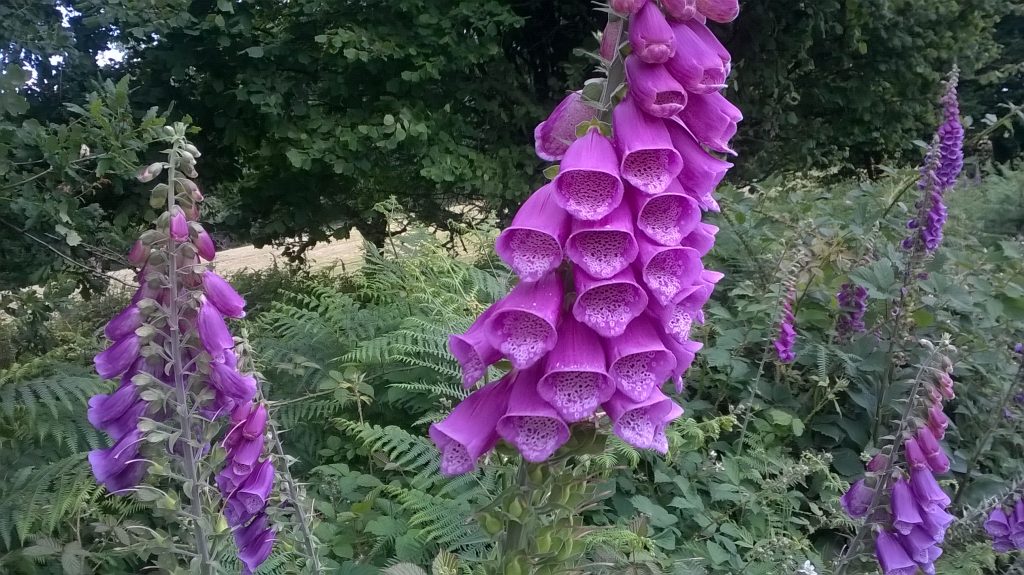 It was so lovely to pass by these lovely flowers – Digitalis –  in season.

This area is definitely worth returning to. This was our first longer drive in our new car. We are getting used to it gradually. Tuesday, we go to Bristol to meet someone who can give us a second key. It’s going to cost us £100 but someone told me the keys are much more expensive to get due to the security measures because each key has its own transmitter and receiver. I was told that a Ford key can cost up to £1000.  A tip for everybody – if you’re buying a second-hand car asked about the number of keys because if there are only one that would be a hidden cost unless you are quite sure that you’re not going to lose the one and only copy.