Since I bought my ill-fated successor to my v70 2.5l things have always been a bit betwixt and between. I have driven my old car in parallel with the new one, partially legally, just missing the MOT but bearing in mind that an extension was given. A few weeks ago I had to get rid of my new turbo Volvo because the gasket had blown and the repair cost would have been prohibitive. Since then I’ve been looking round to no avail. If you don’t mind travelling to Kent, Northern and Yorkshire, mid Wales, Scotland, there are plenty of petrol estate Volvos around but I have noticed that compared with the last time I bought a Volvo in 2015 demand for petrol Volvos has increased and at the same time everyone is trying to sell their diesel models like there’s no tomorrow.

Yesterday, I agreed to see someone local, in Chilcompton no less, who had a 1999 Volvo with 146,000 miles on the clock for £600. There were quite a few things wrong with it so I would have to spend at least £1000 on it and there were quite a number of bumps and dents at least according to the pictures. I have arranged to go see the person today, a very affable person called Paul, and we have a lovely talk. The only reason he wanted to sell his car was to get a more modern one which he did. I went to see him and tried to find the source of an oil leak which was indicated in the last MOT. The engine started well enough but I realised that I was not the right profile person to buy the car and what was needed was someone who was willing to do all the necessary repairs themselves. I told Paul that and he totally understood and I said that if my name is on the car and other things fall through then I’ll be back but I did not think he would have too much trouble in selling it.

We had a chat about Covid and he said he couldn’t believe that Boris Johnson our Prime Minister could cave in to pressure from elsewhere. It’s amazing how many skeptical people there are around. Today is the first day when we have to or are supposed to wear masks when we go into a food shop. I went into one where masks were not required and the atmosphere was pleasantly light-hearted.

I understand that Boris is talking about people being made to wear gloves and I think this is just the most ridiculous of a ridiculous situation. How much more will the public put up with before realising that they’re just been tested like laboratory rats but how much they can tolerate. I noticed some sculptures from Zimbabwe, soapstone, with which I was very familiar when I was out in South Africa. Evidently his wife has 100 examples of these weighing 2 tons in total. When she saw them advertised, she thought that they were much smaller than they actually were. I said I would happily make her an offer for some of them but Paul said that they were not available.

Anyway, back to the car. 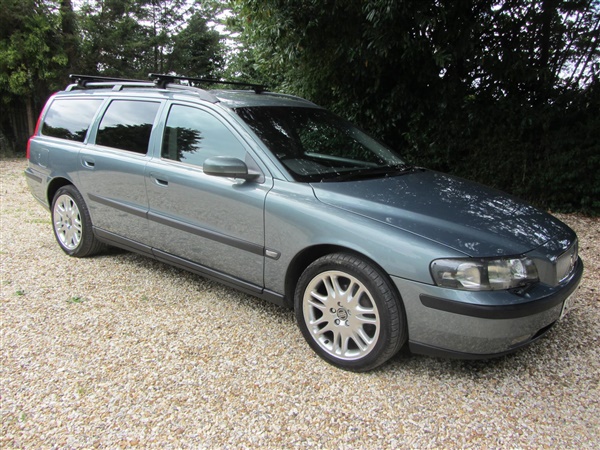 I receive a daily alert from “the car shop” which is an Internet site which concatenates sales from car companies around the country and one that jumped out at me, 2003 Volvo with 66,000 miles on the clock. That is extraordinarily low for such a year. It was available at £4950 but I still felt for various reasons that it was worth going for. I do not like the new fleet of Volvos and I consider the older style to be the first among equals. I have been very spoilt by the cavernous boot. My standard is – if you can’t put a coffin in it it’s not big enough.

I had a chat with the salesman on the phone and it was clear that we were on the same wavelength, both old school, both wanting to do the deed in the right way. As a result of this, I am going along next Thursday to a place near Bournemouth which I think is about 60 miles away to do the deed. I have to give a deposit of £200 which would be refundable in the event of my not wanting the car. When I made the decision I did feel a sense of relief and the burdens of not knowing that I had been carrying around for some months disappeared. It reminds me years ago when I was taking someone to court. There was no certainty that I would win or lose but the burden of not knowing sat with me night and day and I could never quite get rid of it.

So with any luck, the new car will be here and I can regularise the situation.

The day has not finished with me yet. I received a text from someone who is trying to sell me a car, a local person, asking me if I have received the photographs. I have not and he had evidently sent them to my mobile phone. He has offered me a Honda accord, 128,000 miles for about £1500 which is currently parked near Heathrow. I call that rotten timing because if I had received his first communication earlier in the day I could have factored that into my decision. However,  my contest wants me to commit to the car without having seen it and this is probably outside my sphere of comfort.