Off to the Pennines. On the way, we stopped off at a famous tourist spot called Ironbridge. This is where the first such bridge was built in 1799. It had been extremely well painted to preserve it and we had the pleasure of walking backwards and forwards across it. 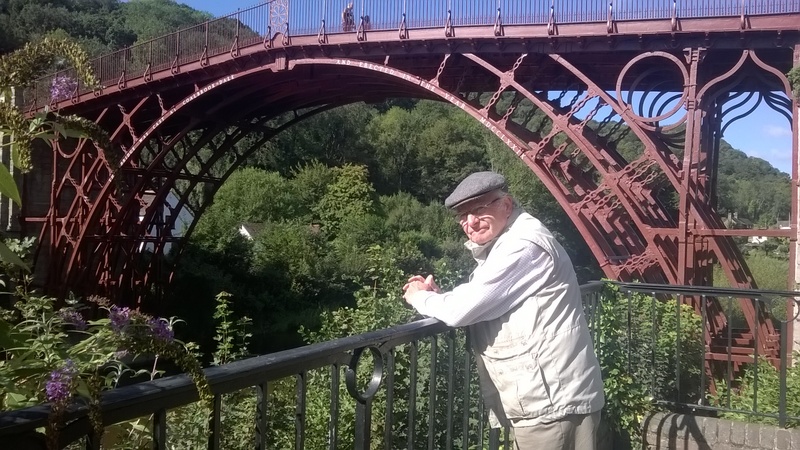 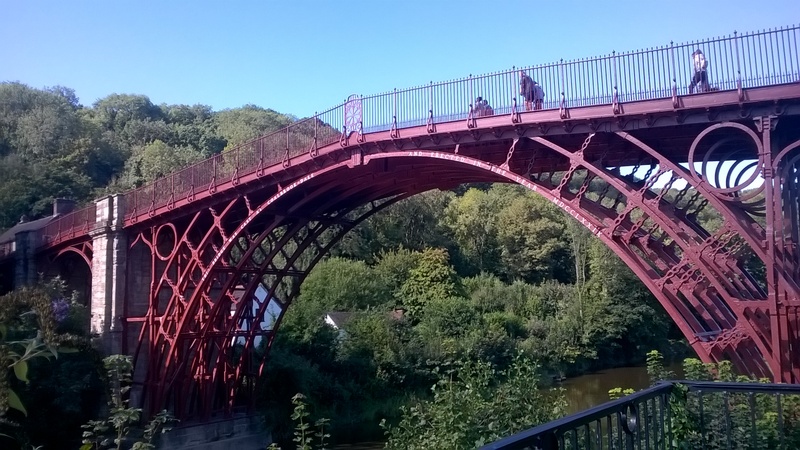 Then to a place called Hassop which is near to Bakewell. This is a bank holiday weekend and great numbers of people have come out by bike, by motorcycle, by car and on foot to enjoy the facilities and we rendezvous with our friend at the Hassop cafe, a huge institution. The usual COVID safety rules were in operation but it was quite well organised and we got served in about 10 minutes.

There were cars parked for at least half a mile so we cheekily drove up to the roundabout and I found a place to park. Unnoticed by me, I had parked partly on a pavement and this was nearly my undoing. We returned to the roundabout to see two police cars. I wondered what they were doing and as I drew level with them they started moving purposefully towards the area where my car was parked. The officer was very polite and asked if it was my car and said that he was about to issue me with a fine for £150 for parking on the pavement – where people with prams would have difficulty in negotiating the area. I was very contrite and said we were going anyway. The policeman had already filled out the form and was just about to stick a ticket on my car so I was very lucky.