Our host ended our visit by a short walk which encompassed a fast flowing river. There is plenty of water in the north-west of England which was a very useful facility for all the manufacturers of wool when Manchester was the world centre of production for many items requiring power. 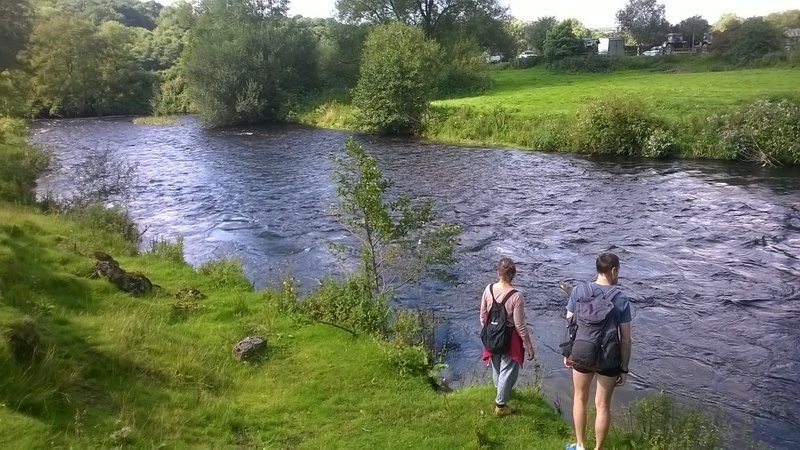 The journey from Glossop in the hills just below Manchester to my home south of Bath unavoidably goes through the very busy Midlands motorway interchange with huge amounts of traffic including many lorries, roadworks, narrow lanes, general overcrowding, 50 mile an hour speed limit, four lanes with no hard shoulder. All these add up to a journey that is more unpleasant and stressful than it should be.

I drove about 130 miles non-stop until we reached the Gloucester services, in my view a cut above the rest with its own farm shop. We were again greeted by everyone masking up. In the hills it was refreshing to see everyone with almost no masks at all. Here it was depressing and embarrassing. I had an overpriced coffee, decent chicken pie, and a large chocolate biscuit made of oats for which I paid £9.25.

We sat outside resting and I was able to enjoy the very splendid view of the clouds reflected in the pool. 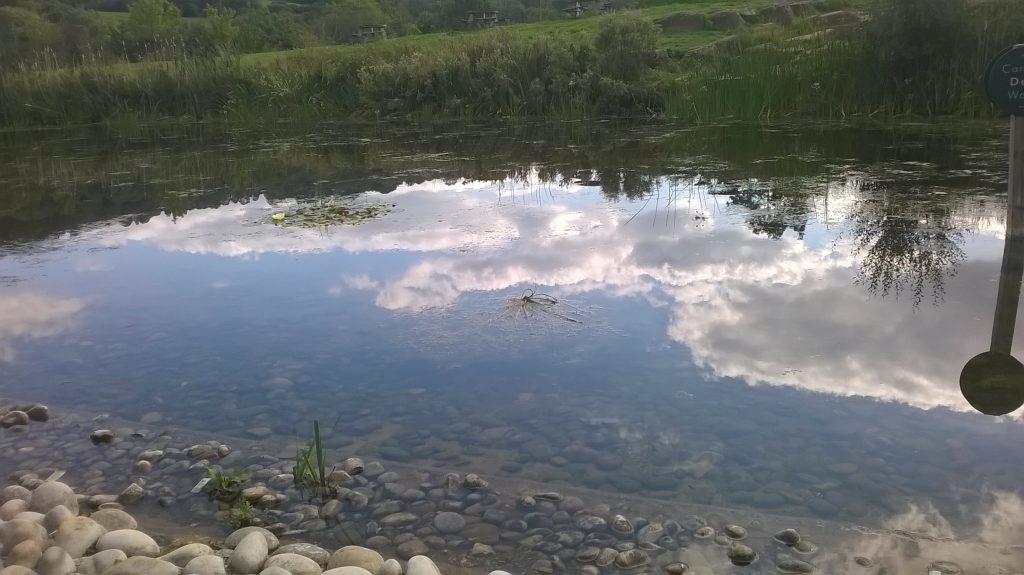 We arrived home at 5 PM. The last few miles were the longest. Overall the Volvo proved its worth for long journeys. We did a total of 444 miles for which the price of the petrol was about £64.

Before the next stage of the fake pandemic which will likely happen in October or November, we have decided to make the most of September and go out and about so let’s hope for an Indian summer.