There is nothing like getting your timing right and listening to inspiration. Inspiration has a timed element to it in other words if you get inspired to do something and you say to yourself that you will do it later, things do not work in the way you expect it to. I say, trust the universe.

I went on to People per hour.com last night at about 5pm to find someone to help me design a leaflet for the Trafalgar Square rally on Saturday. There are plenty of people out there particularly in India was prepared to do work for what we think is little money but actually for them is quite a lot.

I found a person called Sarita whose portfolio looked pretty good so I wrote to her last night at about 6 PM enclosing the rough proof of what I wanted. It came back about 2 PM today Tuesday, I sent her a couple of corrections and the final PDF arrived half an hour later. Tomorrow, I will send it off to my overnight printer and it will be at my hotel in London when I arrive.

Today is the autumn equinox and normally we go along to Glastonbury to celebrate this year. Due to you know what, there are no formal celebrations as such. Nevertheless, there were quite a number of people there and we sat round the chalice Well itself for some quietness and meditation. I managed about 5 minutes and then got restless.

It was then that I met a lady whom comprise my first meaningful communication. I saw that she had bought a pendulum. I knew she was a novice because I saw her holding it like a teabag and trying to make it swing. I being me went up to her and introduced myself as a dowser of 40 years. I did a reading using her pendulum finding out how she could best apply her talent and found that she was able to diagnose the atmospheres of buildings. I was very glad to be able to encourage her. Later on we met by coincidence in the centre of Glastonbury when I was with Françoise and I gave a further encouragement and gave my card.

It was very pleasant I must admit to be in Chalice Well Gardens with very few people because normally it is crowded. We paid £4.20 to get in; normally they let us in for nothing on special occasions. Knowing about the importance of grounding our energies we walked around in bare feet and spent some time wading in the paddling pool. 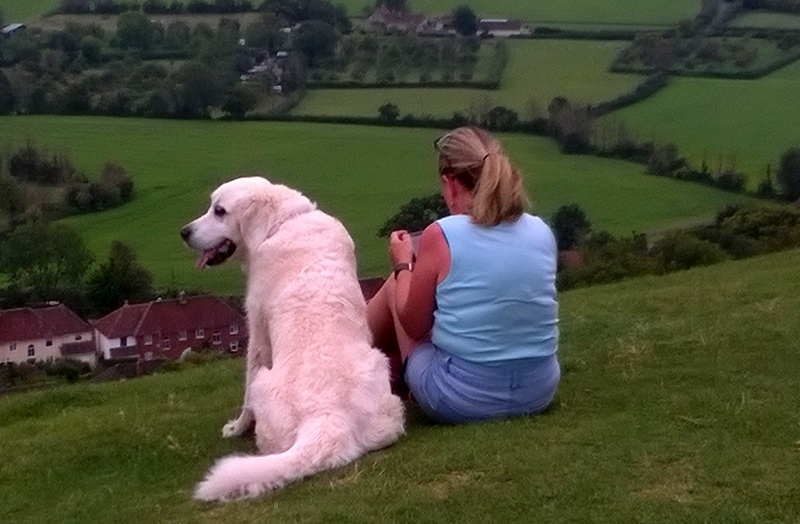 We decided to climb Glastonbury Tor and by the way it is climb for which you need to be physically fit. The way up and the way down is very much like a social club because everyone is on the same wavelength and you could more or less talk to anyone and be guaranteed a friendly greeting in return. Covid was a conversation piece with most people getting bored and desperate with it. I found that people who wore masks, one couple in particular, were alienating themselves from everybody else and if they don’t get mental stress problems I would be very surprised. 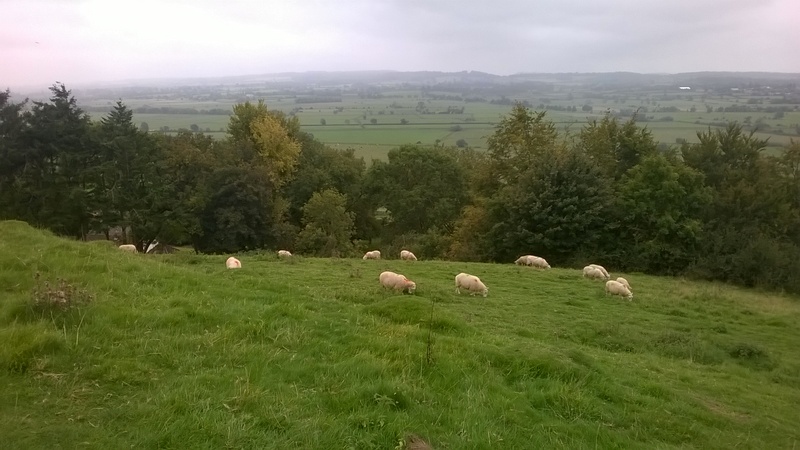 Sometimes, Cows are let out and they walk around the building at the top but on this occasion there were only a few sheep on the lower pastures. We met an African-American couple photographing each other and I got the impression that the male photographed his female companion many times so I made a joke saying that if I had 50 p for every time he photographed his friend would I be rich and he laughed knowingly saying yes. 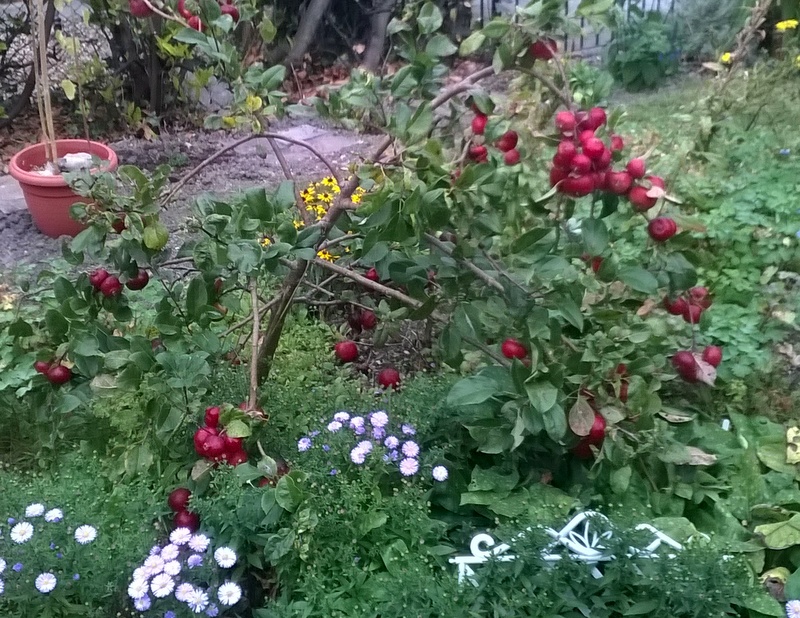 Under the mild threat of a rain shower or two we went down to the town and I decided that the best thing for me was a pint of local cider so we went to the King Arthur pub, a wonderful traditional pub just built for Glastonbury and had the most wonderful local cider, fairly sweet, and Françoise had some alcohol free ginger beer. I remember I used to make ginger beer when I was young. Once the top of the bottle blew off under pressure and the whole thing shattered pieces and some of the glass embedded itself into the shelves above and beneath. 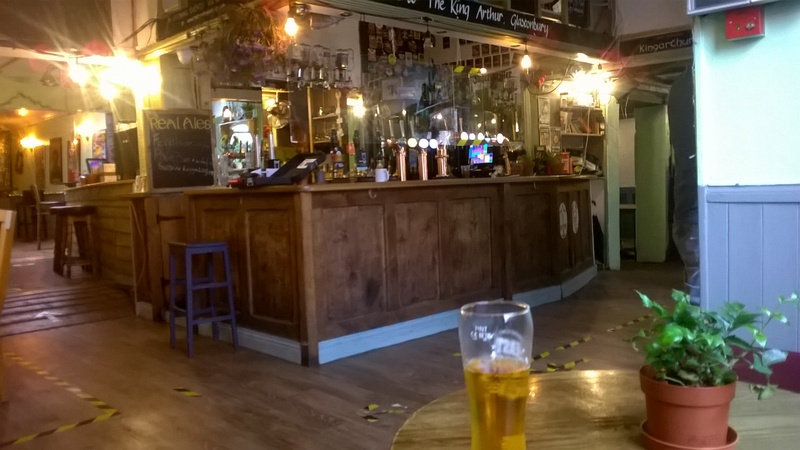 There are arcades of the Main Street that are most interesting to tourists who of course had been decimated in recent months. Invention and creativity is the order of the day. You could almost think you were in Greece looking at the picture below. 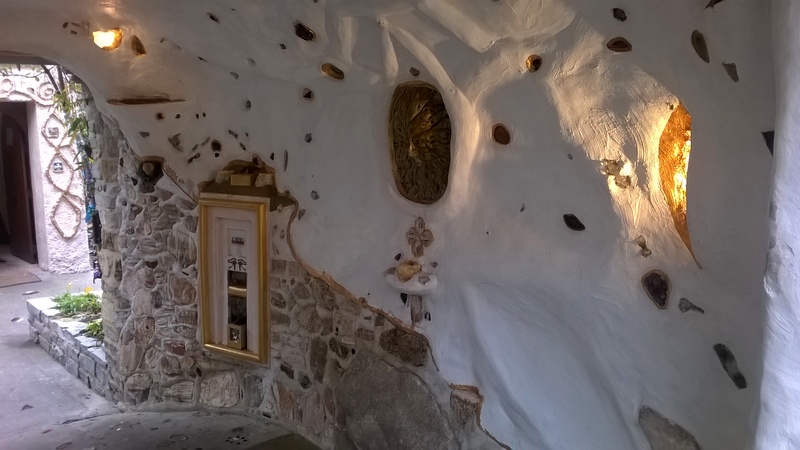 And so back home. Now the evenings will start to draw in.  On the way back, we got in supplies of coal which I note has increased in price. We paid £23 for 60 kg of house coal. We burn a combination of coal and wood so that should last us a bit.