Well, when I say trip I really mean scramble because although it looks very beautiful from a distance the gradient is very steep and when the ground is wet as it was today you have to be very careful not to slip and slide. It is 244m in height.

Cley Hill has lots of legends attached to it. There is a legend that the hill was formed by the devil, when he dropped a sack of earth with which he had planned to bury the town of Devizes. He had retrieved the earth from Somerset and was travelling to Devizes when he stopped to ask an old man the distance to the town. The man replied that he had been walking for years to reach Devizes, so the devil abandoned his plan.

The National Trust in their wisdom accepted it as a gift, and the 66-acre of chalk grassland was notified as a biological sites of special interest in 1975. It was gifted to the charity in 1954 by the six Marquess of Bath.

There is a connection between this place and my first child now deceased. His ashes were buried near this place.

To Mells for a lovely take away latte and sipped it whilst viewing an adjacent stream, swollen by the rain. 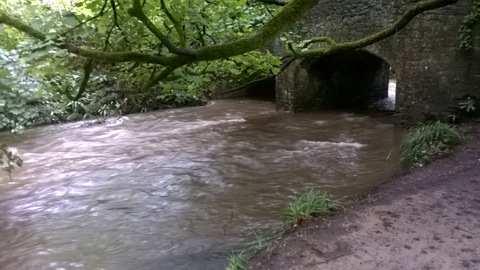 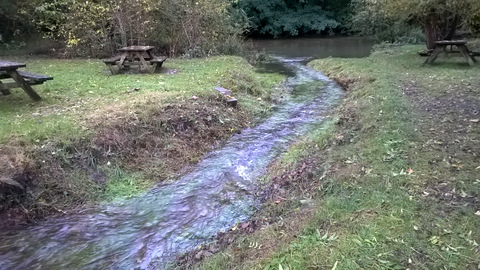 …and so to home for lunch. Françoise made a lovely colourful salad which I picture below. 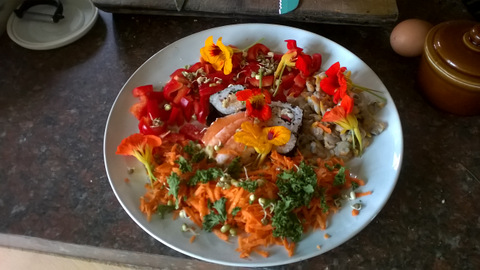