Early this morning I could not sleep so I listened to radio five live and I heard a policeman from Durham was close to tears because he was trying his best but they were receiving different and conflicting information almost every day for example whether to wear masks not wear masks, one day they are told to wear gloves the next day they are told not to wear gloves. This is really sadism. I felt like calling up but I just wondered what effect this would have on whether the BBC will tolerate any view that differs from the norm for example that the virus does not exist, that it is an exozome, that lockdowns are completely unnecessary etc.

I am rewriting my website which focuses on my psychic and remote view skills; I feel these are needed more and more in this age of disturbance and fear. The challenge is in trying to see what I offer from the point of view of the public and deciding exactly who I am appealing to. There is a phrase that if you try to appeal to everybody, you appeal to nobody.

I have a copywriter, Lawrence, who has done a splendid job so far but I’m thinking of putting some illustrations on the site to make it more human. He and I were discussing how to present our ideas and he felt that a picture of us to would be a good alternative. This fired me up to write a note to him telling him all the things I hated about people who appear in advertisements both on television and printed.

Rant about cut and paste images  for advertising / images in general.
I hate the following: 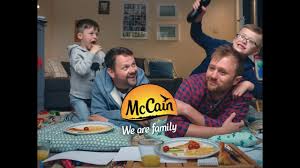 1.   Empty headed people with perfect teeth who grin at the camera
2.   Lines of workers. The third one from the front is a person of colour
3.   My most hated ads are for mobile phone companies where people on the phone seem to have dislocated their jaw they are grinning so much
4.   Gormless male wimps with soppy expressions giving in to their immaculately dressed ambitious partners
5.   Two models photographed together who are supposed to be couples but are obviously not
6.   Children in ads who have never had a haircut
7.   Dogs who run across the screen after a floor cleaning operation
8.   Politically correct large family groups – they obviously have no empathy – just grinning at the camera or posing awkwardly
9.   Families at the meal table eating rubbish food and pretending to enjoy it.
10. models on exercise machines who already have perfect bodies.

I wrote last time about the very remarkable lady who was an alcoholic and yet a delight to deal with. I am learning the hard way how variable these people can be. She thinks her neighbour wants to cut down our tree or have her do it. She defended her neighbour by saying that she lost her husband six months ago but I said this is not sufficient justification to demand that someone else fails a tree on their land. We shall go along tomorrow and try and sort out a diplomatic middle way.

I thought my stomach was improving but it seems that the culprit is wine. I’m sure which is the sort of wine because sulphides and so on are no good and divide by organic wine I do not get symptoms.