Being involved in anything controversial will mean an inner paradigm shift. This means that those who have been comfortable listening to you and being with you previously will now change their view.

This is a period of forced spiritual development. I read an article yesterday saying that the majority of people over 50 who have a problem with depression do not go to the doctor. They think they should work it out themselves. The problem here is that inner damage is just as important as the so called physical damage. The best tactic is to prevent damage occurring on the mental level and in my view this can best happen through a supportive community. These lockdowns are a challenge to us all, whether we are directly involved or not. We are all members one of another 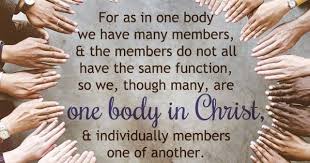 This morning I went to scrounge the local scrap yard for  pallets to use in the construction of my allotment bonfire, due to happen 2 PM tomorrow. It will do so in spite of the rather inclement weather. Wood fire burns at around 500 degrees centigrade and this is irrespective of the outside temperature. So, if you went to the Arctic where it’s -20 degrees the fire would still burn at 500 degrees centigrade ; it’s just that the heat would dissipate quicker. We have a huge pile of greenery to get rid of but that’s irrelevant because of the difference between 100 degrees centigrade and 500 degrees centigrade means it’s a no brainer.  It’s all in the preparation.  The key thing is not to throw great clomps of rubbish on but wean it first to make sure that oxygen can get in.

Look out for Saturday’s diary for full details.

Yesterday, we had the men’s group of Frome at which we discussed various Christian topics including one of the members who gave us an account of the history of his life commenting on how he believed he was guided to come down and live in this area by a series of coincidences. The meeting lasted one hour 30 minutes. When you are enjoying yourself, time flies and I’m sure we could have gone on for the whole evening.

The original coordinator noted the gelling of community spirit within the group; he compared the existing spirit with that of three sessions ago and there’s no question that we have moved forward. I always say that it takes not only a minimum number of people but a minimum level of trust even though we know people it does take something to open ourselves up, especially feelings, to a group of others.