As all students of the esoteric will know, this is a great day for conjunctions apart from being the winter solstice. There is only one place to be which does not involve a lot of traveling and that is Glastonbury to which we set our sights on, arriving at 11 o’clock in the morning where people were gathered in some numbers to celebrate in their own way. As I have said many times this is a place where you can speak to virtually anybody. I had about half a dozen conversations with various people .

One lady had a son of about 6 years of age who was exceedingly lively and I said that I felt he was not precocious and asked how she was managing. She said the worst was over, the most difficult to manage was when he was 2 years of age, plus she has a very supportive husband that does lots of arty and physical things with him and she, the mother, helps him with school work. He also has a supportive community and a good school.

Dear boy, whoever you are, well done in choosing your destination for this lifetime.

I strolled around for about half an hour with no shoes on which you may think was a bit crazy in winter time but actually it was about 10 degrees  +  and very comfortable. The temperature of the spring does not change between  summer and winter so we went for a paddle in the waters to great effect. Grounding is most important and is a part of purification. It links our energy field with that of the planet. That, and drinking pure water, could solve many of the ills of the body.

We left chalice well at about 1 PM and went off to have something to eat in Glastonbury town itself. I was horrified to see the sign below that the beloved high street is being changed to allow for ‘social distancing’ as if you can change someone’s habit through constructing a pavement in a certain way. 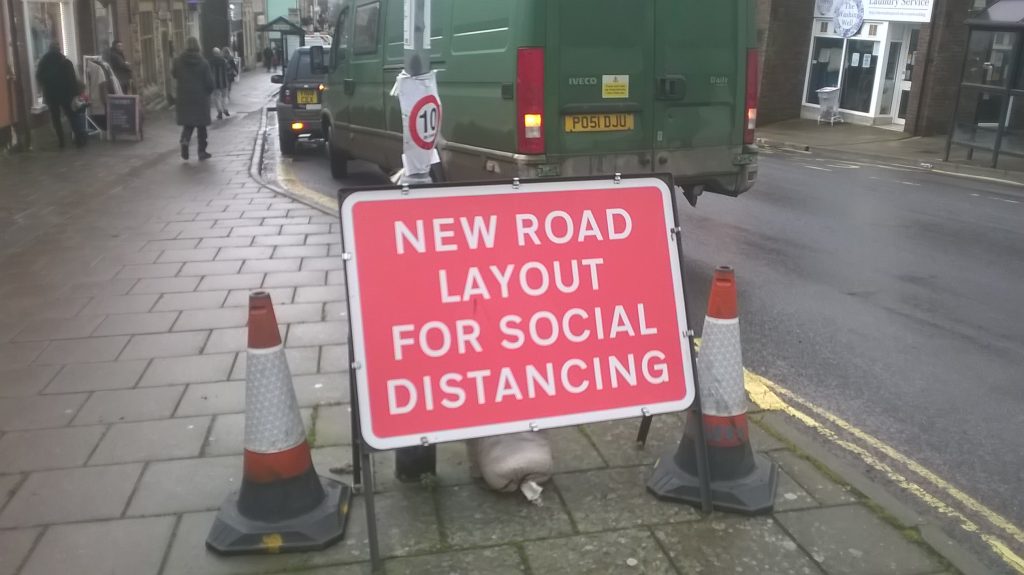 It is clear that the heavy mob had been around because they was saying they only two people must be in a shop at the same time . About half the people were not wearing masks which is a good sign. We had the ‘one in one out rule’ at Burns the Bread which is where I normally get my lovely sausage rolls . I walked in without a mask and was not challenged. The Council had thoughtfully taken away all the seats in the high street as if that would make any difference to a virus that does not exist for an epidemic or pandemic that has passed.

It is amazing that you can change the atmosphere of a place by making a few rules and regulations that separate people . It was not possible to go into a pub and order a drink without having a ‘substantial meal’ but I was unable to check how many people were actually keeping to that. I wonder what the regulations will be next week . I was sad to see that the Glastonbury Goddess center so beloved of us had been closed since the 5th of November and will open as soon as they can . At the present rate that probably means about Easter so all over the place people are being deprived of services .

We went into a candle and incense shop. I LOVE candles. There is something about them. 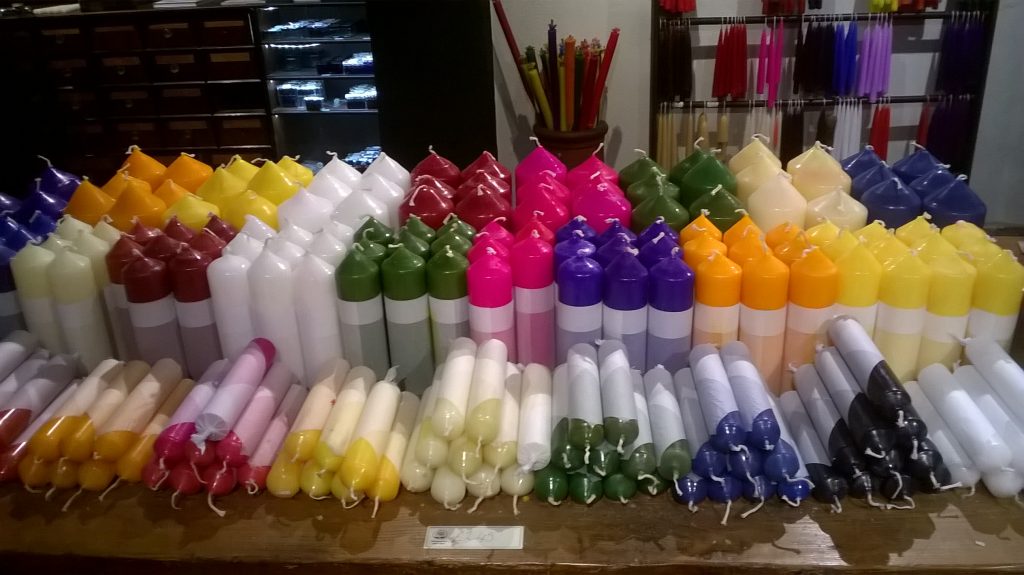 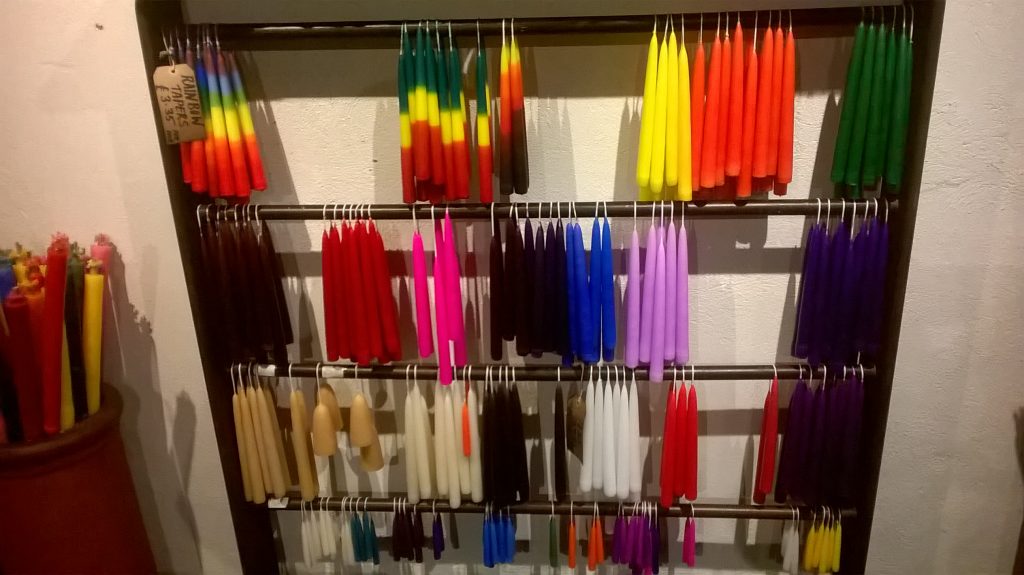 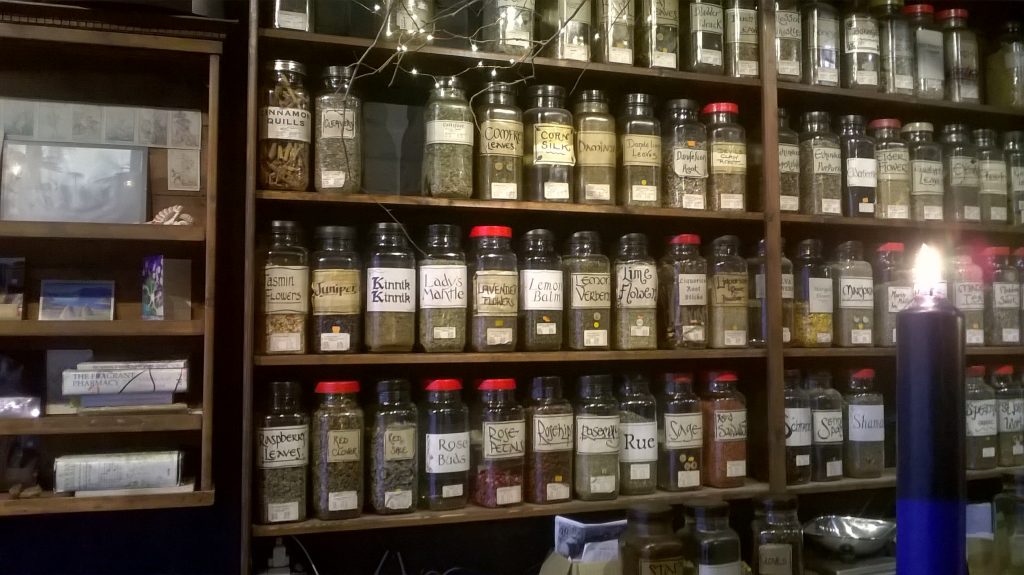 An amazing number of spices and preparations in the same shop.  Use the ‘print’ icon at the top of this page so see some of the labels. Press Control and + at the same time to enlarge.   It could be out off the 19th century – or older.

We went home via Shepton Mallet and did some vanity shopping in Aldi and afterwards went for a walk down the little high street, I could almost say a historic and quaint environment. We counted about ten shops that had closed. How many businesses can stay open for 6 months without any measurable income. Even the charity shops are struggling so that shows how bad it is. I doubt if it will return.

I do not often cross advertise between my sites. I have written an account of the COVID situation called in a nutshell. There is no hope of trying to understand what’s going on unless you see the background. This is is my rather bitter-sweet Christmas present to everybody, which will hopefully give you all some peace of mind and a certain explanation for things.