I gave what I thought was a fairly decent lecture last Saturday week as I mentioned but recently I got a very critical email from someone who made all sorts of comments about me including my lack of spiritual development. She more less threw the book at me.

Fortunately I am blessed with enough psychic ability to rise above this which I did eventually. I did a reading on how well the other members of the audience had thrived and we got on 8 out of 10 on average. This lady who complained was completely blocked and we got a reading for anger from her of 8 out of 10. I realize she was complaining in me about qualities that she had in herself. 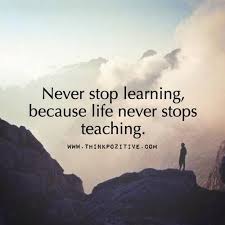 However there are always lessons to be learned, particularly about what is included in the description of what you are going to offer, and the need to be doubly clear in any matter of personal communication.

After 50 years of doing this sort of thing, the learning continues.

A friend of mine, David, with whom I’ve been speaking about effectiveness of communication with those who do not believe what you do, made contact via the phone.. Our discussions have been very productive. He went back to his flats in Essex to find that one of his tenants had trashed the flat and furthermore used blackmail to get the deposit back by saying that he would refuse to leave. Going to court means that it would take months and months to get the money because you have to go through the proceedings. David’s father had previously advised him to rise above this and walk away. I made the comment that that would save him months of worry waiting for process which was not guaranteed to succeed.

These are difficult times for everybody; one of the laws that is in place is that you cannot throw someone out during the covid  period because they have not paid rent. This will come to an end eventually but meanwhile but not before many landlords have been left in a serious position.

I remind my readers that the whole aim of the new world order is to destroy current society by a process called the Great Reset before entering into the period called the New World Order. I can see the Trump/Biden conflict resolution as contributing to this.

So, a difficult day in some ways but I am happy if I have learned something even if the lesson is painful.