I have not watched Mainstream news since March 2020. No, not one little bit of it. It is a lie – a disinformation and propaganda machine like no other. I view Russia Today.

However, for whoever is interested, this is what I actually watch. 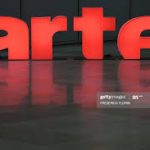 Over lunch we watch arte. It is a European cultural conglomerate of many country stations and channels. The quality is for the most part superior to BBC, who have this obsession with the lowest common denominator. I loath the way that in travel programmes the interviewers patronize the locals and show them little respect.  We will typically see a documentary or a cultural programme, good pace, developing the characters and giving us a genuine insight into the country concerned.. 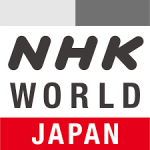 Japanese NHK is also one with a focus on culture and history, well worth  a watch. Again, the interviewers are chosen because they speak Japanese and the pace is such that you can absorb the material thoroughly. If you assume a longer attention span you get a better quality viewership.

And now to more mundane. I enjoy 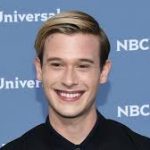 Hollywood Psychic Tyler Henry is a really good model for professionalism and humility for a young person that is obviously very talented. He is very tactful and sensitive when it comes to giving messages from the deceased. His refreshing honesty makes him all the more believable. 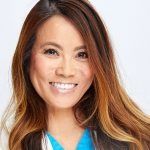 Dr . Lee, also known as Dr Pimple Popper is unfailingly caring for her patients supported by her laid back husband. She is a role model to me of a supportive person – often dealing with emotional patients who have put up with body deformities for too long. 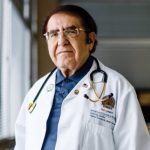 I have a fascination for the ‘larger than life’ patient and so the series on subjects who weigh over 600 pounds, called’ My 600 lb life’ . They visit the one and only Dr Nowzaradan, AKA Dr Now in his Houston, Texas clinic. Patients have issues of self worth and lack of discipline, very often arising from a loss of a loved one in the past. 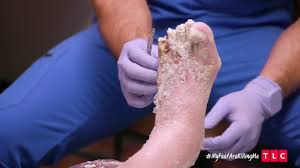 Deformities are also interesting.  One such is ‘my feet are killing me’ This from TLC The Learning Channel, and instructive it is. There are two iterations, the USA one (pictured) and the UK one (Harley Street).

I no longer find ‘Embarrassing Bodies’ interesting I know Brits are embarrassed about their symptoms and I know the doctors have ‘seen it all’ and normally can find a solution.

Ambulance programmes? Air Ambulance particularly the Yorkshire service is always good but some of the ‘Inside the Ambulance’ programmes are too trivial and have an excess of chit chat from the staff – which I can hear any day in the street. ‘What’s Your Emergency’ is more meaty. 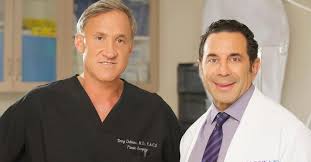 ‘Botched’ (ITVBe) shows an affable pair of eccentric but very competent plastic surgeons discussing with and operating on women who are obsessed with reshaping themselves – goodness knows why they want even bigger breasts. 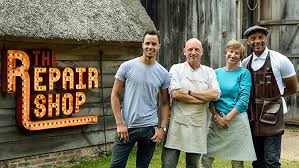 I absolutely love seeing someone bring in a battered old toy or keepsake and see the look on their faces when the item is transformed as new. Oh, that all jobs were so satisfying.  One of the few covid-free  items to be found  on the BBC

Assfor Youtube – I am not averse to watching car crashes, sudden floods, any natural catastrophe ‘caught on camera’.  Are drivers in Russia the worst in the world? 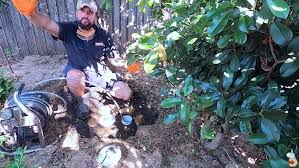 I have a ‘thing’ about water. There is an Australian channel about drain cleaning, by someone called ‘drain addict’. He is always with his brass avatar ratty, who he ‘feeds’ with  any sweet corn he finds. 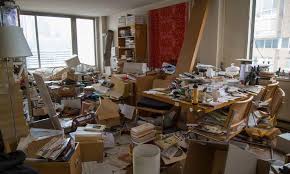 Compulsive Hoarding  disorder – people who cannot throw stuff away and where the situation becomes so extreme that they are threatened with eviction. This is one of those hidden disabilities, estimated to be experienced by 1.2 million people in the UK alone.  I feel for them because I have difficulty in throwing my own stuff away. 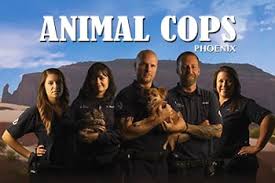 Animal Cops – Phoenix – Always entertaining. How people can treat their animals so badly and not being aware of it is beyond me.  If I cannot sleep and turn on the TV in the wee small hours I am bound to find an edition playing somewhere.