Today is Beltane otherwise known as mayday the 1st of May we are off to Glastonbury in general and chalice well in particular to celebrate. Many people particularly the ladies come bedecked with flowers in their hair. Men bring along their wizard sticks.

I had a number of wonderful conversations with strangers as you do. Chatting goes down well as we are on the same wavelength

I met two young ladies who were videoing and making their attempts to spread love light and female empowerment on the planet. I told them that their efforts were very important and that they should continue; they seem to be moved by this .

I met a couple who were from the north of England on their first visit and encouraged them to talk to anyone they met and also to go up the Tor were they could find a what almost amounted to a social club.

I came upon a young man called Solomon who clearly had done his homework and was at peace with himself. I was able to exchange a few sentences and wish him all the best. He is evidently known and respected locally at least according to one of the staff members that I met subsequently. I commented that he would be the type of person to draw people and good luck to him without ‘effort’ because he was ‘right’ with the universe.

We then went up The Tor. It takes about 20 minutes and requires a reasonable amount of energy and fitness. What gets me is the distance between the steps, or should I say the width, which you either do in one large stride or two small ones. I preferred to walk on the turf either side.

I was a little bit worried about my shortage of breath. I do not have any lung diseases so far as I know but anyway we took it in stages and made it to the top where it was a little bit windy but very well populated with a lot of people enjoying themselves having picnics and celebrating.

Rain threatened so we left about 4pm, good timing as it happened.

Sad in a way that we had more meaningful conversations in two hours than we would normally have in a week whilst stuck at home. The next years will be tough as the New World Order people turn the screws. The Powers that Be see us as cattle. 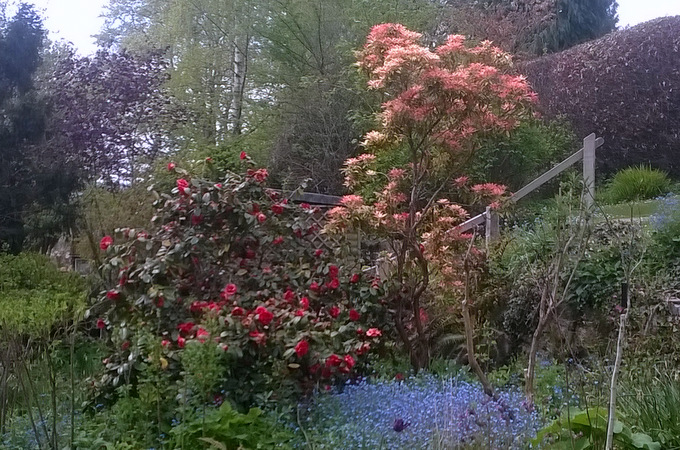 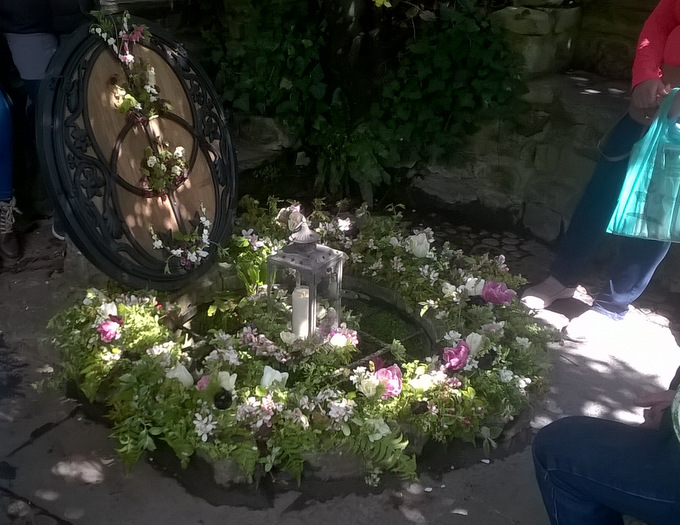 The Well dressed for the occasion.