Poppies at their best – Afternoon Tea 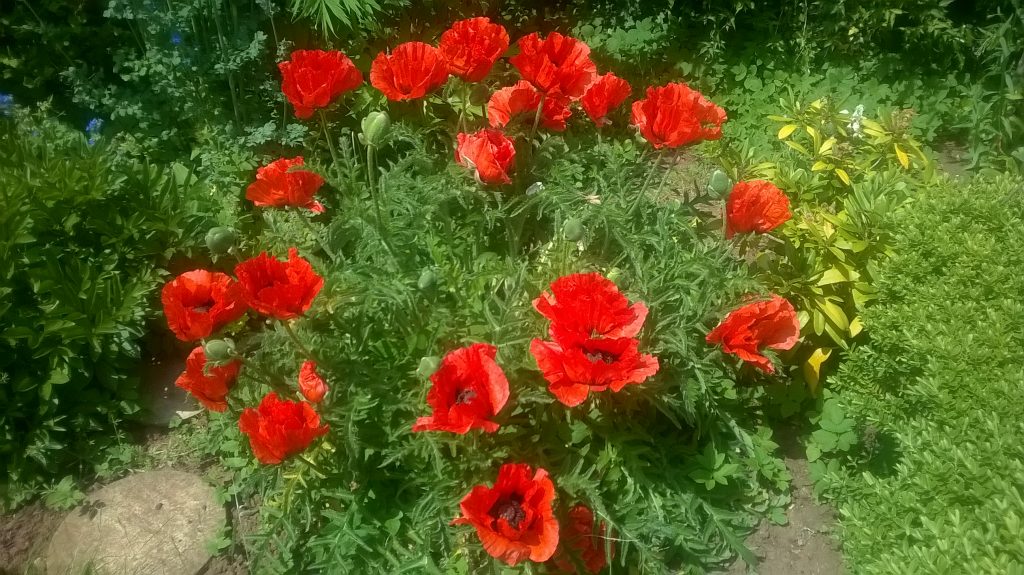 On a lovely sunny day, these poppies in our garden are full of light and colour.

Yesterday afternoon we had a delightful tea with two people on the same wavelength as us. We had lovely fresh cream, cottage cheese, freshly made scones, and a variety of teas. I can’t remember the last time I had such an occasion; as a bonus it was in a delightful conservatory attached to the property which gave an extra room to the house, 12-ft by 16- ft and was about the same size as an average living room.

It’s not often we make friends that are couples who are on our wavelength, red pill people I mean, this was certainly the case and we have arranged to meet again.

Earlier today I gave a business reading to my furthest flung customer, a German living on the south island of New Zealand who had to make decisions about whether to hire a particular person. I always look at the background and the childhood of the person to tell what qualities of dependent and honesty they have. Very often dishonesty is a sign of defensiveness when one has been attacked – often unjustly – in earlier years.

Boris has threatened to put off the time for opening up this country (UK) from the 21st of June as originally promised to 21st of July citing various variants that are appearing and the difficulty in getting hold of Vaccines. When will the great British public realise that Boris is working for someone else than the British people. I suppose when they get out of their fear induced trance.