Our group is called rather unfortunately ‘Mens United BA3’ which of course clashes too much with the Manchester United football team but perhaps that is something that is only going on in my head. Since forming the group a couple of years ago we have not attracted any new members; we have a core group of about 8 to 10 people who meet regularly.

We met in Radstock Swallow Cafe which is a place where people with learning difficulties are encouraged to function in a public role. I prepared a special talk on wind, using references from the Bible to look at the various ways in which the word wind in its literal and symbolic manner was used. The wind was blowing extensively earlier this evening which was why I was inspired to write a piece from which I give excerpts below and give a short talk on the subject.

Most Christians are familiar with the story of the disciples who were fishing. Peter was so afraid he began to sink and he cried out to Jesus to save him. Jesus ordered the winter be quiet and be still. The disciples were terrified. They asked each other, who is this? Even the wind and waves obey him. A quick reminder that perhaps the disciples  needed this physical event to remind them of the nature of the person they were with. 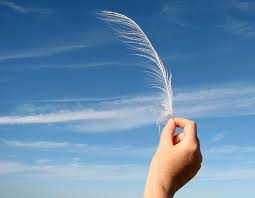 We also have a parable of the man who built his house on sand. The rain came and the winds blew and beat upon that house and great was the fall thereof.

The man who built his house on rock lived to tell the tale.

In the Old Testament in Zachariah it is recorded that the prophet looked up and saw two other women. They had wings like the wings of the stork. Wind was sent by the Lord to carry them along. They lifted the basket up between heaven and earth.

I love the bit in John chapter 3 v 8 where it says ‘the wind blows were it listeth to. You hear the sound it makes. But you can’t tell where it comes from or where it is going. It is the same with everyone who was born through the spirit‘

This reading brings shivers up my spine.

James says that when you ask God for something you must believe and not doubt because the one who doubts it is like a wave of the sea, blown and tossed by the wind.

Finally, in Revelation, part of the vision was “after this I saw four angels standing at the four corners of the earth, holding back the four winds of the earth to prevent any wind from blowing on the land or on the sea or on any tree.

With so few people at the meeting it was difficult to make any plans for the future but we agreed that regular monthly prayer meetings were a good idea, and that there could be talks, given in people’s homes, which would enable Fellowship to take place.

I am personally put off by prayer meetings as such but I believe that during meetings where people are united in spirit, prayer of sort takes place anyway.  I do not like prayers consisting of shopping lists and drawing God’s  attention to what is going as if he is any sort of a God, he should know anyway.
.