We had spent a quiet day together doing the garden and spending some time preparing lunch. Little did I know what was going to hit me in terms of learning experience. About 2:30 in the afternoon I switched on the TV. I think we were having a late lunch. There followed a sequence of events that focused me exactly where I needed to be both in the attitude to myself and to others with a certain type of disability.

Naoki Higashida. until this afternoon I had not heard of this amazing young man. I felt I should tune in to Japanese NHK TV, which is our favorite non-English channel with a quality of reporting way above what we see in the West. We have about 600 channels to choose from so why I chose this one at this particular time is a mystery . The same thing happens with travel and the people we meet; we seem to get the timing right on each occasion. I regard this as a real blessing and I seem to be looked after by some mysterious force.

This young man featured on the programme has autism and is looked after by his mother. I enclose some snapshots from the TV to give some idea of the length and breadth of his intellect. He has written a book that has been translated into 30 languages and on watching this TV documentary I immediately ordered it via Amazon prime; it should arrive tomorrow Sunday (yes, you read that right). It is called “The Reason I Jump” – one boy’s voice from the silence of autism.

What is amazing is the number of people throughout the world that have been affected by the book particularly parents with autistic children, who have been enabled to get inside of the head of the autistic person and understand where the problem lies or what the symptoms indicate. I’m really humbled and moved by carers who are driven with a motive that is innocent and altruistic and they go on doing so day after day, week after week, month after month, and year after year. This type of action cannot be faked. Autistic people themselves have no choice, they have to carry on in spite of gross dysphasia between their intentions and the interpretation of the people in the outside world

In his description of how he sees life, I could see this as an amplified version of how I feel sometimes. For example if I picture something in my head I cannot talk about it at the same time. The vision takes precedence. 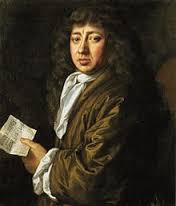 Even Samuel Pepys, the great diarist of the 17th century, is capable of having a bad day. He wrote on Thursday, 28 April 1664 …

” quite tired with business, and without joy in myself otherwise then I am by God’s grace enabled to go through it and one day, hope to have benefit by it”

I may be fortunate, but I find that as soon as I get up I’m “full of beans” as the English say. Moving from the horizontal position to the vertical position seems to trigger my brain to full action for the day. After my requisite coffee, I turned on the TV to hear about a breast surgeon who had mutilated hundreds maybe thousands of women over a period of 15 years and it makes me wonder where the controls are both in private medicine and in the NHS that someone can do this for so long. In China you would be executed for such a thing.

My galaxy has a facility for summarising news in various categories with a left swipe on the screen. One item particularly caught my attention. The essence is that female dragonflies are faking their death to avoid the attention of males. Researcher Rassim Khelifa was doing studies on the Moorland Hawker dragonfly while collecting larvae in the Swiss Alps. While he was working, a female being pursued by a male crash dived into the ground and then lay motionless on her back until the suitor flew away. Once the coast was clear, she got up and left.

The researcher was intrigued and paid special attention to this phenomena. He found that dragonflies faking their death is standard practice when a male will not leave the female alone. 27 out of the 31 female dragonflies he watched used this tactic to avoid males.

So ladies, can we learn from nature here. If you’re being pursued by an unwanted male I’m not suggesting you dive bomb yourself into the ground but how about freezing? How about an expressionless face? Maybe it’s better then giving any form of attention to the unwelcome intruder.

The brain is the ultimate relational database and can produce enough new ideas to keep us going 24 hours a day. the question which I shall only deal with briefly here is this “what causes us to stop being creative?”. I can give a lot of cheesy answers but basically it would be fear and insecurity. With the former, it would  be more accurate to say ‘angst’ which is fear without a clear object. Insecurity is another matter and that may arise from this dreaded word “normality”.

Predicating your behaviour on what you surmise others will think of you is a pathology. It kills spontaneity stone dead. If you were an artist, and we all are in a way, would you refuse to paint a new picture because you think it might not be received by the public? No, you paint it anyway, because it lies within you and demands expression.

Once you become creative consistently, you are hooked and you will never return to normality and conventionality again. You have taken the blue pill in terms of the film the Matrix. for those unfamiliar with the quote, here it is: 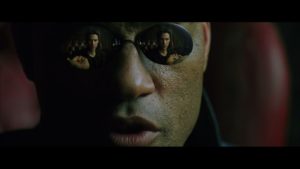 “You take the blue pill, the story ends. You wake up in your bed and believe whatever you want to believe. You take the red pill, you stay in Wonderland, and I show you how deep the rabbit hole goes.”

The term ‘red pill’ refers to a human that is willing to be made aware of the true nature of the Matrix.

I think most of our insecurities if not all of them originate from within our mind and that is why the mainstream media of the world are so focused on using the word ‘terror’ and ‘fear’ time and time again to make us terrified of being ourselves and subservient to the invisible machine that tries to control our very thinking.