We noticed this mysterious tapping sound a couple of days ago and thought it was someone with a trowel doing a rather tricky building operation but this morning we have discovered what it was. In our garden is a large mirror which I rescued from the recycle. we discovered that a robin was quite convinced that there was a competitor looking at it and it was typing away to try and defend itself. We turn the mirror around to try and distracted but it went round the other side and attacked it again. It did not seem to learn or did not have the perceptive apparatus to see that it was itself. He caused me to ponder if I do the same thing myself, do something which doesn’t work and yet carry on doing because I can’t think of anything else to do.

My field of Interest is 5G and smart meters. Next May, there will be a conference at which people who have an alternative view of life will assemble together. it is currently a Red Pill mutual comforting Society against the bad world outside. Although many of the talks are doom and gloom, there is very little discussion about how to spread the word without putting people off when the general public is concerned with their own lives and what happens tomorrow. It is the most difficult thing in the world to convey an unpleasant subject. Yesterday I had an article published about smart meters. The local journal is read by about 10000 people as a guess and yes I had only one person who looked at my links to a site dedicated to smart meters. the degree of apathy in this part of the world is quite high when people are sticklers for tradition. they do not believe what they cannot see. I can understand this in a way but with such a dreadful prognosis for us as human beings it is even more understandable because if people are frightened of something, they will not think constructively about it. 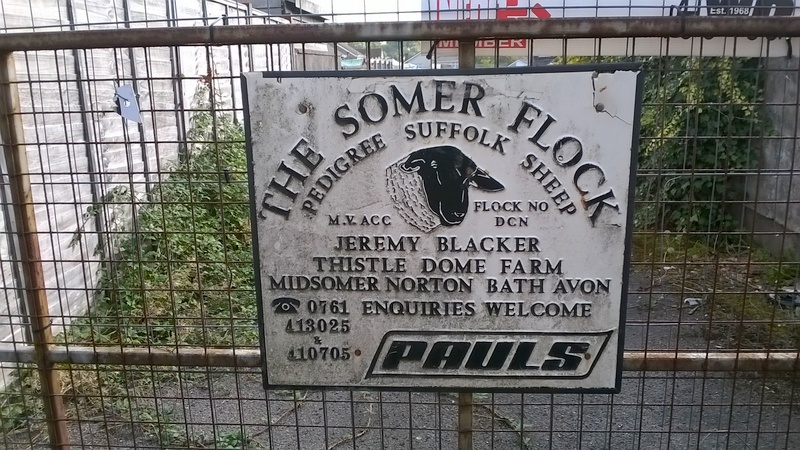 Off to a gardening job which we are doing for virtually nothing, £60, because the lady doesn’t have much money and let’s face it the job is not enormously difficult. By her house is the following sign. not too many years ago the house in which we are living was fields populated by Sheep. houses have invaded the countryside. Anyway we did the job which consisted of cutting some hedges and then had a chat to this woman who gave us some jam. Her husband died last January, quite recently really. Normally I reckon it takes a couple of years to recover from death of a partner especially if you’ve been with them for several years. It turned out that she was a genius at making jams.

Francoise my partner loves making jam so they had a very good chat at the end and the lady, Shirley, who happened to be from Zimbabwe but lived in kwazulu-natal province in South Africa for some time, gave her some very precious secrets about getting the best results from jam making. this was priceless. This is what he meant communication should be about. Francoise left with a pot of jelly which was suitable for pork or beef. More importantly though she was invited to come anytime she liked to have a chat about jam. This is how Communities are made and built up, slowly but surely as the years go on. A delightful day

Tomorrow, there is a vegan festival in Frome followed by a Boy Scouts jumble sale, followed by some music at the local working men’s club  in Radstock, but the forecast is rain . Sunday promises to be a lovely day and we should probably spend the day going for walks and passing the time and some fairly laid-back fashion. It’s amazing how quickly the time goes these days. It’s only yesterday since it was June, and the start of summer when I saw no point in going away because the weather was so good.