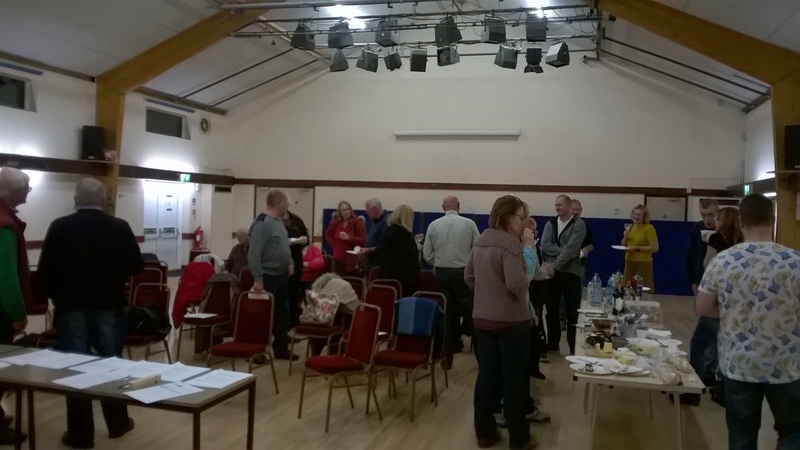 Annual General Meetings are in general boring affairs so I do my best to liven them up a bit. We had about 35 people and when they had gathered together before the meeting started I got the new people, the people who had joined our motley allotment crew since the last AGM, to introduce themselves. It’s not nice sitting in a meeting when you don’t know anyone so it’s much better to break the ice before things start.

We went through the meeting at a speed of knots I finished the whole thing in 30 minutes. We actually had some one volunteer to be on a committee, stun horror shock, and someone offered to be treasurer.

Andy our treasurer bought copious supplies of wine and cheese, and several bottles of wine. I think much more useful work is done during these social post sessions then at the meeting though the meeting is an important time to get things agreed and at least educing the appearance of people being satisfied. We had no one complain about anything except plot holders allowing branches to go over the pathway making it difficult to walk up and down.

I got a vote of thanks for my job as chairman and people seem quite happy to let me carry on for some reason. Being asked to go on a committee is somewhat akin to being given a parking ticket but committees are or can be fun provided you keep politics out of the way.