Samuel Pepys, the inspiration for this diary, kept a daily record in spite of the fact that some of the events were not particularly exciting. I suppose the same could be said for what I write about. My prime concern is to put it out. I do not censor myself and if something is not very interesting for me, maybe it is interesting for somebody else.

Francoise went off to her work with AgeUK. The day consists of entertainment, meals, games, for about between 12 and 16 people between 10 AM and 3 PM.  very often these days are the only time that people living on their own get to meet and talk with others so these days are eagerly anticipated by the clients.

I went off to my mower supplier to complain that my strimmer was not working and took about 10 goes to start. It is interesting that if you fail to do one thing, something that may not be obvious, the whole machine does not work. When the machine is cold, you have to apply the choke. I was told that at the first sign of firing, you switch it to normal mode, running mode, otherwise the engine will flood and nothing will happen. You also have to keep your finger on the throttle. I realised that I should have been a little bit more reflective and thought about what I was doing instead of rushing off to get help.

I spoke to a friend whose sister was working for the National Health Service which in case you didn’t know is being subtly dismantled. The sister is working for two hospitals that are merging into one and they are given impossible hours to work for example two days on, one day off, then a half day, Saturdays and Sundays on, Mondays off, Tuesdays on. The idea is that while they keep to the letter of the law with regard to hours per week they are creating such an unpleasant conditions that people resign. They then want to use the evidence that lots of people are resigning to justify the dismantling of a particular facility.

I’m watching a very important video at the moment which lasts a mere 200 min about how the world is really run and  explaining  current circumstances as a symptom of the invisible controllers in the background. The speaker said “unless you understand how and why the world is run you cannot understand anything”.  He says and I believe that we are lied to on a daily basis and I totally agree about that.  Our Main Stream Media including the BBC is a disgrace. Folks, if you want real news for grown-ups, try Russia Today. Interviewees are not interrupted every 2 minutes with some Marxist point.

On Saturday, we ordered a new printer online from Currys. I thought it would be easy enough. This Monday morning we received a text message saying that the item will be delivered between 2:53 PM and 3:53 PM. At 4:30 PM nothing had arrived; I looked at the tracking to see that the item had been delivered to someone called HANCOCK in Bridgewater. This town is about 20 miles from where we live.

Some of these delivery firms are impossible to get hold of by telephone and you have to listen to endless messages, press lots of buttons, and then wait and listen to ghastly repetitive music. I finally managed to get through to somebody and then I was transferred to somebody else and held on for a further 20 minutes.

The service agent was sympathetic and I told her that nothing had arrived and it had been apparently delivered to another address apparently in Bridgwater. Fortunately we had paid via PayPal and it is a little bit easier to get your money back when you pay by this method. The agent told me that she would do research and come back to us within 48 hours. I will believe that when I see evidence of it and not before.

Anyway, I did a little bit of detective work, and looked at all the people called HOOPER with a similar address and found someone near to myself. I went round and – bingo – they lived next door to someone with a similar street name to the road in which I live. Triumphantly, I brought it home. We shall assemble the printer no doubt in due course, run the software, and hopefully this bit of Chinese plastic with some software inside will serve us.

I was called to see a gardening job which consisted of repairing and replacing some rotten wood underneath some raised beds. I could not put my whole heart and soul into it so I said no. I have decided this year to spend twice the amount on advertising, getting lots of job requests so I can take my pick and only do the ones I really want to do.

On my 5G site I need to go through each and every entry and modify the links so that they open in a new window and do not replace the page on my site. Internet nerds will understand what I’m talking about. Such a pity that no one told me about this after 11 months of operation. People are so reluctant to give feedback and frankly I think most people do not care sad to say.

To somewhat diminish the mental stress of having to do half a dozen different things at the same time, I decided to write a to-do list which is broken down by various subjects. I look at it and it does calm me down a bit.

Yesterday I received a 30 meter length of cable. I am considering building a little hut in the garden and working from there with a laptop to mitigate some of the electromagnetic effects from which I’m now suffering on a daily basis.

A nice meal made a simple ingredients. today I heard the sound of a bee. I read an article this morning that trees and hedges are being netted 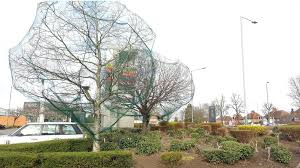 around the UK to prevent birds from nesting presumably to enable building companies to do their business without let or hindrance. 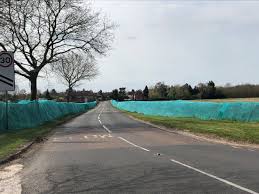 does anyone care any more I wonder.