I notice that Ian R Crane is mentioning more political activity on his Facebook site. It occurs to me that I need an outlet for my own political views so as from today, certain of my diaries will be political in nature. I am going to Wetherspoon’s here in Midsomer Norton about twice a week these days. The idea of paying £4.70 for a decent traditional breakfast including  unlimited coffee is too much to resist.  The ingredients would cost me near that.

At the table opposite me were a couple that you cannot see in the picture above because they’d gone to get some more coffee. The child, three years of age? was continually playing a game on her device.  Hysterical laughter was emerging from the device.  Obviously, some points have been won.  The parents had been speaking animatedly to each other but totally ignored her. Just imagine the effect on the psychology of a child of that happening 365 days a year probably for most of the day.

I am sick and tired of this Greta Thunberg, the child of 16 from Sweden who stands up in front of people and tells them that the Earth is going to auto destruct in a few years.   I consider this the most cynical and deliberate PR campaign on the half of those behind-the-scenes who stand to make a lot of money from irrational fear about so-called climate change. The golden rule is “follow the money”. Who stands to benefit from this? Those who trade in carbon credits.

The reason that Piers Corbyn (Weatheraction.com)  is not seen on BBC TV is that he ridicules their attitude to climate change . In today’s Daily Mail Piers brands 16-year-old climate activist as “ignorant brainwashed child” who is being “abused by manipulative cults”. It is no coincidence that Greta is the daughter of two parents in the acting profession.  Weather is not controlled by carbon dioxide. It is controlled he claims by certain planetary configurations. Based on those, he can work out the weather well in advance. He says that carbon dioxide is ‘a fart in the wind’. It is worth remembering that without carbon dioxide, a necessary trace element, we would all be dead. Trees require carbon dioxide which they convert into oxygen. There’s no point in these extinction people campaigning in England when Russia and China merrily increase their carbon footprint by gigatons. If the United Kingdom stopped producing carbon dioxide altogether it would make no difference to the overall picture.

A word on the BBC. For the last three decades they been little more than a PR company for Israel, Washington, the government of the time, and various large corporations.  They are also quietly marginalising the Christian religion.   Anyone who expects impartial news from the BBC is living in a fantasy world. Every item broadcast is scrutinised and skewed according to their own agenda. if you want to know more about the BBC, read the excellent book by David Sedgwick “BBC Brainwashing Britain”. If people want quality news, ‘news for grown-ups’ then Russia Today is in a class of its own. Those that want disguised propaganda and trivia then stick with BBC News. There are many aspects of the BBC that I admire. Their nature programmes are a joy, I wouldn’t miss Dragons Den for anything and I think the innovatory BBC “Sounds” where you can listen to any item you heard on BBC radio is an excellent idea. The BBC are fighting for market share and this could be a good way towards it. I wonder if the younger people have already left for the most part.

I have been told that Whatsapp is a much better client than Skype. One of the frustrations is that in spite of the incredible amount of knowledge there is on the Internet I don’t get the chance to update myself with the latest technology. I’m coming on for 75 years of age now but in no way is my intellect showing signs of dying down in fact I’d say quite the converse. As they say, you are as old as you feel and part of me feels about 18 years of age. Attitude is the ultimate system beater. 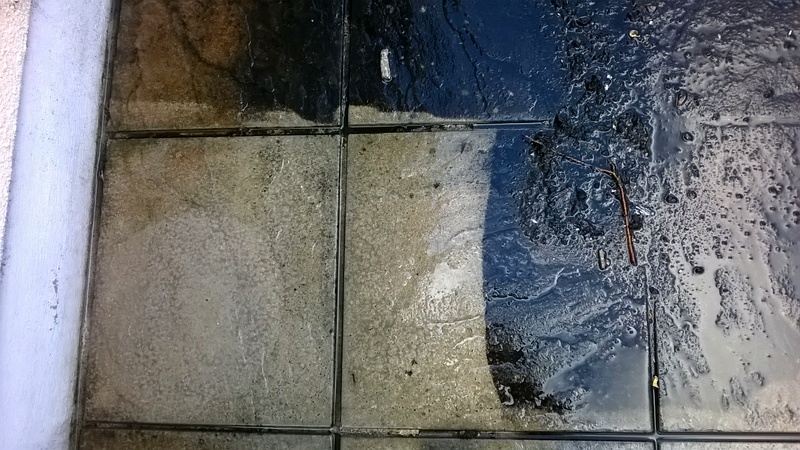 Francoise and I did a gardening job today. It consisted mainly of pressure washing paving stones, one of two statues, and doing one or two hours of weeding. It is very interesting that when I’m in the zone I do not seem to lose energy. I did the jet washing for about four hours which by normal standards would be quite wearing and yet I found myself wanting to carry on. I may go back this evening or I may continue tomorrow morning, it depends on the weather forecast. Nature supplies all the energy we need if we take the trouble to get in tune with it.

I decided to go back and finish the job which was done in to hours. The weather was absolutely perfect; tomorrow it is going to be pestilence, frogs, hail, snow, 45 miles an hour winds, not really time for working in the garden.