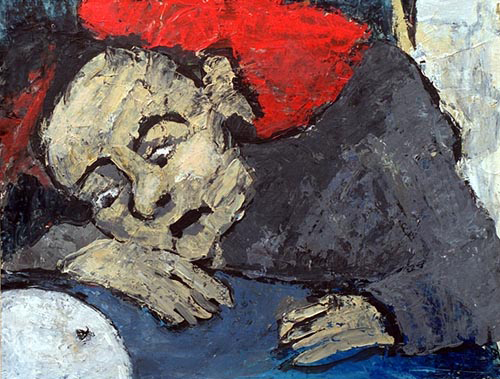 Today the funeral took place in Lyon, France of my wife’s cousin, Chantal, who as you can see from above is an artist. This is one of her works.  I had decided to go to chalice well in Glastonbury to pay my respects using the network of ley lines that criss-cross Europe and link into UK.

I’m not bad at using my intuition and I went along to chalice well and sat on my own by the actual well which issues forth very pure water with what some people regard as healing properties. I got a clear indication from Chantal that she felt happily released and was looking down on the planet that was little better than a rock. People who have had NDE’s or near death experiences say that when they pass over temporarily everything seems different. I think the rate of growth of corruption and entropy on this planet is going at a record pace and I’m not surprised that Chantal saw very little glow or perhaps she did in tiny places but she did not mention this when I attempted to communicate with her. 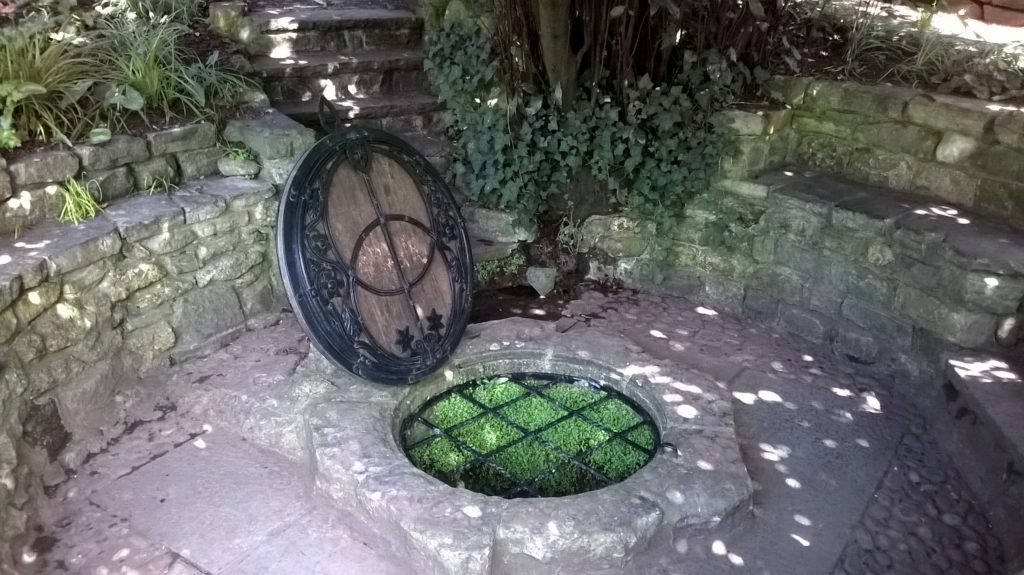 Chalice Well is a beautiful place anyway in its own right; the spring flowers are coming out. Normally I go on high days and holidays where the area around the well is packed with people but today there were about four people on the whole site, mostly tourists buying books and cards and trinkets from the shop.

I wandered along the high Street in the centre of Glastonbury and saw a chap in an electric wheelchair who had a 6′ x 1′ length of trellis strapped to his seat in a vertical position. the nice thing about being in Glastonbury is that you can talk to absolutely anyone and everyone; you can engage with tourists on one level and locals on another and I’ve always been good at doing this. I suggested to this chap that he could start a new trend in organically decorated wheelchairs. He could grow ivy on the trellis which he could keep in place and then have other plants distributed about the vehicle.

It would be such a talking point, I said, that he would not manage to get down the high Street because everyone would want to talk to him and congratulate him on an original idea. I have never seen a small garden on an electric wheelchair before in all my travels in goodness knows how many countries. He smiled broadly, thanked me for my idea, and went on his way. They say that if you want to change the world, start with yourself. I believe that all of society should be as friendly as I try to be and I try to give an example to as many people as possible. It must be in the thousands of souls who have suffered my rather warped sense of humour and my delight in shocking complete strangers with an observation on something. C’est la vie!

There are in Glastonbury many what we would call homeless people, disengaged individuals, but we should not underestimate them because their spirit of community is very strong indeed. They have few material goods to keep them on the planet and really all they have is each other so the bonds of friendship are firm and it is quite moving to see it although I must say I would not personally enjoy their lifestyle. 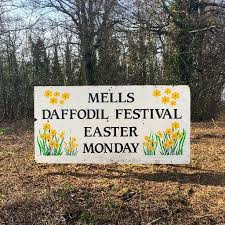 My Favourite little village, Mells, is having a daffodil Festival on Easter Monday but since the actual daffodils have come and gone, I wonder what they’re going to do. Maybe someone has a secret stash of late flowering ones but the weather has been so unpredictable it is very difficult to plan everything in advance

Back home now and have supported two newly brought apple trees with strong stakes otherwise the trunk blows around in the wind and the roots tend not to like it. One bucket of water per week per tree was what I was advised by the garden centre. This I follow.