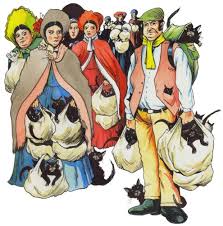 So we couldn’t really resist this offer from Shearings Coaches of £99 per person for three nights bed and breakfast and evening meal. Last Friday morning we jumped in the car and off we went. It’s about 186 miles and since it is in the extreme south west of England where the roads are smaller and the mileage you make per hour is going to be less, I was dreading the worst.

It just shows how out of date I am because the famous A30 took us nearly all the way from the end of the M5, down to a few miles from St Ives which is on the north-west coast of Cornwall. My lovely Volvo is very economical on motorways and we probably used about £50 worth of petrol for the return journey.

St Ives is a very small town built on the side of a hill, indeed on the face of a cliff in some parts and it is very very crowded. We were there in the week before Easter, before the summer season has kicked in,  and it was already difficult at certain times of day to walk along the tiny lanes and passages which formed this fishing village of years of yore.  The beaches are perfect however and the harbour provides a natural protection from the waves. We were blessed with sunny weather and although the temperature was a little above 12°C people were out on the beach wearing their shorts and the children were digging in the sand and doing the normal King Canute activities such as keeping the tide back from their battlements.

It was very nice to get away from it all. Our companion guests at The Bay Hotel are all pleasant enough people from Yorkshire and all parts so we chatted away as if we’d known them all our lives. That’s the way it is on such occasions. 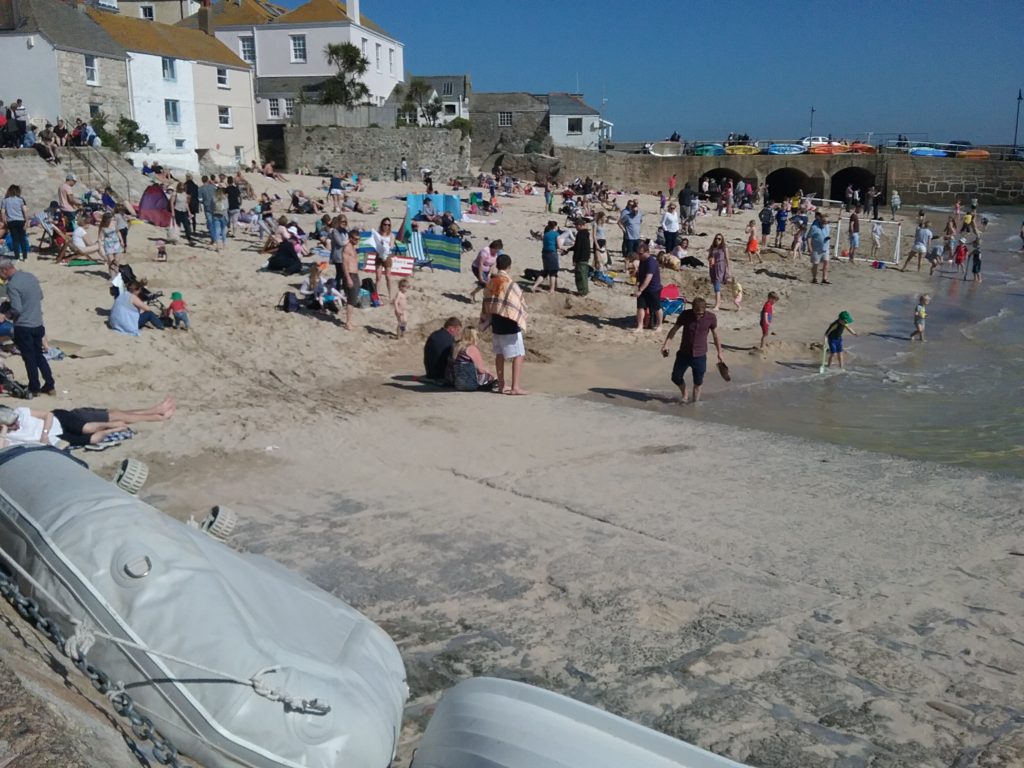 On the Saturday we sat around doing nothing, wandering around the art galleries, making inane conversation with one or two people, basically switching our brain off. On Sunday we took a commuter bus to Penzance. This town is closed on Sunday, even the art gallery and museum is closed. Apart from looking round the harbour, and the BR station which is the railhead to the train that goes all the way up to Paddington in London, there is absolutely nothing to do. The beach consists of mud and rocks and is totally unsuitable for children. There are one or two parks for people to walk their dogs but apart from that there is the usual collection of supermarkets and it is the last place I would recommend anyone to go to for a holiday. 2 to 3 hours is about the limit for any person and that would be visiting the art gallery which is quite well spoken about.

It is possible to walk along the coast and view the delightful flora and fauna apart from seeing the very rich selection of birds. The seagulls are something else, because they are very good at snatching chips from unsuspecting tourists. They are even good at pinching whole cones of ice cream. They do one flyby to case the joint and then another one at high speed and before you know where you while you are deprived of your chips or ice cream. It’s just a job for them and they’re very good at it.