….and thence home, where I found my aunt James and the two she joyces. They dined and were merry with us. Thence after dinner to a play, to see “The Generall;” which is so dull and so ill-acted, that I think it is the worst I ever saw or heard in all my days. I happened to sit near to Sir Charles Sidly; who I find a very witty man, and he did at every line take notice of the dullness of the poet and badness of the action….Thence-setting all them at home, I home with my wife and Mercer, vexed at my losing my time and above 20s. in money, and neglecting my business to see so bad a play. To-morrow they told us should be acted, or the day after, a new play, called “The Parson’s Dreame,” acted all by women.

I do most enjoy the quality of candidness, and no one can accuse Pepys of beating about the bush. This phrase was originally associated with hunting. In medieval times, hunters hired men to beat the area around bushes with sticks in order to flush out game taking cover underneath. However its meaning has morphed and indeed reversed to people who try and avoid talking about an embarrassing or difficult topics. Funny old thing, the English language. 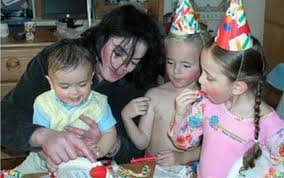 I heard a lovely quote about Michael Jackson, much beleaguered and abused by those who tried to take advantage of his good nature. “You know why I like having kids around me? They are the only ones that tell me the truth”

I can think of reasons why people are not truthful in their conversations and dialogues.

Fallacy:  we assume that people will be so upset or offended that they will distance themselves from our remark.
Fact: if said in the right (polite) way people will be grateful (I had no idea…. thank you for telling me …. etc)
Fallacy: our friends would not be able to handle it
Fact: your remark may have raised a subject that they have been troubled about for some time and your words may be a valuable catalyst for change.
Fallacy (in part): it is not the right time to mention something
Fact: Alas for some people there is never a right time as they continually defend themselves from all possibilities of attack. However, there is a time and a place for everything, and challenging someone when they have lots on their mind may be one step too far and will cause an adverse reaction
Fallacy: I will not speak to my friend about xx  because I do not have all the facts
Fact: then start from what you do know and ask your friend to correct you if you are under a misapprehension.
Fallacy: I did not want to bother you so I did not mention x
Fact: the earlier a problem is tackled the easier it is to remedy (credit card debt for example, of a failing relationship)
Fallacy: my friend will reject me if I tell them what I think
Fact: if they know you care for them and you do it gently, it is vanishingly unlikely that they will take umbridge.

However there is another class of reasons why people are dishonest. I call it ‘window dressing’ and includes people who wish to create an impression which is at variance with their true nature. I suppose you could call it a con trick. Such are the pressures on the young in particular that they do not dare step out of line for fear of being marginalised or ridiculed. So sad. I bemoan the loss of individuality.

A defect or problem is not a weakness. It is part of the human condition. If you do not understand something, it does not mean you are stupid. It means that you are unfamiliar with that particular subject matter. No one is expected to be familiar with everything. We all have to start somewhere.

If you are frightened of doing something then just tell your friend. You will open up avenues of help that would otherwise not be offered. Honesty really is the best policy. (first said by Benjamin Franklin). While on the subject of wise quotes, how about the one below.

Amazingly,  we do get occasional sun here in Somerset (blame the jet stream). Here are the goldfish sunning themselves in our pool.