...After a little stay I left them and to the Committee of the Fishery, and there did make my report of the late public collections for the Fishery, much to the satisfaction of the Committee, and I think much to my reputation, for good notice was taken of it and much it was commended.

So home, in my way taking care of a piece of plate for Mr. Christopher Pett, against the launching of his new great ship tomorrow at Woolwich, which I singly did move to His Royall Highness, and did obtain it for him, to the value of twenty pieces. And he, under his hand, do acknowledge to me that he did never receive so great a kindness from any man in the world as from me herein….

Pepys worked hard to grow and maintain his relationships in business. In today’s diary example he has pleased two groups of influential persons. Flaws he may have, but he has a good heart. The cynic would say ‘shrewd business man’ but some of his actions show considerable effort going out of his way to achieve something on others’ behalf so I am persuaded by him.

My son has inherited from me the ability to always look on the bright side of life (thank you Life of Brian, Monty Python) no matter how dire the external circumstances are. This is part of his account of finding an hotel in south Sri Lanka 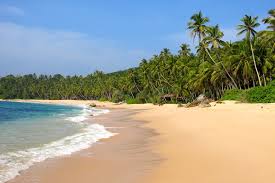 “My friends and I went with two other people to Tangalle, a beach down the south coast. However, the trip was not particularly stress-free as hoped. First of all, we tried going along a small beach road which should have got us close to the hotel we had booked, but then we got out of our three wheeler too early and walked a bit only to find that the road had collapsed so we had to get another three-wheeler to go back to the main road then find the beach road again. However, rejoining the beach road we came across another section that had collapsed, but this time a pull chain ferry had been organised for transporting people at least. After crossing with the ferry, Google maps led us a little astray but we eventually found our hotel which was locked up.

However, we found another entry point by the water and explored the hotel which wasn’t in a great state. Eventually a security guard turned up and told us that no staff were there as the hotel hadn’t been booked. I don’t know why booking.com said the booking was confirmed. Anyway, we started looking for a place and eventually found a reasonable place. Then we went to the beach and watched the sunset whilst drinking beer.

A group assembled for any purpose has a balance of order and disorder, or I could say harmony and chaos. A little bit of chaos can be tolerated but when it gets beyond a certain level the nature of the venture changes and becomes less pleasant to be a part of. The trick is to see something coming and nip it in the bud, not by military means but by correcting the problem on a case by case basis.

Our allotment has been going pretty well this year, not helped by the lack of summer and high rainfall, but more plot holders than is ideal are not maintaining their areas though they are paying their fees. Now is the time before winter hibernation sets in to create as much horticultural harmony as possible – by that I mean getting everyone to tidy their plots. This is not done by sending a circular but by communicating with each person and asking if I can be of any assistance. Gently does it, as people’s circumstances can be changed by factors over which they have no control such as illness in the family, change of job or just plain and simple too much on their plate.

Gardening is demanding because you cannot leave it for a month especially in the season.  We have eight non-payers out of 65, and five vacant plots. If I were to leave this until next year I would have to work twice as hard to remedy it. A stitch in time saves nine, as my mother used to say. Another one I remember was ‘one years seeding, seven years weeding’. It’s one of the best pieces of advice I have taken.

I shall go into complete vegetable mode this evening. There are no less than 5 programmes starting at 9 pm that I want to watch. I shall record the ones on commercial TV otherwise I will spend half my time starting at ads for sofas, and others showing ridiculous people grinning at each other because they have bought the right life insurance.