…Up, my people rising mighty betimes, to fit themselves to go by water; and my boy, he could not sleep, but wakes about four o’clock, and in bed lay playing on his lute till daylight, and, it seems, did the like last night till twelve o’clock.…

Better playing the lute than fiddling with an electronic device. My goodness what a day our Pepys had. It makes me exhausted just reading it. Click on the link above for the lurid details.

Today dawns bright and sunny. I am further resolved to make a collective appeal to my fellow allotment holders to keep neat and tidy for everyone’s sake.

At the last count I have a choice of about 500 TV channels not to mention numerous unwatched videos, many books that I need to complete, and I wont even go to Netflix which I could watch for 24 hours a day and still not see every worthwhile offering. What did I watch last night, what did I not watch, and what did I gain? Are you ready for this gripping item of news?
6.30 PM – BBC1 Points West. I like my fix of gossip. Not sure how and where a rocket can go on land at 1,000 MPH. Seems like a suicide mission….. 330,000 people are absent from work due to mental problems. So  get rid of American type companies who drive people to work for minimum wage under inhuman conditions….. Someone try to wake up Jeremy Hunt (our health minister) to actually campaign for people instead of feeding the pharmaceutical companies….. When is this wretched chancellor of Bath University on her £450k salary plus grace and favour house going to resign? …. Must have the local weather.

Now let’s have a look at the evening which for me starts at 7 pm.

7 pm Channel 5, All new traffic cops. I started to watch but found myself getting so irritated with the moronic idiots trying to escape from the police that I switched off. There was nothing new about it – more of the same – Brian -what are you doing?
7.55 PM Channel 4 Grand Designs.  Listed in my national paper but did not show. I must remember that different regions have different schedules. I love that programme particularly the measured comments of the long serving presenter and the manic enthusiasm of the property owners.
8.00 PM Channel 5, Bargain Loving Brits in Blackpool. This brings scraping the bottom of the barrel to a fine art. I know people need to save money and in a town with such a high level of unemployment (about twice the national average, more stats here) there will be enough to make a programme. I doubt if my knowledge of human nature will be enhanced so that’s a ‘no’.
9.00 PM Channel 4, Feral Families will tell us how children are allowed to grow up without rules. I can see enough of that on the street thank you. An aspect of Political Correctness? Possibly. I pass on that one. ‘no’
9.00PM – Film 4 Fast and Furious 6. I’ll give it a go but set the recorder so I can fast forward through the innumerable ads. Have you noticed that the more popular the film, the more ads there are? It’s about MONEY. The allowance was 12 minutes an hour but now the arrangements are more flexible – 20% of viewing time spread over the time period 7AM to 11PM

and now to what we did watch.

BBC4 is what BBC2 used to be a decade or so ago. We spent out evening watching three hour programmes in succession.
900PM Retreat: Meditations from a Monastery. This is part of the channels peace and meditation week. It showed monks from a Benedictine Monastery going about their business. There was a Peruvian monk making an icon; I was struck with his dedication and calmness. There was  very little commentary – actually now I come to think of it, none.   What a blessing. It reminded me of Slow TV in Norway. We got an undistorted view of the daily round, the common task and could form our own opinions. I would like to try that for a week or so to detox myself from all forms of technology
10.00 PM Confucius: Genius of the Ancient World. Taoism, the expression of Confucianism, was attacked by Chairman Mao in the 1960’s but so embedded was the culture that it rose from the brutalist destruction and is as strong today as it ever was.  These people have a different quality of life, a different disposition, a calmness. Magnetic viewing.
11.00 PM The Work – Four Days to Redemption – Storyville. Every six months in a high security US prison, outsiders are invited in to meet the prisoners and interact with them. We see violent men with terrible records being reduced to sobbing children. We hear how they never learned to be men and suffered from a complete lack of example in their early life. Amazing how people can counsel each other and that both prisoners and visitor were equally affected. The enhanced perception that manifested as a survival skill in violent gangs can be turned to good effect to perceive the inner depths of brothers who are suffering similarly. 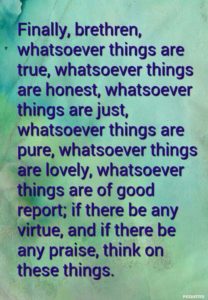 So, a brilliant evening, and all because – don’t say it – the lady loves milk tray (archive of useless memories/advertising jingles) no actually because our time is valuable and I want to fill my mind with good things. It has enough junk in it already without adding to it. ’nuff said.

I have recently discovered and am enjoying Trans World Radio which is a hub for many Christian broadcasting networks. I like it’s straightforward no nonsense explanations. No preaching, no fluff, no ego-centred personalities.

So folks to state the blindingly obvious, choose carefully and there is a feast out there. I do not think TV should be passive but something you actively watch, think about and compare views. This cuts out most of main stream media which alas is a perception management and control mechanism for the most part but there are still avenues of hope for the living human spirits amongst us.