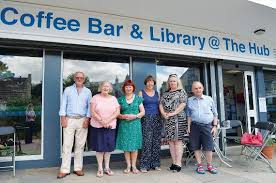 This is the time when Francoise and myself are out and about doing gardening jobs. On this occasion we decided to start our day with a  library and restaurant visit in Paulton called ‘The Hub’. It was recently rescued from oblivion by a referendum in Paulton for the Parish Council to take over + help of volunteers to keep the Hub open – and everyone in Paulton to have local tax up to pay for the running of the Hub. The majority accepted and hence the Hub has been saved. A good community example to save community facility.

I know that all these cuts or most of them could be avoided if people abandoned this ridiculous HS2 vanity railway system which will save 20 minutes travel time which you have to add on again because the rail link for example to Birmingham doesn’t come into the center of the city so you have to get there by other means.

We entered The Hub at about 10:30 AM to find every table occupied with groups of people socializing and having a good time. Most of them where ladies, and from the demography of the area I would say most of them had lost their husbands and are determined to make the best of their life by getting out and about. The lady behind the counter is very good at making large breakfasts, so-called 13 item breakfasts, to which I addressed myself enthusiastically with the added celebratory reason that I had just been paid for a job.

There is a lot of talk about a ‘No Deal Brexit’. But whatever happens in the overall scheme of things what about the state of our community. People who live in large conurbations do not realize that in the country  the value of the post office, the pub, the coffee shop, the general store as a focus for people who want to socialize. We pay a big price for loneliness. All sorts of opportunistic symptoms appear which require medical or social services intervention of some sort or another, sooner or later. Deep down, we are socially wired to gain strength from each other. I have always commented to my partner Francoise that our gardening work is half gardening and half social work. When we take a new job, particularly with a senior person, we expect to spend at least 20 min. hearing their life story, what happened when the husband departed this life, how they had a recent hip operation, and the significance of the garden to them.

The difference between people who have got a good spirit and those who have given up living, is very clear to see. The attitude is very telling of those who have got a faith in the life hereafter and those who believed that it would all end when our heart stops beating. What we do here, I believe, carries over to the next existence whether it is in a body or whether it is just a spirit, each one will seem equally real from where we are. Among my more exotic habits is the practice Of communicating or should I say resonating with those who had passed away from their physical bodies.

It is extraordinary how many people maintain their stubbornness, their lack of forgiveness, and in the situation of ‘death’ lessons are not easily learned. If anyone reading this thinks that you shed your problems just by dying then please reconsider. Nothing stops, nothing ceases to exist, things carry on but in another form. I believe the best way of living is as in the good old hymn “ live each day as if thy last”. My daily policy is that if you have received something, or even if you haven’t, give out anyway. Take an interest in other people. Do some small action for others if you can and if you want to. When in the street, look out for those who are in difficulty and help them on their way. When I’m out on my own, or so called on my own, I will talk to for anyone and everyone who shows the slightest potential for wanting to engage. With this state of mind, it is almost impossible to be lonely. 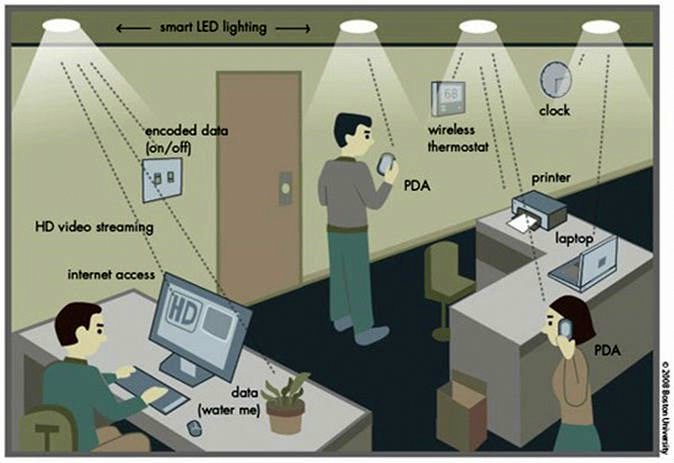 My Internet site on 5G, and smart meters, has had to extend itself to something called Li-Fi. At this end of the month of August, normal halogen light bulbs will not be produced any more. The idea from the EU diktat is that everyone will have to buy LED type bulbs on the supposed grounds of energy-saving. This has nothing to do with the fact that these new type of bulbs can be used as an Internet router to convey information by light. This is part of the assault on us as a human being to turn us from intelligent thinking beings to semi-robots that are part of a system where thinking is not required. If you want to know a little bit more, or a lot more, have a look at my site 5GExposed.com/li-fi/