With so much to do on my return from a busy week in London I’ve decided not to do a daily diary but a summary of the whole lot. As my regular readers know, we tend to take the coach and it gives me great pleasure to pay £21 return fare Bath to London as opposed to let us say £110 by train for the two of us.  The return journey by coach is 3 hours. By train, half that time. So we pay ourselves £80 for an extra hour and spend it on a good meal.

We stay at our favourite quirky hotel in Thornton Heath, the Crystal Lodge Hotel, run by Indians, with basic facilities, do it yourself breakfast, but lots of personality and individuality on display by the staff who have come to be family members in a way. I find the more expensive the hotel, the less people want to talk to each other and the mouse community spirit there is. we are staying at the hotel for two nights then moving to an air b and b place in West Brompton, more of that anon.

I love the modern tubes with endless carriages. People feel much safer and there is more space. 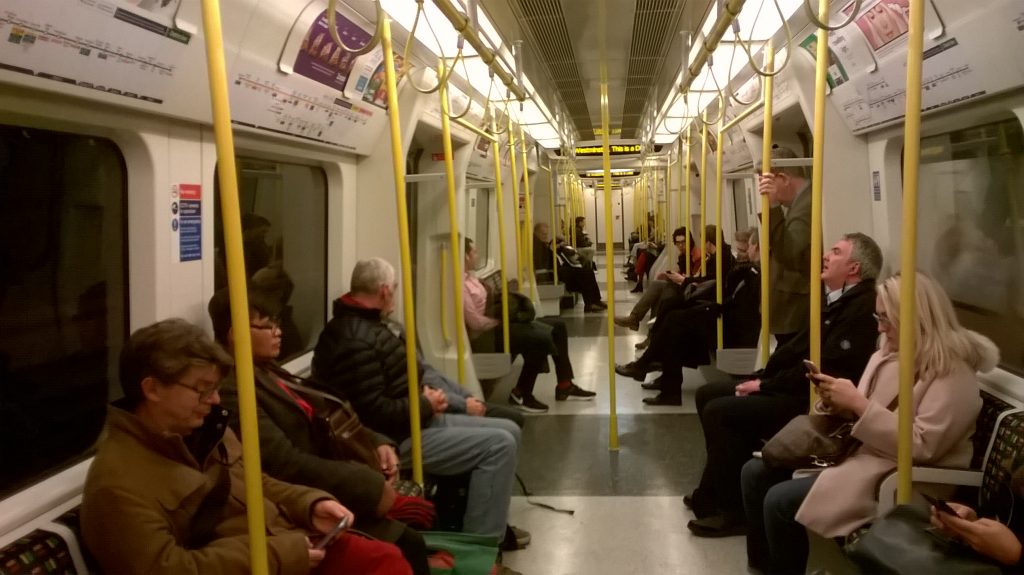 Thursday evening we went to the Tate Modern where there is an amazing 24 hour film based on clocks. Someone has gone through hundreds of films and picked out the clips where the time of day is mentioned. We see a montage of hundreds of such clips. It is difficult to describe the hypnotic effect of this procession featuring as it does many of the great stars of the past.

Friday morning breakfast. At our modest hotel this was a self-service effort. Orange juice cartons for £1, I don’t think so. However,  toast, slices of ham, cheese and a hard boiled egg did the job with a couple of slurps of coffee thrown in for good measure. By numerous trains and tubes to Hackney and a museum devoted to weird objects. 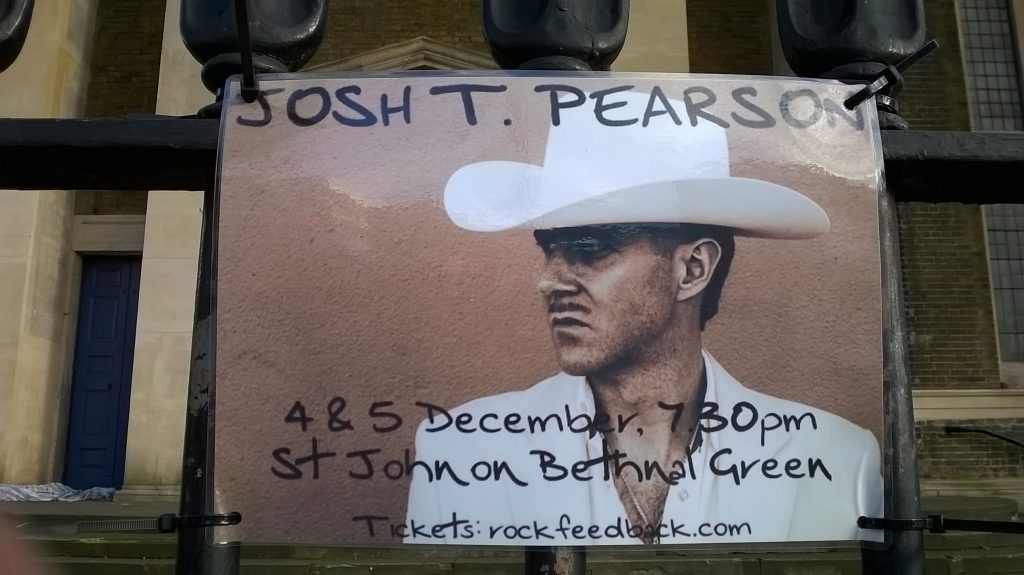 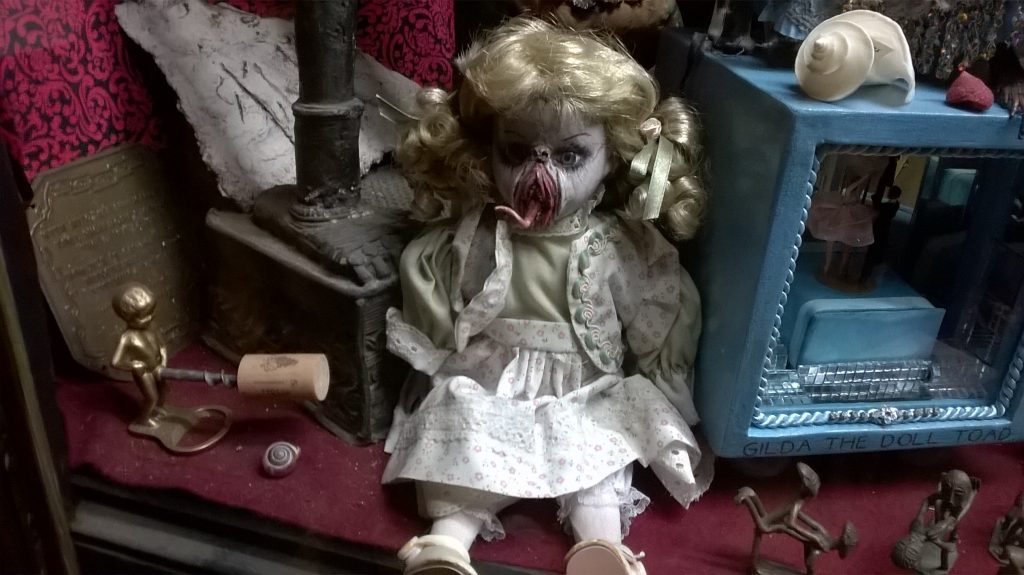 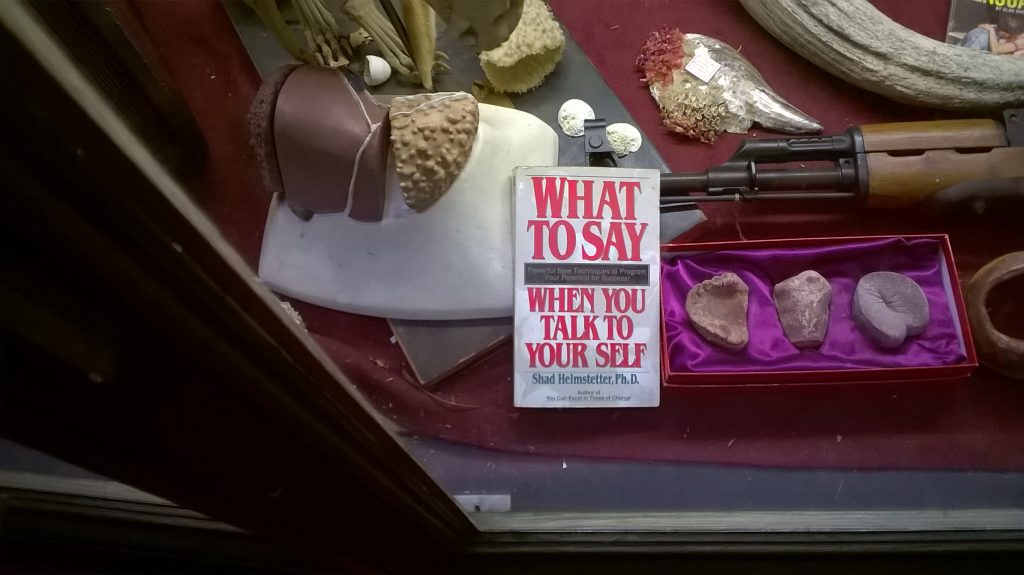 Off to the mall gallery where I met the most unfriendly and supercilious front desk lady who could barely be bothered to answer our questions and pretended not to understand where we were coming from. I almost asked her why she bothered to do the job. 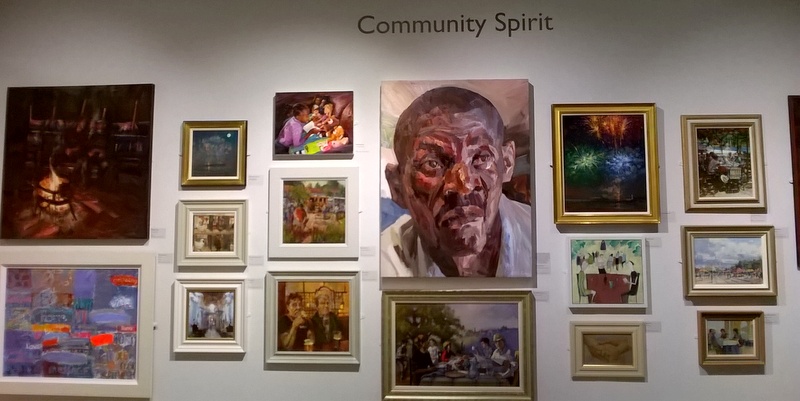 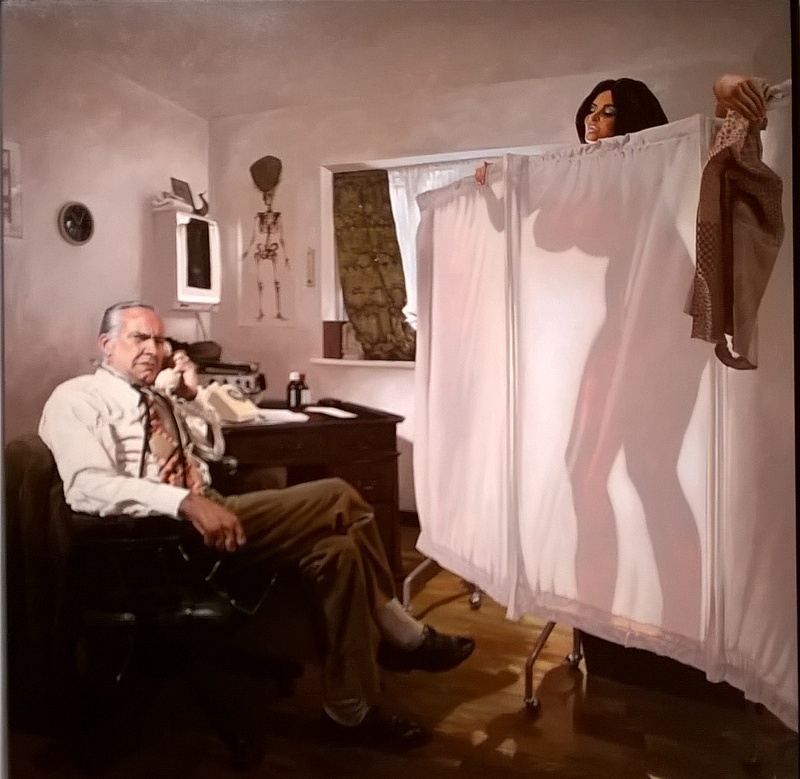 We then walked to the Tate Modern and Francoise saw an exhibition about the history of weaving. The Tate Modern is far too big to absorb at one go and I would say four goes is about right. We then went to the Royal Festival Hall to hear Mussorgsky’s pictures from an exhibition and various other works. I met a charming Dutch couple with a great sense of humour who now live in this country and visit the Royal Festival Hall at least once a week. 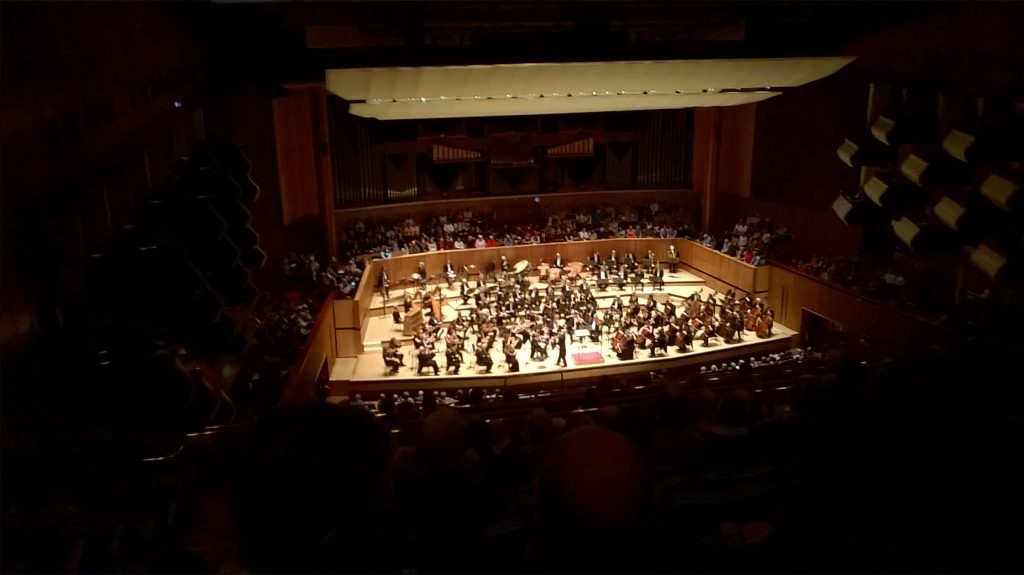 On Saturday morning we got up in a leisurely fashion and changed rooms to an Airbnb house in West Brompton which turned out to be a multi-purpose home lived in by the host who was not there and his sister who live there with her family. In this part of the world, houses were built to include accommodation for servants and this is where we stayed on the top floor. The room gave me no joy when I entered it, wallpaper hanging off the walls, a mess of electric wires, a basin with only cold water, and chipped paint along the skirting boards.

However, when you’re tired, seek a little peace and quiet, and  not really paying that much per night, it doesn’t really matter. On top of the basic room charge, you pay air b and b a certain amount and another fee for cleaning the room. I think it was about £85 for 2 nights.  The bed made ominous squeaking noises but was actually quite comfortable when we settled down. Anyway, for two nights who cares and we weren’t there for 95% of the time.

We tried walking to the Crown Hotel by Gloucester Road station to see how long it would take. My goodness the area is dripping with money. I’d be surprised if there was a 3 or 4 story house for less than 2 million pounds.

Off to Tate Britain Where we visited the Turner exhibition and for once there were not many paintings but four movie films. The work that won the prize was made by a lady using her mobile phone camera all the time.

Off to Haverstock Hill, the stamping ground of Francoise where she lived for many years, and then back to the hotel.

On Sunday morning we arrived at the hotel Brighton early at 8am and found a local cafe where they served coffee and croissants. One thing to remember about London, it is nearly  a 24-hour city although not so 24-hour as New York but you can more or less get anything you want at any time of day.

The conference itself was full to bursting though interestingly most people had not bother to book until the last moment, testing the faith of the organiser to the utmost. They switched the coffee machines off at 4:30 because apparently we were drinking too much coffee. That is the first time I have ever heard that excuse given.

Monday morning we went off to the old Barkers in Kensington High Street which now largely consists of a whole food restaurant and met a person called Keith whom I met in my old London Village days in the 1970s. He was grateful for the introductions that he had received in this londonwide social group and said that because of a contact he had spent 32 years driving in America and been all over the world. I think that must claim the record for the longest time it has taken anyone to thank me for something I did – but there we go.

The coach was due to leave London at 2:30 p.m. So off we went arriving early as usual. When we boarded the coach we were in the distinguished company of about eight  other intrepid travellers. I love the coach for reasons given above and we drove westward into the most lovely combination of clouds and clear blue sky and setting sun.

The coach arrived in Bath exactly on time at 5:30 p.m. whereupon we took a local bus which left a few minutes later and home we go. I love the feeling of turning the key in the front door and finding everything was as we left it. definitely an excuse for turning on the central heating although it was 14 degrees and before we knew where we were we went to sleep in our own bed.

You can’t beat it folks.