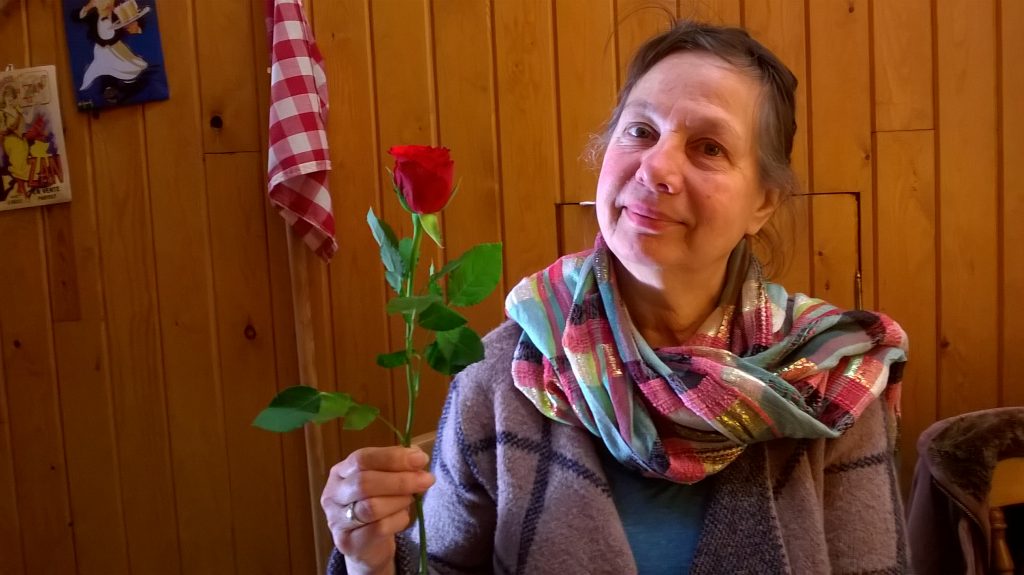 We decided to celebrate Valentine’s Day by having a breakfast at our favourite restaurant in the middle of nowhere, Hartley’s cafe bistro. Unfortunately I woke up very stiff in my ribs from my hitherto referred to accident but undaunted we set off and arrived shortly after 9 AM. We had requested a table next to the blazing wood fire which always adds so much to the atmosphere.  Francoise had salmon and scrambled egg. I had a full English breakfast accompanied by copious amounts of coffee. Mien host was attentive as ever and bought along a lovely red rose for my partner.

Off to the nearby Rocky Mountain nurseries to admire the amazing numbers of varieties of potatoes that are now being sold for growing. The one problem you cannot solve is knowing which varieties will be attractive to grubs and which will be ignored and there’s only one way to find that out and that is my planting them. Local conditions vary so much that there is no such thing as a guidebook. There is a once weekly vegetable market where you can get very good bargains for about 20% cheaper than the shop prices.

Off to a medical checkup of my vision at the local optician; a full and thorough half-hour examination with equipment that must have cost quite a good few tens of thousands of pounds. I do not intend to spend any money buying glasses in the opticians where you could you can easily spend £300 – £400 without blinking so I shall go on the Internet. I use spex4less which gives quick and efficient service. I can’t remember where they are, Manchester or someone like that but these days who cares where something is located as long as it arrives.  I have recently ordered an electronic instrument and there is no indication of where the firm is. If he doesn’t arrive I just use the guarantee service with PayPal. It has worked on the one occasion when I have needed it.

So far so good as far as my sore ribs go but suddenly my condition took a turn down.   About 2 PM I got a very uncomfortable pain in my upper left rib cage. It is very near to the heart and I was worried that I had some sort of heart trouble which was being masked by the rib pain. With one overlaying the other  anatomically it was very difficult to form an opinion so I decided to call 999 which we did at 2.45 pm. I can count the number of times I have called this emergency number on the fingers of one hand in my entire life but this incident – The co-positioning of the heart and the pain –made me panicky. 15 minutes later two cheerful lady paramedics turned up and tested my vitals such as heart rate ,ECG, temperature etc.

The ambulances carry quite a lot of technical kit these days; the printout of my heartbeat was immediately sent to a doctor at RUH for evaluation.  Although the duty doctor said there was no room for concern, the paramedic decided to have me in for a check just in case.  Off we went in an ambulance that was so ancient that it had traveled as far as to the moon and back.  I have seen so many programs on ambulances in fact I would say I almost have an obsession with them so ironically here I am in a real-life situation with me lying down and strapped in. I was given some morphine to survive the rather bumpy journey. 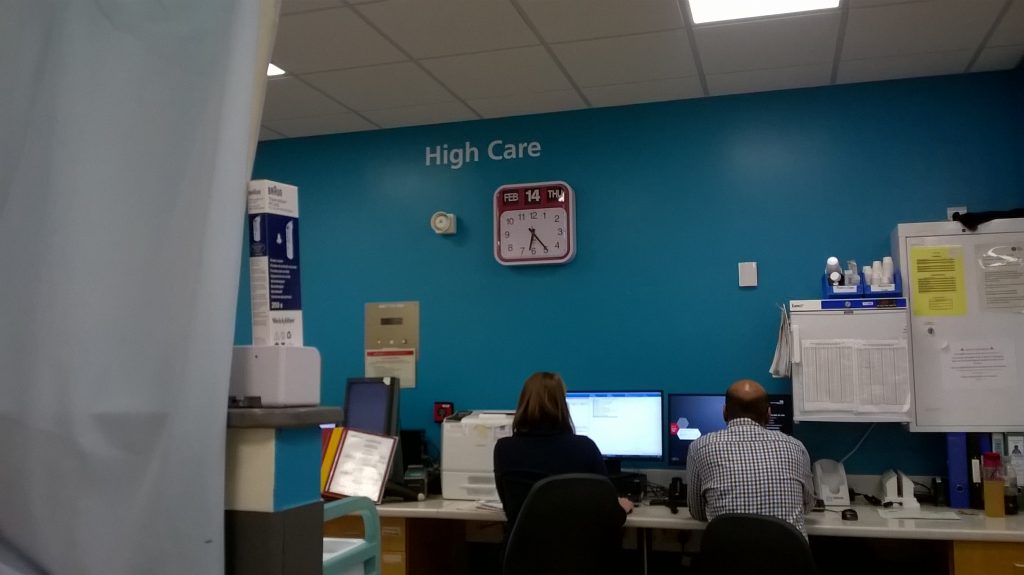 We arrived at Bath and were wheeled through a maze of corridors. To my left there was a woman swearing so much that the nurse threatened to get security to throw her out . The moment soon passed and we were allocated a cubicle.  I have always had respect for the NHS and on this occasion my opinion was enhanced. It is quite obvious that the key thing is having the right software where everyone can access. Once you are on the system, a stream or people turn up, each with varying job, each asking questions. We were visited by about six specialists starting with a staff nurse and ending with a consultant.  I was asked a great number of questions about lifestyle, how long my condition of pain had been going for, what symptoms I had and did not have.

I realised how much this was a grand detective story. They started off by making a number of broadly based enquiries and statements; that I may need to stay overnight, that I might have angina which is the inhibition or restriction of blood flow to all parts of the body.  As I went through the interview process, the questions got more and more specific about certain areas. It was clear they were narrowing down the prognosis which in my case was heart condition versus muscle trauma. It was left to the consultant to sum up the whole thing, looking at his own observations and the questions asked by the people before him. The result was I didn’t need to stay in the hospital.  I should take painkillers and allow the insult to the musculature to heal itself over time.

In about two and a half hours I had had a very large cycle of blood tests including the results, an ECG, a visit to the x-ray room to make sure nothing was broken, some reassurance and an explanation for my condition. We left the hospital about 7.40 PM after having had a cup of coffee.  This makes a total of five hours from the first call  to the 999 (911) service, through to leaving the hospital having been given the appropriate treatment and care.

The cost of this wonderful good-humoured and professional service was precisely zero. I mention this in case some of our friends are reading this from the USA. We do not pay. It is paid in our taxes by the NHS, the National Health service.  I reckon via the private route I would not get much change out of £2000.  I realise that I got a lot out of it and I saw how lack of knowledge and lack of reassurance can be so wearing and how important it is to seek opinions at an early stage because we can all waste so much time worrying about things and worrying doesn’t change anything.

As my readers will know, I always look at the posters throughout the hospital. Here are two 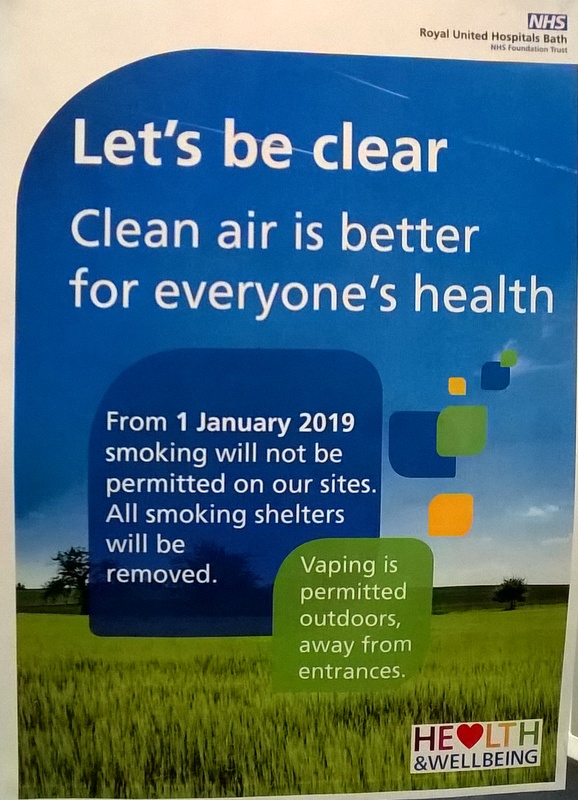 A nice clear invitation, easy to read typeface, friendly people, makes you want to get involved.

And so home on the 172 bus to Wells. Whether it was the morphine or the release from worry or both I don’t know but I felt in a splendid mood and looking forward to a time of improvement.