The weather showed signs of being halfway decent with most of the mist gone so after a very large breakfast – I try to eat enough to keep me going for most of the day – we caught the No. 21 bus from Ilfracombe to Westward Ho! The latter is the only place name in the UK with an exclamation mark attached.

As is the case on a rocky and undulating coastline, it can take you for ever to go from A to B even though as the crow flies it would be 12.6 miles in this case. We had to go via Barnstaple where there is a railhead to Exeter which forms the main line from London to Penzance. The bus took one hour 50 minutes. When I heard this I groaned, but as we were to discover, there is in fact an enormous amount of variety in the scenery not to mention the entertaining people that get on and off.  There is no question that Devonians are a chatty lot and when you get on a bus you nod to the person by way of greeting.

Westward Ho! Is definitely a seasonal town. It must be ghastly in the rain and cold of winter. But, witness the hundreds of caravans and apartments facing the sea, it is very popular in summer. This is not surprising with the most amazing beach of sand, waves for budding surfers, a golf course adjacent and lots of good quality fish and chip and cake shops. After having gone for a walk in a westerly direction and returning we noticed a crowd of people. On moving closer we heard some music and realised that we had timed our arrival perfectly. This was the beginning of a rock ‘n’ roll concert. I’m enclosing two clips here from YouTube. There would be one clip but I haven’t yet figured out how to combine to into one. 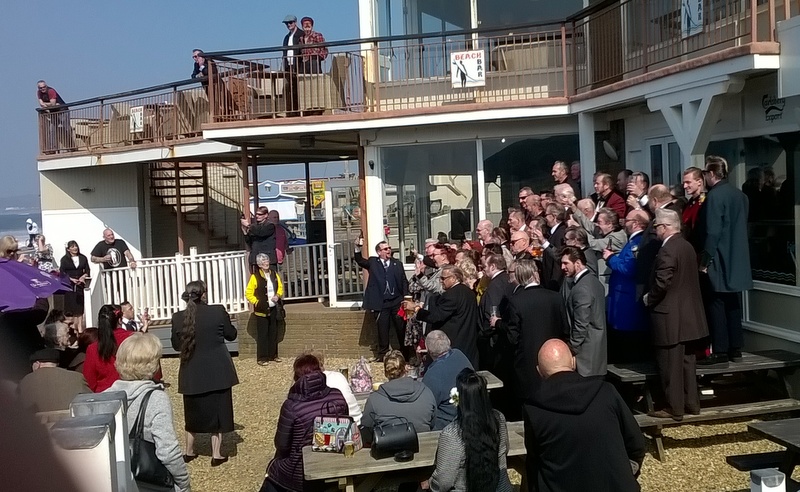 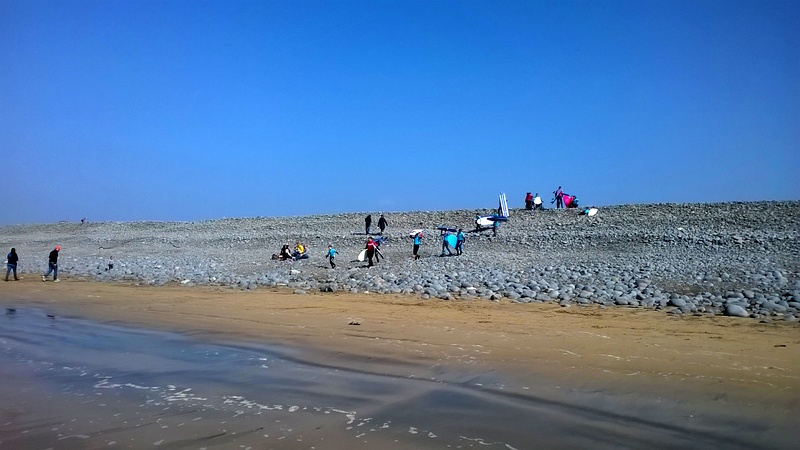 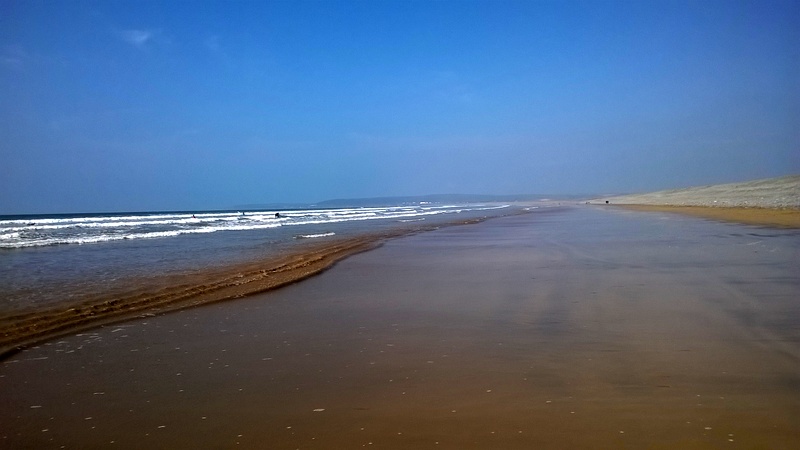 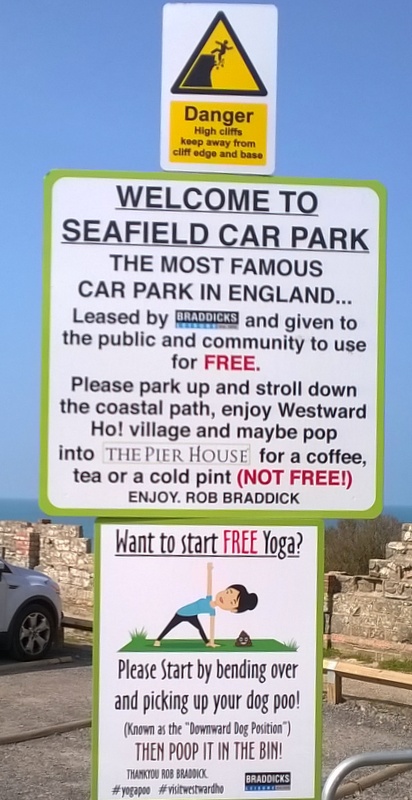 The weather could have been a bit less windy and a couple of degrees warmer but it was a lovely day nevertheless and the rock ‘n’ roll people were so happy as you see from the videos.

People were in a holiday mood . I struck up conversations with at least half a dozen people and had a good and humour filled response.

Off to catch the bus and made it in time for supper. Unfortunately buses carry Wi-Fi and advertise it as a ‘bonus’. I am unfortunately electrosensitive and suffered very much in terms of prickles and headaches and pain that does not go away so I had to endure another two hours of this on the bus. The human body is not designed to cope with electromagnetic fields not to mention the dreadful 5G that is coming.

After the supper there was an entertainer and a bingo session. We arrived after the others and sat in a corner. After a time we were aware that there were four ladies talking over the performer and ignoring him altogether. Their husbands were watching not saying anything. I found their behaviour offensive and insensitive to the other people there. Of course I could have moved away but that seemed rather cowardly so I went up to the most vociferous lady and explained that I could not hear what was going on and could they please keep the noise down. They were Yorkshire people. Bravado was the order of the day.

Surprise surprise they went on the attack and asked what the matter was with me. The lady said to me that ‘you better talk to our husbands then’. I suppose she thought I would be intimidated by the fairly large gentleman who were sitting mute watching the performance. That was a mistake on her part. The men turned round to me and asked if I was deaf because they could hear what was going on perfectly well. For some minutes there were mutterings and glances at me but I could see that I had hit home; for 10 minutes anyway they kept their voices down. The problem solved itself when two of the ladies departed but not before they had talked over the bingo caller which is something you never do. I think some people are just born insensitive and the world must revolve around them. That’s not my way of thinking. I could have said some more but I decided not to push it otherwise I might have got a thump. I could have won prizes of £15, £20, and £31 on the three bingo games that I decided to let someone else win.

And so to bed. I find that in some hotels, the mattresses are very firm indeed and I get sore hips. I spoke to a nice member of staff who agreed to put two extra layers underneath the duvet and the problem was solved. I gave her a tip. I’m not so sure how many people give tips after three nights because it is too short to form a bond and that is if you ever see the person at all. However, that’s not my business what people do.