I can truly say that today was an unusual day. This diary could be slightly chaotic. I am going to try and take a day off tomorrow. We are going to a summer fayre beloveded of villages in Somerset and in most other places. 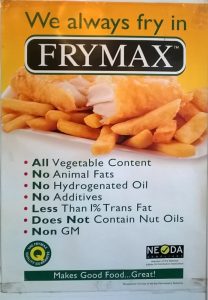 On our way home from Bath, I stopped off at  Peasedown because I had forgotten to eat due to being busy. I discovered a chip shop which does chips the way I like them, mushy and buttery together with what turned out to be a very nice cod.

You take a  risk with any fish and chip shop; overcooked and over battered fish for example,  but on this occasion it was a treat. I enjoyed to see the announcement.

Anyway, plenty happened before that, and we should begin at the beginning as they say. Today in Mumbai my son married a young lady from India, Mumbai to be precise. We made Skype contact with them after the occasion, parents in the background, and they showed me with great pride the henna which is a decoration of the hand and other parts of the body but mainly the hand. Both daughter and mother had this treatment and it can take hours to put on. The wearer is supposed to leave it on whereupon it gets darker which shows the depths of your love for your partner. The designs were most extraordinary and detailed and when I get a photograph from my son I will put it up to show you. I have no idea how they’re going to sustain themselves financially, but it is a new adventure for my son was 40 years of age so he has well and truly left the nest.

To Bath to hear a talk on the dangers of 5G. It is very encouraging to see the explosion in interest. I spent most of yesterday compiling a list of Facebook groups interested in this topic. That is not as easy as you might think because the whole world does not speak English and searches only appear in the English language. If you think about it, if every language was searched you would get hundreds and hundreds of decipherable entries. I am up to about 150 at the moment.

The talk was given in Bath Town Hall. They wanted an outrageous amount for hiring the room, £350 which shocked me. (shows how long ago I hired a room). Unfortunately they did not make a request for money and I think most people did not realise how much indebtedness the organisers have put themselves in. There was an unsuitable collection box on the way out, one of those were you really have to stuff notes into a little slot in the top. I looked in vain for a basket or something more open but without success. If it had been my evening I would have announced that there were costs of so much, and a contribution of X amount per person would cover it. Ah well, I can’t go around organising the world, people must learn for themselves.

The other thing the organisers did was to offer the talk for free. They offered 100 places. Normally, if people are not charged they do not value something and sure enough about 40 people did not show but on the other hand about 10 people who had not booked did turn up so we were left with about 70 people which filled the room quite adequately. 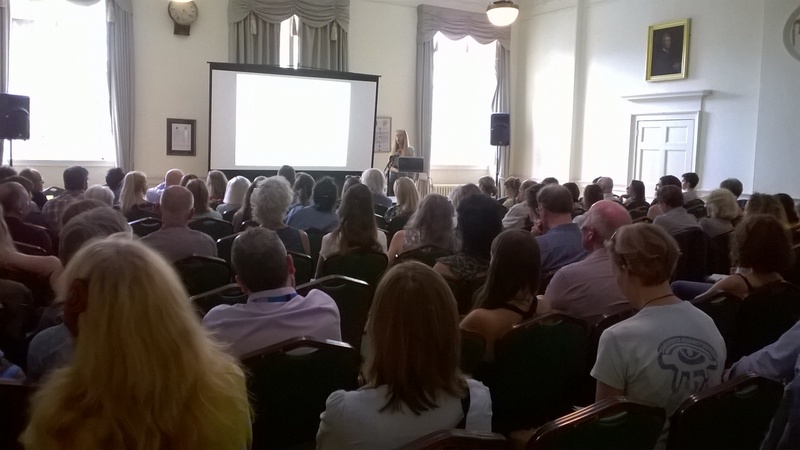 The talk was given by a doctor called Erica Mallory Bythe. Most of her talks are given to schools explaining the dangers of Wi-Fi especially with children who have even fewer natural defenses then us adults, i.e. thinner skulls. I had heard most of her talk before, which was a standard talk with slides, so I sneaked out and took a walk outside and went to see my favourite gardens in the centre of Bath. Link here follow some images. 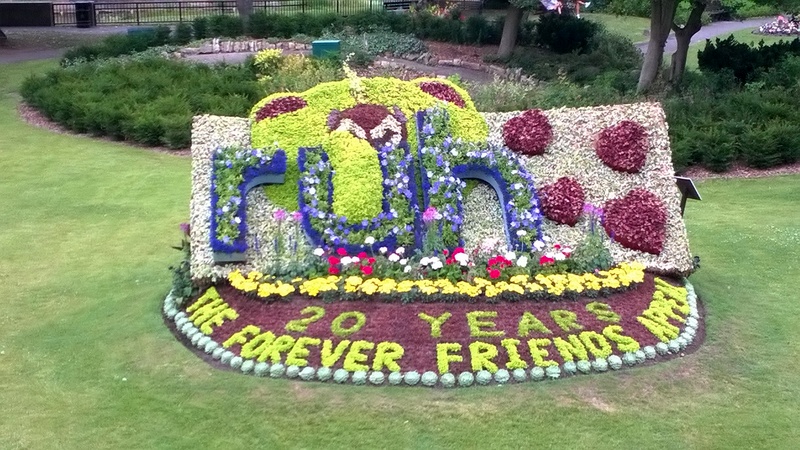 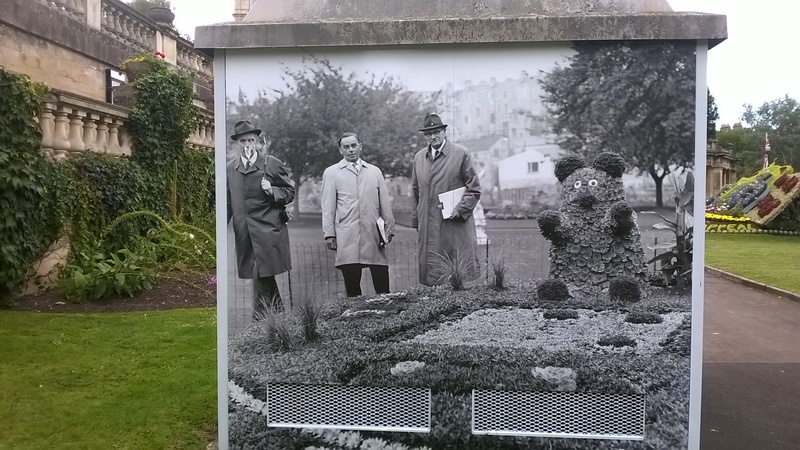 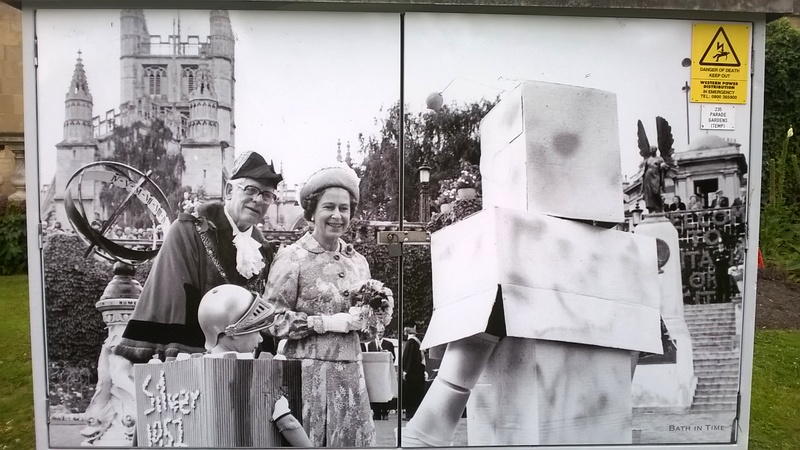 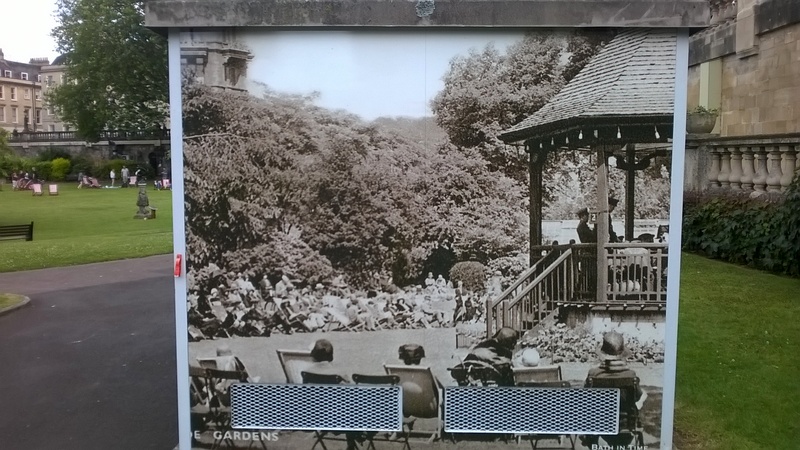 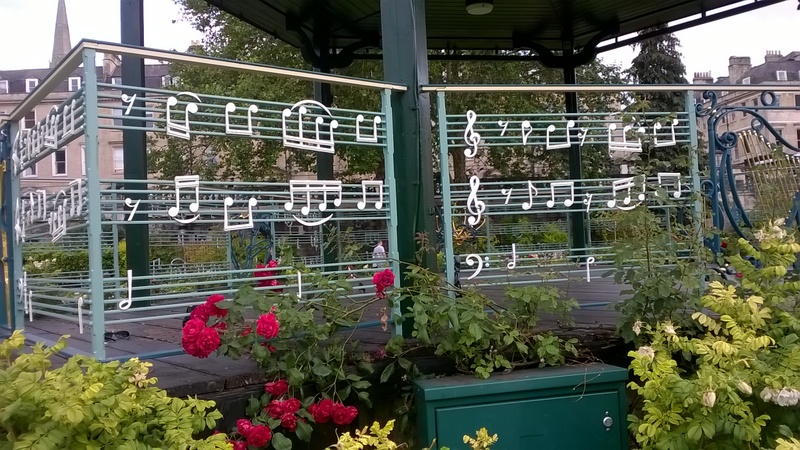 Anyway, back to the talk. A council representative was there and she was told in no uncertain terms that Bath had to take responsibility for the welfare of their citizens and it was not primarily up to us to tell the Council what was going on. She seemed to take it on board, and told us that she was listening to us (I’m always suspicious when someone says that) but said amazingly that Bath had no plans for 5G when in fact 5G was launched near the Roman baths – I think it was about a year ago. The audience were having none of it and the only big round of applause was the demand for the acceptance of responsibility by the local authority.

Two of Erica’s slides were points that need to be made again and again and showed how dangerous and untested system was from health point of view. She’s concentrating on health and not the politics. Wise move. No one person can understand all aspects. 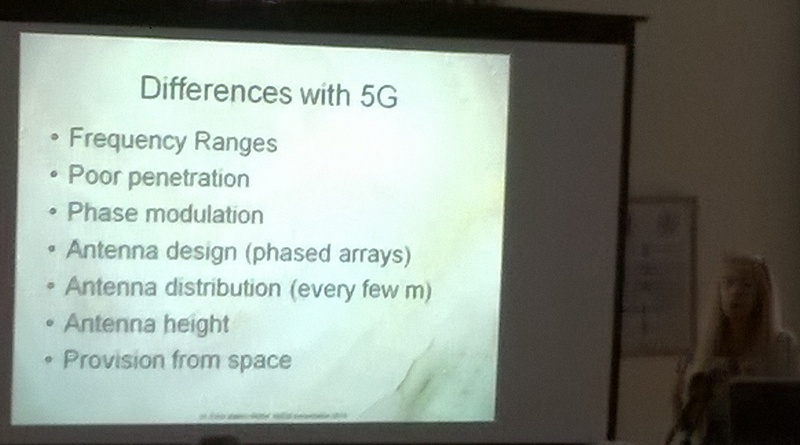 I stood up and made the point that we did not know the effect of the combination of technology effects.

1. broadcasting from mobile phones as they exist at the moment
2. 5G phones
3.  so-called small cell radiators at street level
4.  radiations from LED lights in the lampposts
5. existing smart meters which do far more than measure consumption of electricity
5.finally and most horrifically the 20,000 satellites that are going to be going round in low orbit blasting us with microwaves. 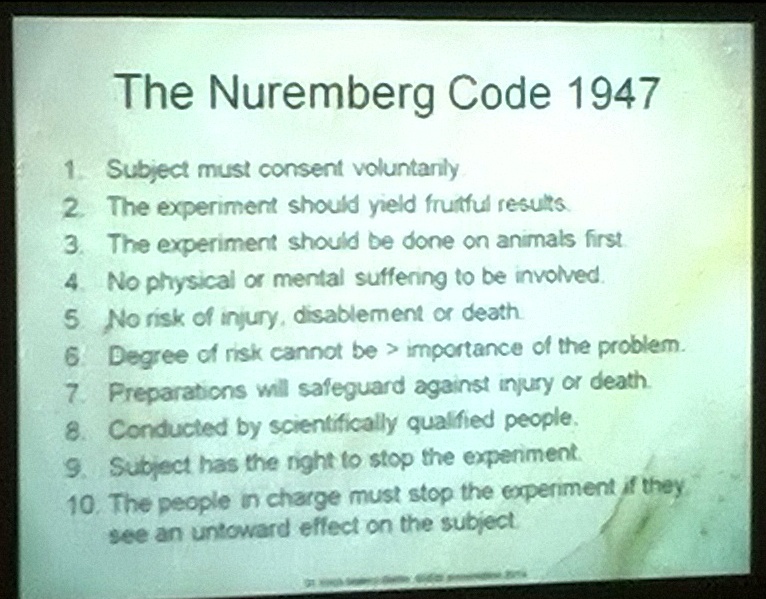 Basically, 5G is one big worldwide human experiment using untested technology. There is no doubt that many people will die of cancer and suffer many unpleasant symptoms. The problem is that most governments of the world have already accepted their 30 pieces of silver in the form of selling licenses which go into the billions of pounds. If the whole thing is discovered to be unfit for purpose and the government disallow 5G then the companies are going to want their money back. Lawyers are going to have a wonderful time.